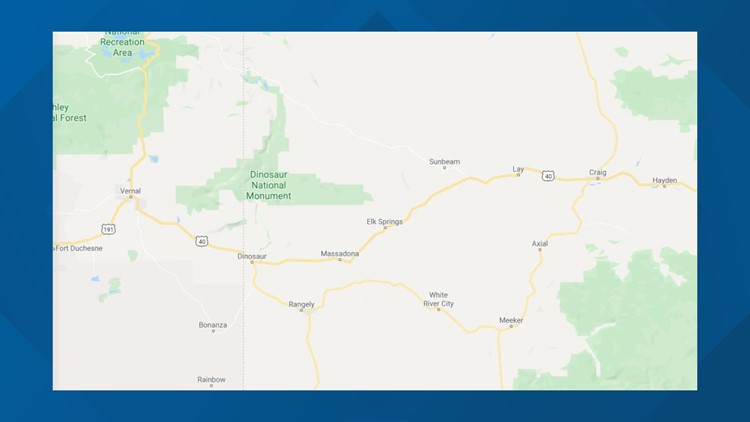 MOFFAT COUNTY, Colo. — One snowmobiler has been found dead and another injured after a search at Dinosaur National Monument, located along the Colorado/Utah line west of Craig.

According to a release from Dinosaur National Monument, park rangers responded to a request from the Moffat County Sheriff's Office on Thursday to help in the search for two missing Colorado residents.

The two men were last reported to be snowmobiling in the Wild Mountain area near the northwest boundary of the monument, according to the release.

The men were found by helicopter in a remote area of the monument on Saturday, the release said. One man, age 58, was found dead. The other, age 65, was alive and taken to the hospital.

RELATED: Skier found dead off side of trail at Keystone

RELATED: Man found dead in Gregory Canyon, circumstances not believed to be suspicious