City websites have been down all afternoon. City staff tell 9NEWS there is no indication this is a hack of any kind. More likely a software problem. 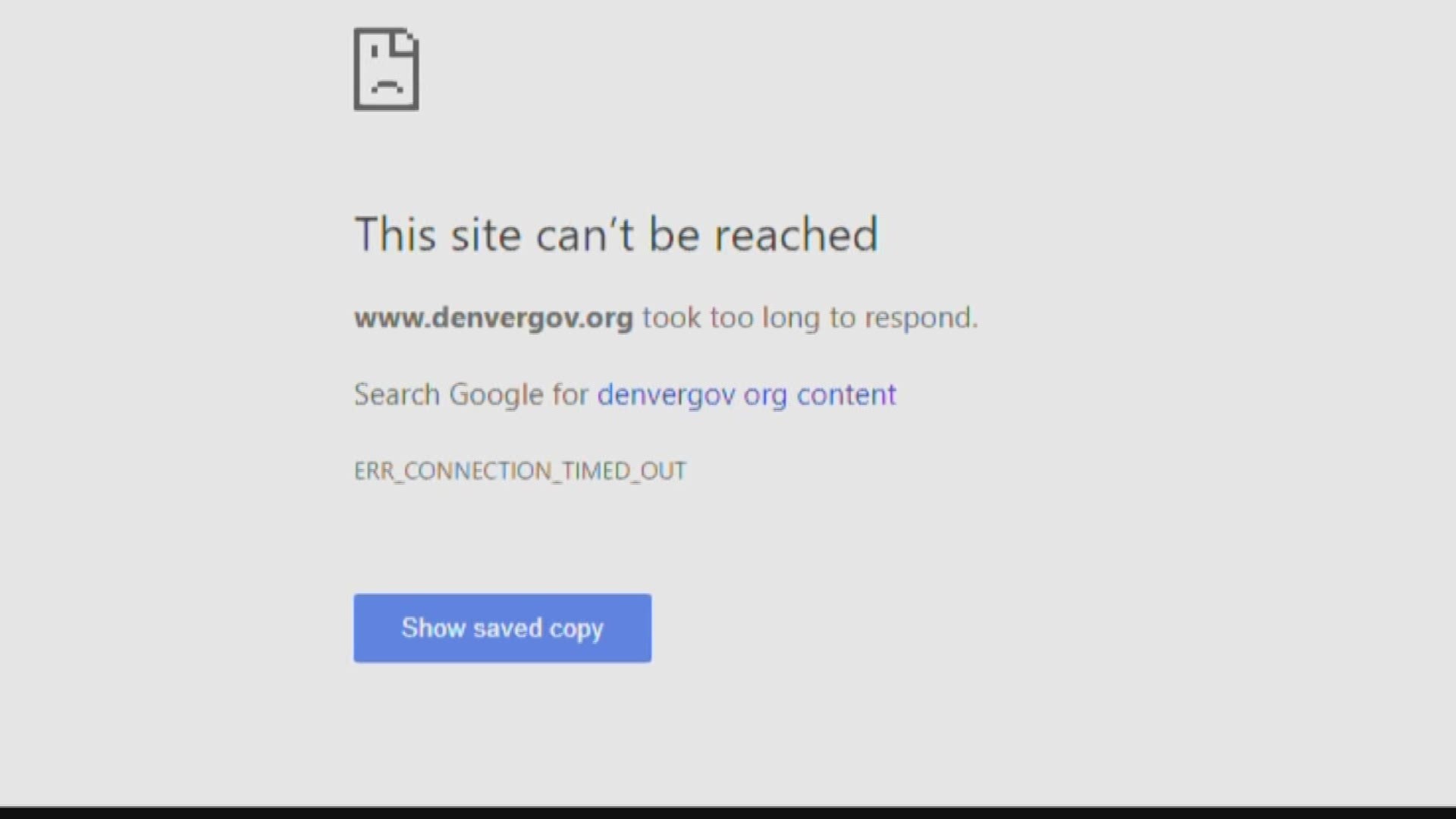 If you're trying to go to the city's online portal to pay off a parking ticket or apply for a permit of some kind, you're gonna have a bad time.

The city said on their Facebook page Wednesday afternoon that their websites, denvergov.org and pocketgov.org are down. Also included in that are the city's 311 number and a few other phone lines.

You can access some parts of the sites - but trying to do anything of substance on them will net you an error.

All the services dropped earlier in the day. A spokesperson for Public Works said her computers went down around 11 a.m. The city announced the outage just after 1 p.m. and said they'd update when the outage was fixed.

No reason for the outage has been given other than a software problem. There is no indication of a hack, the mayor's spokesperson tells 9NEWS.

Denver Police also announced on Twitter that their "Text to 911" feature was also experiencing problems and that people should call 911 if they're in need of help.

ALERT: #Denver’s text to 911 function is currently experiencing an outage. Anyone in need of emergency services is asked to call 911. Please, do not text. We will update when it’s restored. Thanks and apologies for any inconvenience. pic.twitter.com/TRPpV4MZnQ