Before the fireworks went off from Wednesday night at Broncos Stadium at Mile High, something else lit up the sky. 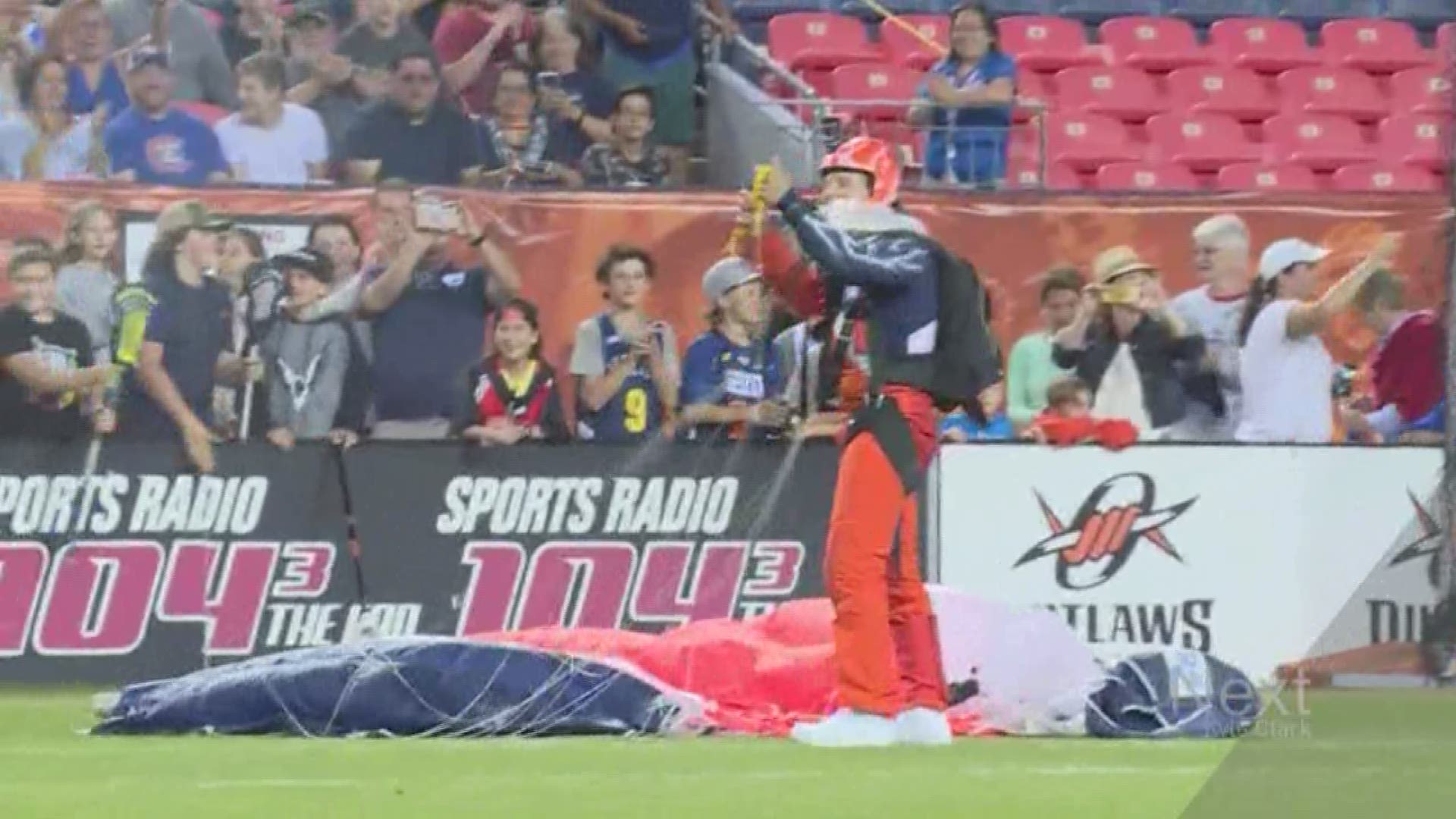 DENVER - If you were out and about Wednesday night, chances are you noticed an assortment of fireworks lighting up the sky in celebration of the Fourth of July.

And those with a keen eye near Broncos Stadium at Mile High may have noticed something else too.

Following the Denver Outlaws game against Boston (Denver won 25-11), a skydiving team wore flares as they soared into the stadium.

The bright orange lights caught the eyes of several 9NEWS viewers wondering what they were.

On Wednesday night, they were an eye-catching kickoff for a fireworks show at the stadium.