The Colorado Department of Labor and Employment says the majority of people do not have issues. 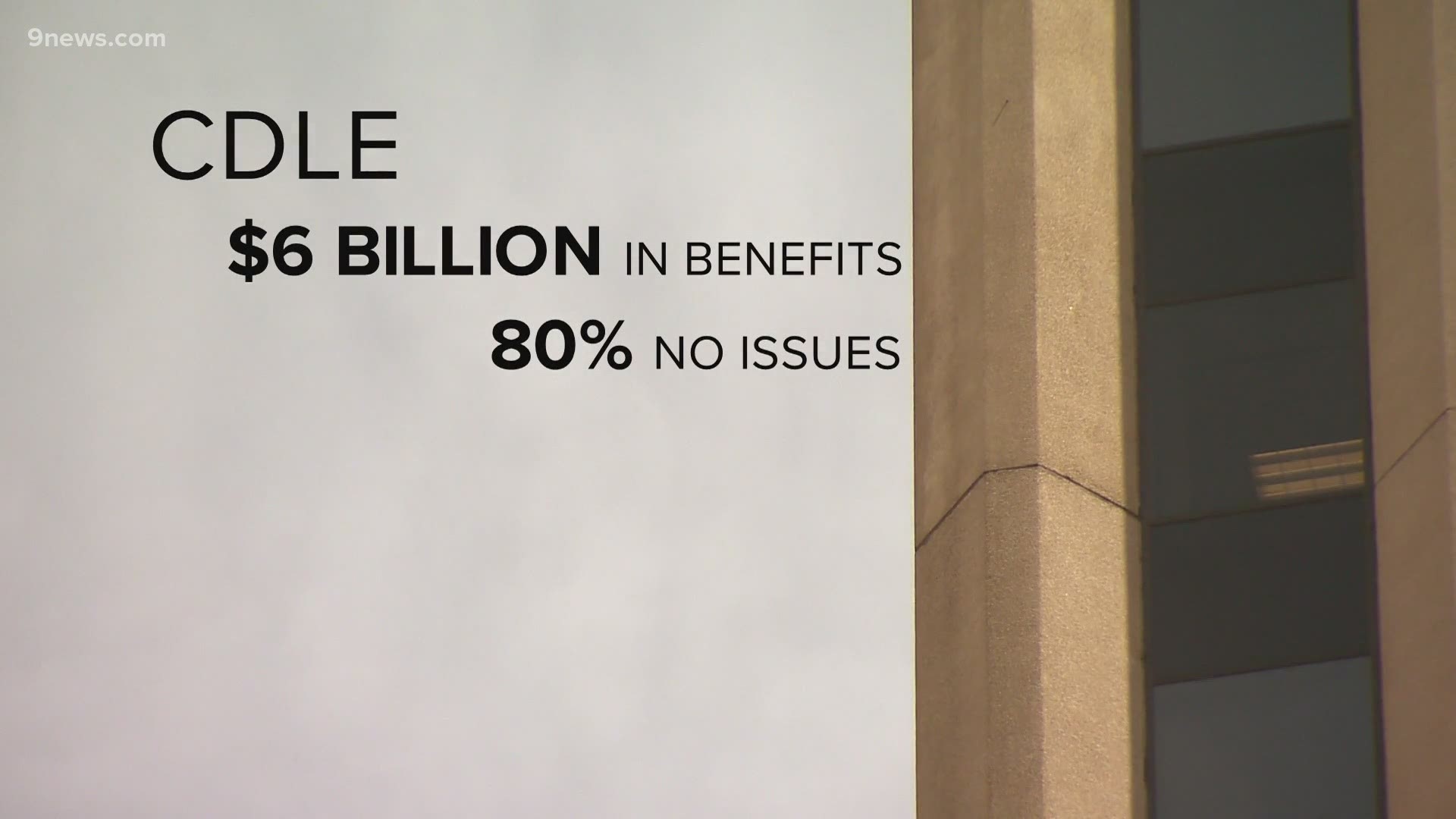 DENVER — A call to the state unemployment office can be summed up in one word for Crystal Cassan.

"It's so frustrating," the Loveland woman said.

She is trying to get someone with the Colorado Department of Labor and Employment (CDLE) to call her back. After exhausting her regular unemployment benefits, she says she gets an error message when she applies for the extension of benefits from the CARES act known as Pandemic Emergency Unemployment Compensation.

When she gets to the end of the prompt on the other end of the line to schedule a callback time she hears the automated voices saying "sorry we currently don't have any slots available."

Cher Haavind, the CDLE deputy executive director, said they temporarily stopped scheduling callbacks this week to try to re-schedule people who have been waiting a while for earlier slots. Haavind said people should be able to schedule a new callback in a couple days.

"We are also reviewing the reasons for callback and sorting them by issue type, as we did previously when we rolled out the virtual agent. Our analysis for December callbacks is showing us that the majority of reasons for callback are situations where they do not need to speak with someone, for example reporting fraud, stopping a claim or reopening a claim all can be done without ever speaking to a person," said Haavind.

Haavind wrote in an email "there are hundreds of these taking up slots from those who DO need to speak with someone."

"It's been frustrating to say the least," said Kendal Cleveland, who hasn't received any benefits since she filed for unemployment after being laid off in March.

After months of trying to get answers, CDLE contacted her today. 9NEWS gave them examples of people experiencing issues, but we didn't ask them to contact the claimants.

“We will pay all the back pay they owe you," said the CDLE employee on the other end of the line.

Cleveland still doesn't know what went wrong in the first place, but feels grateful that her benefits will arrive soon. She says she's been living off of her savings for the past eight months.

“The uncertainty of everything just over months of not hearing anything," she said. "I’m really excited it sounds like we’re making some moves."

Haavind says CDLE has paid out nearly $6 billion in benefits since March, and added that 80% of people don't have issues.

RELATED: Many unemployed Coloradoans will get a $375 stimulus payment under new executive order

There are several questions CDLE says claimants should answer that could impact their eligibility for benefits: