The Town of South Fork told Sol Mountain Farm they would lose their farmer's market if they questioned unwritten town policies. 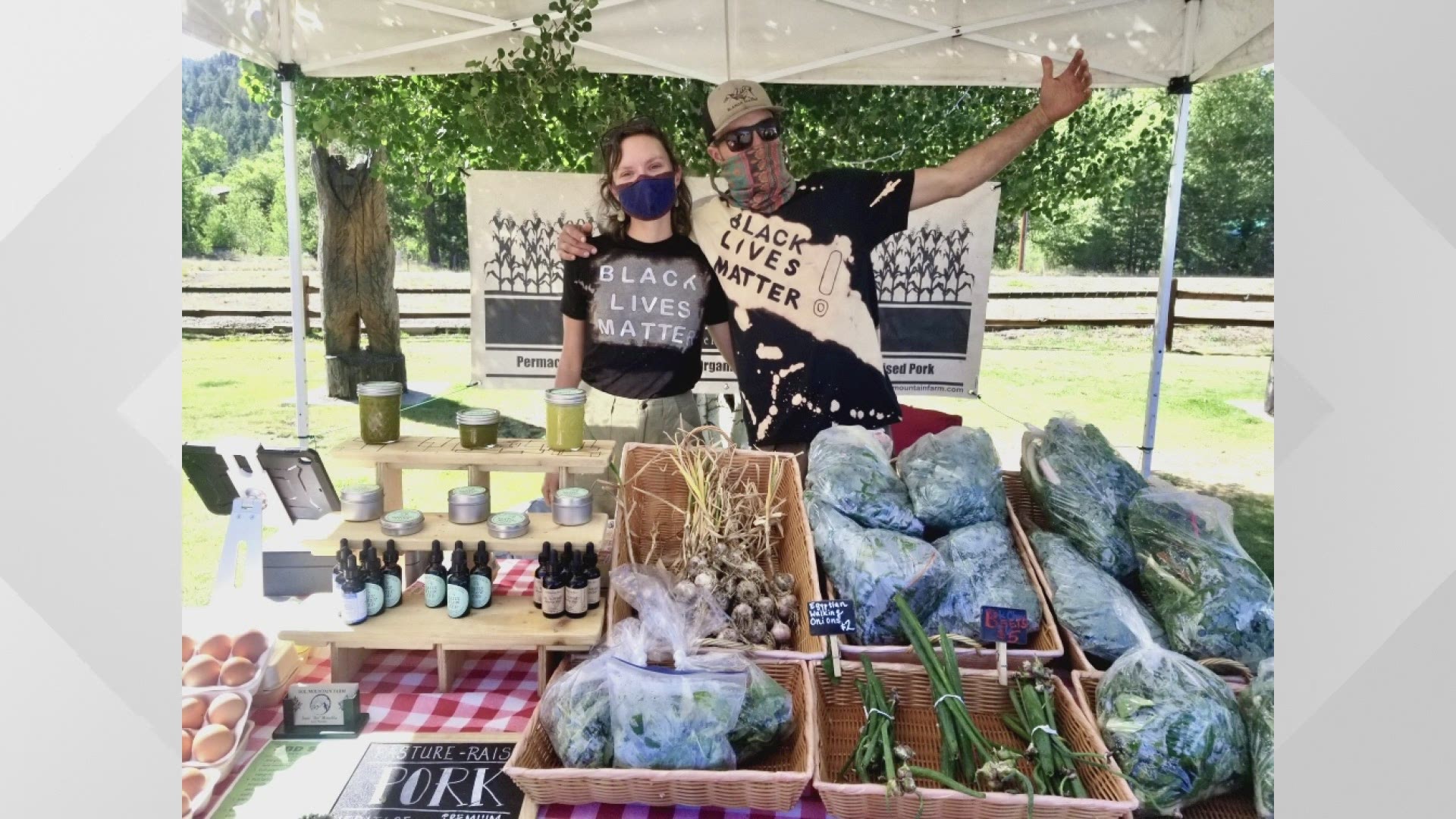 SOUTH FORK, Colorado — The managers of Sol Mountain Farm wanted to start a conversation with their community members at the South Fork Friday Market. But it nearly cost them their entire business.

Sol Mountain Farm isn't a stranger to social justice causes. They helped organize peaceful protests in the wake of George Floyd's death and taught classes on sustainability in local schools. So it wasn't out of character when farm manager Ike Manobla and his partner decided to ask for voluntary dollar donations for Black Lives Matter at their farmer's market booth.

"After they ordered something we rang them up, and I asked, 'Would you like to donate $1 to Black Lives Matter,'" Manobla said. "This started a lot of really good conversations that we ended up having, and that was basically where I wanted it to go. Like, I think we made $3 that day but it was really important to have these conversations."

But Manobla said not everyone in the conservative-leaning town of South Fork appreciated the conversations. He said a woman complained about the drive to the town. South Fork immediately took action, notifying Sol Mountain Farm that no one could ask for donations for any organization on town property.

"Our response was very polite and it's trying to gain more information. We said, 'Okay can you please show us the policy so that we can better enforce it as the organizers of this town event,'" farm owner Wes O'Rourke said. "Their response was, there is no written policy. And if you choose to argue this point, we will simply remove you, and replace you with someone else."

But later, the town made the new policy formal.

"We were told that it was an oral policy that was just adopted at a town board work session," ACLU of Colorado Legal Director Mark Silverstein said. "Later I believe someone from the town came to a subsequent market and handed out the middle sheets of paper that basically announced the same thing that soliciting contributions for causes would not be allowed on town property."

Operations Manager Angela Lee is also an attorney. She saw the note first and she said a warning light immediately went off in her head.

"When I received those communications from the town I had an immediate red flag of unconstitutional behavior," Lee said. "The history of the farm and the context we're coming from, South Fork is a very conservatively-minded place. And we've always kind of felt some ostracizing because of our views."

The three said they felt like while they had always been the odd ones out, this was simply the tipping point.

"It's just been this point of contention for a while because we have been so active and vocal in our own community, but to come to this point where the town actively silenced our exercising of free speech in such a disrespectful way was really appalling to us," Lee said.

So they reached out to the ACLU of Colorado for legal advice and backing, and with their help, sent a letter to South Fork demanding answers.

This is what #radicalfarming looks like. Today, we at Sol Mountain Farm stand STRONG and PROUD alongside ACLU of...

"Our letter said it was a violently egregious threat of retaliation, and indeed it is," Silverstein said. "No government official can threaten to retaliate simply because people are asking, 'Where can we find that policy in the municipal code.' That's what happened to Sol Mountain Farm."

Even though they potentially face further retaliation for the letter and speaking out, Lee, Manobla and O'Rourke said fighting the policy is worth the risk.

"This is the first time we really put our livelihoods at risk," Lee said. "It was a hard decision for us, whether we tell our story and hope to right this wrong, or whether we just stay silent to protect our livelihoods and the like because of all of our vendors too. You know, we as a business, the three of us, talked a lot about this and decided ultimately that this is something worth fighting for."

Both Sol Mountain Farm and the ACLU are hoping the letter is enough to reverse South Fork's new policy, but they're prepared to take legal action if necessary.

"Hopefully the law would be on our side and help us find some justice through those means but we hope it doesn't have to come to that point," Lee said. "We just want to make sure that this type of injustice doesn't happen again. That's our goal. And that we can all move on peacefully."