SL1 was born earlier this spring at the Standley Lake eagle's nest, which is the subject of a popular live stream. 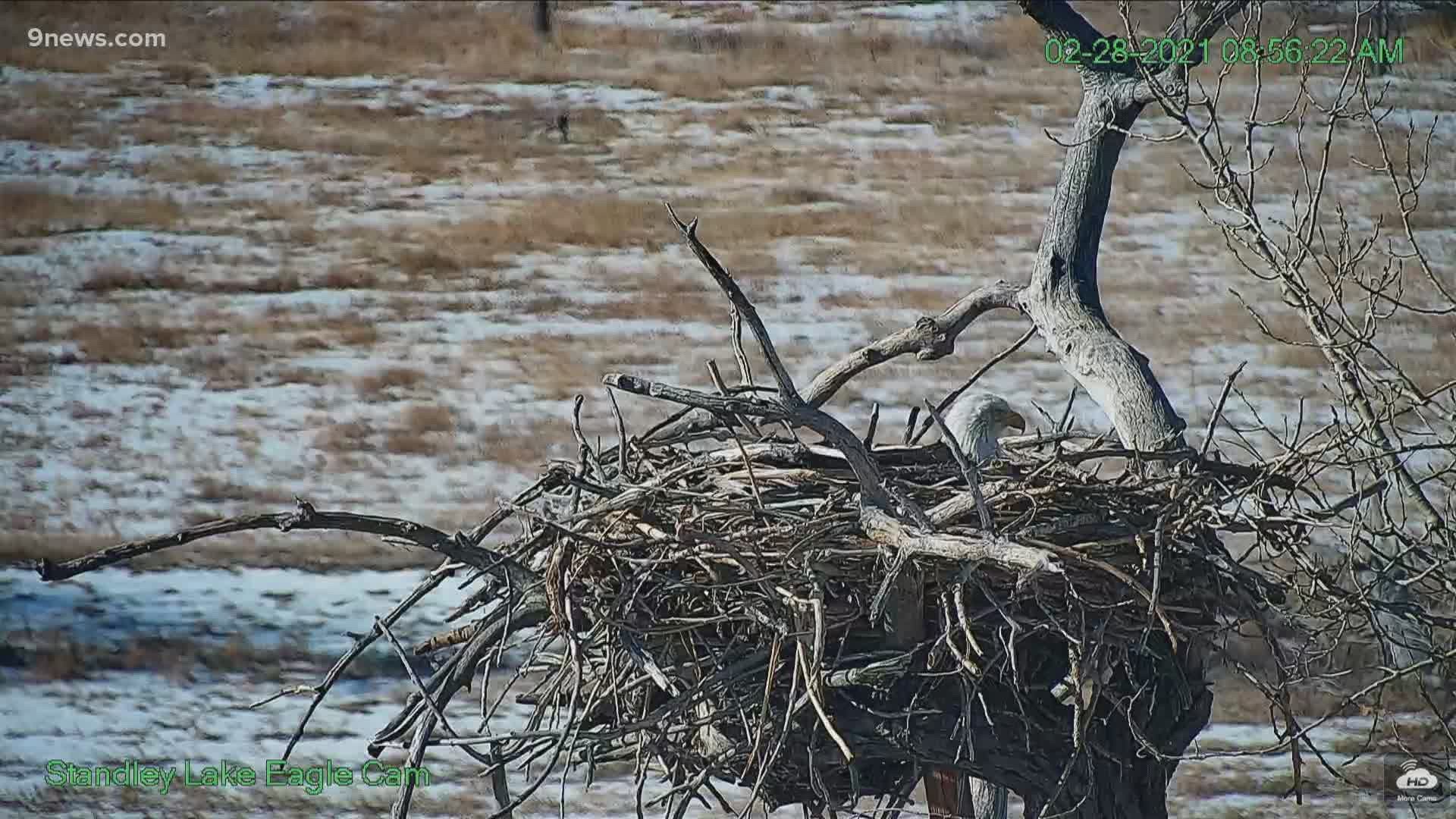 WESTMINSTER, Colo. — The lone offspring of a pair of bald eagles at Standley Lake did not survive after the nest collapsed sometime Wednesday afternoon.

The eaglet, named SL1, was born earlier this spring. Its short life was captured on a live camera that has been watched by people all over the world.

It’s unclear what caused the nest to collapse. In a Facebook post, Standley Lake Regional Park did not provide an update on the whereabouts of F420 (the eaglet's mother) or the father.

As recently as this morning, SL1 was seen on the live camera raising its wings as if it was about to fly.

Only 5 weeks old and trying to fly already! SL1 is a typical teenager, looking to fledge the nest as soon as possible. Not to fear, the little one won't be leaving until late summer 🦅

Posted by Standley Lake Regional Park on Thursday, May 13, 2021

SL1 was removed from the nesting site due to federal protection and is being taken to the National Eagle Repository at Rocky Mountain Arsenal.

According to the U.S. Fish and Wildlife Service, bald eagles will often rebuild nests in close to the same area after they are destroyed.

> The video above is from a previous 9NEWS story about the eaglet.

RELATED: Nest-wrecking Standley Lake eagle now a mother (and the father is the man she stole)

Nest building could begin as early as November or December, or one to three months before a female eagle will lay eggs.

As for mom and dad? The National Audobon Society says eagles usually mate for life, and often return to the same nest year after year.

An eagles nest at Barr Lake was also destroyed this year after a tree fell.