Shamson Sundara discharged his weapon May 7, after two students entered the school and opened fire. Bullets went through a wall and wounded two students. 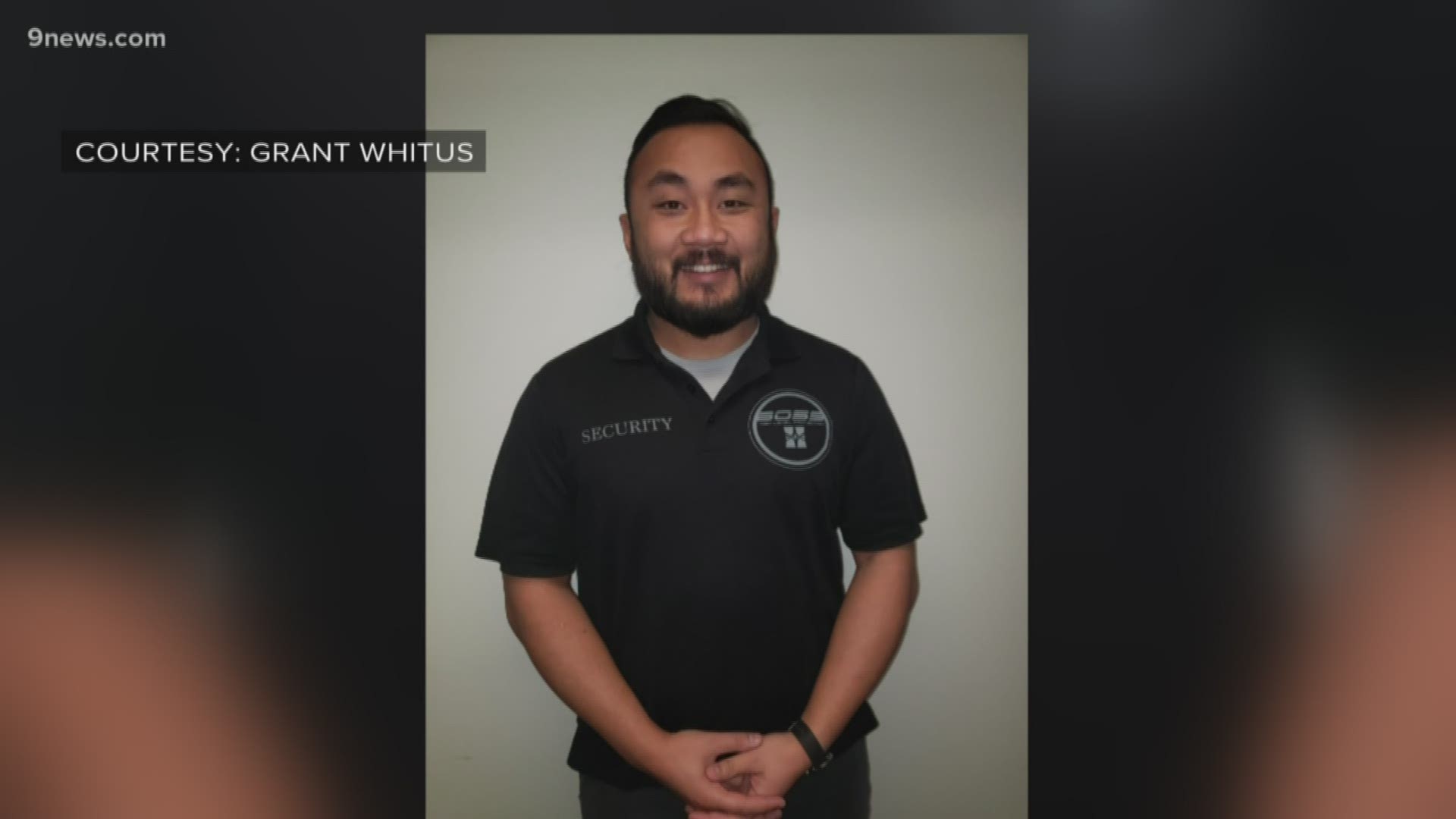 HIGHLANDS RANCH, Colo. — The security guard who shot and wounded two students at STEM School Highlands Ranch during a deadly shooting at the school last May "acted in compliance with applicable law" even though he was prohibited from carrying a gun at the school as part of his employment contract, a statement from the 4th Judicial District Attorney's Office says.

As a result of the investigation by the 4th Judicial DA into his alleged improper use of a weapon on school grounds, Shamson Sundara will enter into an adult diversion program and take part in a restorative justice forum with the victims.

"What he did to deescalate the situation is huge. It’s beyond what most people realize," said Kendrick Castillo's father John Castillo. "I’m also saddened that there is still punishment for him, I don’t understand that being [he's] a hero."

The 4th Judicial DA was tasked with investigating Sundara's action during the May 7, 2019 shooting at the school that killed 18-year-old Kendrick Castillo.

Eight others were shot and it was previously reported that one of them was shot by a private security guard, identified as Sundara.

The DA's report released Friday concluded that, in fact, Sundara shot two students after he detained and disarmed one of the alleged shooters in the school hallway, possibly preventing further injury and loss of life.

Just after detaining that suspect, the DA's report says Sundara saw a person dressed in street clothes around the corner of the hallway and spotted the muzzle of a gun.

Sundara fired two shots in the direction of the gun. Both shots missed the person, who turned out to be a law enforcement officer; however, they went through the wall of a classroom where students were gathered.

"We obviously were trying to determine what was the appropriate accountability for him in this case," said District Attorney Dan May. "Based on the circumstances, based on what all the concerned parties felt was appropriate and in consultation with his attorney, we felt this was a fair resolution of this case."

John Castillo said he feels for the victims but still considers Sundara a hero just like his son.

"These are things that can happen yes true but compared to the other side of it, you know I’m willing to accept that," John Castillo said. "His actions that day. I can’t imagine how much worse it could’ve been May 7 had it not been not only Kendrick’s actions but the security guard."

As soon as the law enforcement officers identified themselves, Sundara immediately and fully complied with their commands, the DA's office said.

According to an employment contract with the school, Sundara was prohibited from carrying a weapon on the school grounds.

"He saved countless lives that day, that's why we treat him as a hero," said Whitus. "I believe personally that, how do you charge a hero with a crime that, a man that saved so many children's lives that day?"

Colorado law allows for deadly force to be used if the person has reasonable grounds to believe they or another person is in imminent danger of being killed or of receiving great bodily injury.

Although it was illegal for him to have a gun on the premises, the DA determined that his actions were in compliance with applicable law.

As part of the agreement reached with input from the injured victims, their families, law enforcement and the Douglas County School District, Sundara will also complete 50 hours of community service.

Sundara also agreed to comply with any conditions required by the court. If he complies with all of the terms and conditions, the diversion will be closed.

"Happy with the agreement that's been made and we... Shamson's a hero and as time goes on [he] can tell his side of the story," said Grant Whitus, president of Boss High Level Protection, which employs Sundara. "I believe the community, the parents of STEM children, everyone's gonna reach out and be so thankful for all he did and all the lives he saved that day. We treat him as a hero, and I think everyone should and will in the future."