The autonomous lawnmower has a GPS tracker, which helped the owner tell Loveland Police where it was. 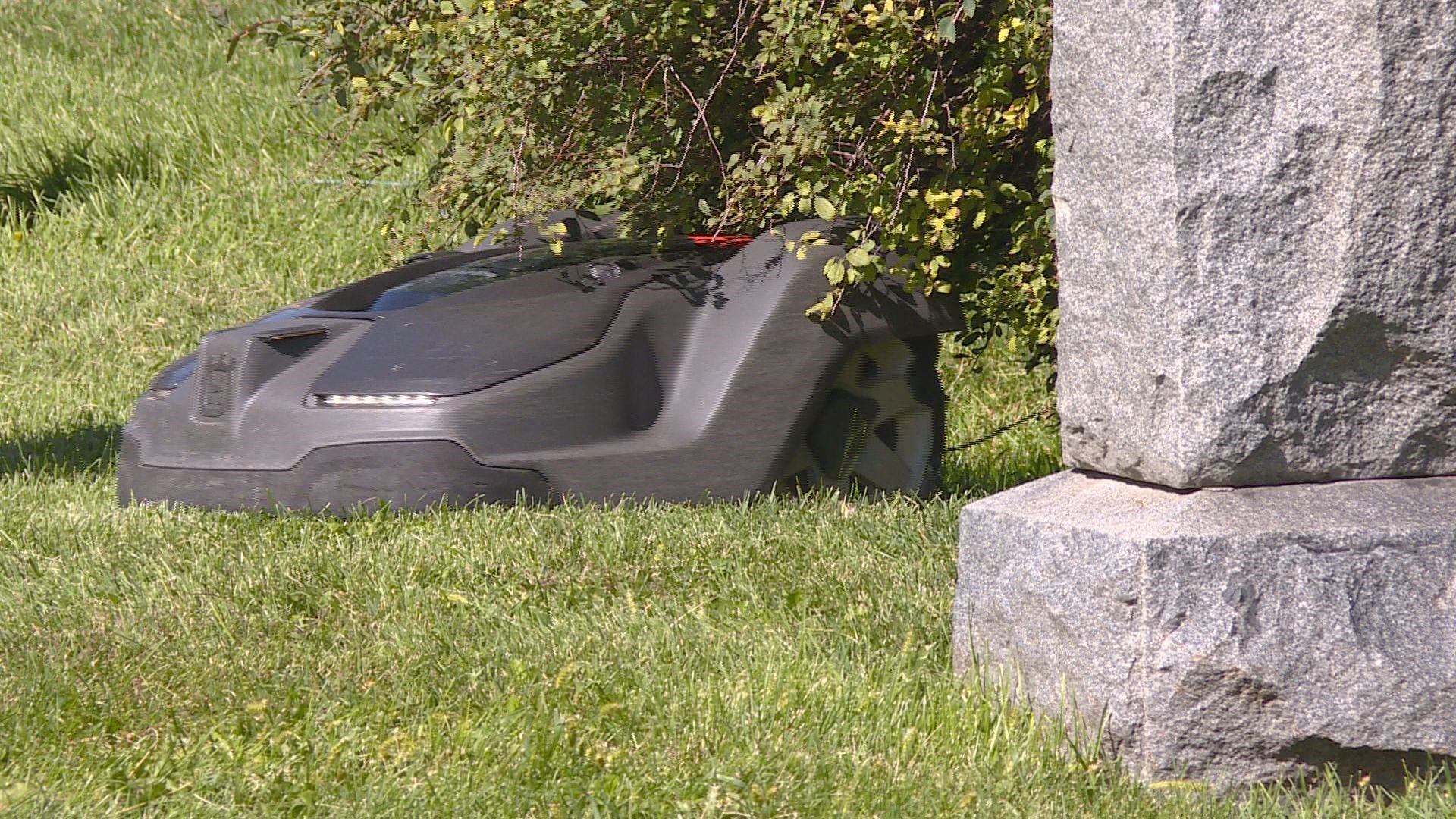 LOVELAND, Colo. — It’s an unlikely tool, something you probably wouldn’t think could help solve a crime.

A stolen lawnmower in Loveland led police to what they believe could be other stolen items.

When thieves decided they wanted to steal an autonomous lawnmower with the nickname "Cemey," its owner, Daley Schwery with Aspen Landscape Management, said he knew they wouldn’t get far.

"At any given point, you always know right where it is," said Schwery. "Cemey did his job in very, very nice form."

Cemey, a Husqvarna autonomous mower, works all day and night to keep the grass at Lakeside Cemetery in Loveland short and green.

It has a GPS tracker so that Schwery can see where it’s mowing at any given time. When the thieves took the autonomous mower, the tracker led police to a storage unit several miles away.

When prompted, the noises Cemey made inside the storage unit gave police cause to get a warrant to search it.

"I sent a sonar signal out. Cemey picked up the sonar...moved a little and made noise, and that was all he needed to get the warrant," Schwery said. "I knew without a shadow of a doubt that my mower was in that unit."

Loveland Police said they’re still investigating, but believe many of the items found inside along with Cemey could also be stolen.

The lawnmower GPS left pins at each location the thieves took it before putting it in the storage unit. That helped police trace back through each location, which they said will hopefully help them catch the culprits.

"He’s back doing what he’s supposed to be doing," said Schwery. "A few days later, he’s right back at work again."