Storytellers: DJ E and his wheels of steel

How one man said he found his voice through his passion for DJing. 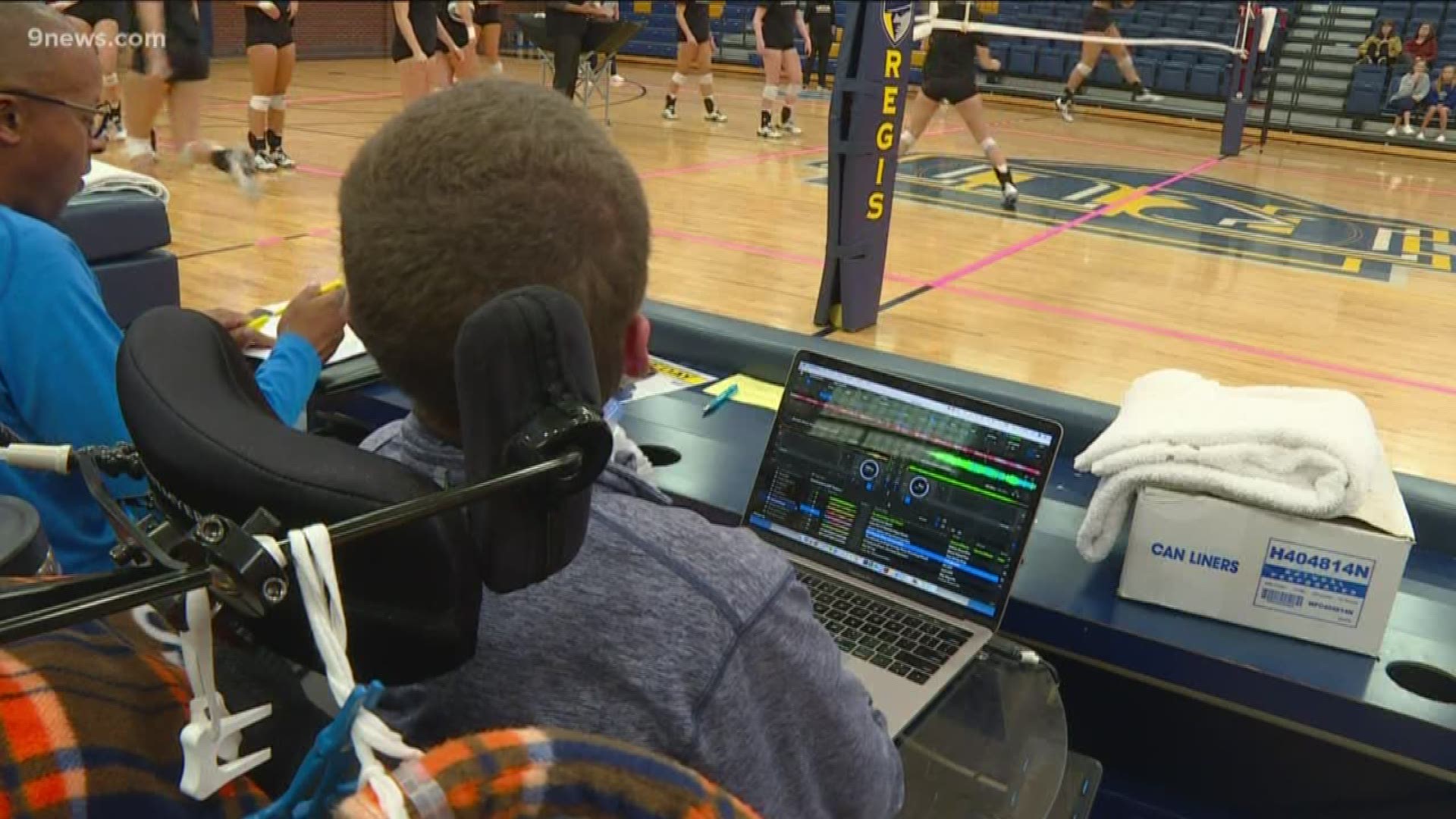 DENVER — Before you even step inside, there’s a voice louder than the rest welcoming you to Regis University sporting events.

It’s game time before a women's volleyball game, but as your eyes focus on the court, the beats pound through your ears.

"My name is Ethan Beaudoin, but I also go by DJ E. I’ve been around music all my life so it’s just second nature for me," Beaudoin said. "My parents and my family always said that you’d never have a job where you get to watch a game for a living. I’ve already proved them wrong."

Proving people wrong is something Beaudoin’s gotten used to.

Talking over a breathing tube and an oxygen tank, it’d be easy to mistake him for a quiet guy. He’s anything but that. Beaudoin has never spiked a volleyball. He’s never returned a serve. But he’s a part of the team that’s impossible not to notice.

"I always like to prove people wrong," Beaudoin said. "Being disabled, you always have limitations. But my thing is more than just DJing. I want to show the world and bring positive messages to others."

RELATED: Storytellers; Don't believe the rumors, this is the real story behind the Glenwood Springs flag

He was born with mitochondrial myopathy, a neuro-muscular disease that limits his mobility. Rather than telling you if it limits him, I let him speak for himself.

It started with a powder puff game five years ago. Then soccer games. Then parties. Now DJ E is more than just a DJ.

"Music makes everything better," he said. "Having the ability to create memories for people at any event is just awesome. There’s nothing better."

With a laptop and a speaker, DJ E has found his voice.

"I’m in a disabled body but I’m a physical human being," Beaudoin said. "We only live here once so why not make the best of it while we’re here."

Beaudoin is expanding his business, hoping to give others with disabilities the chance to chase their dream in music.