Storytellers: Meet the CEO who works and plays (guitar, that is) 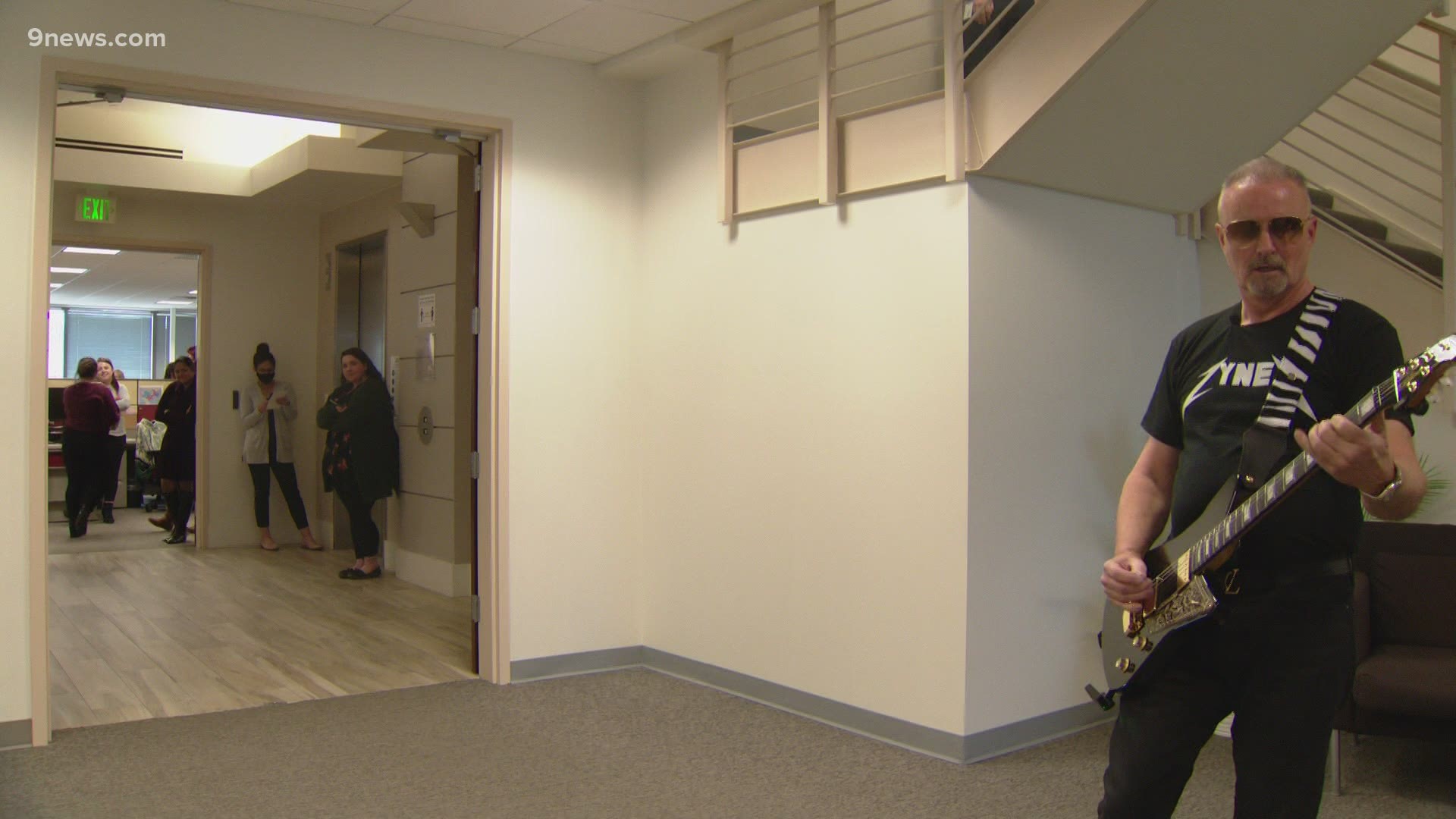 DOUGLAS COUNTY, Colo. — In a serious place of work where people make medical devices, Thomas Sandgaard is trying to end the opioid crisis.

"These devices deliver electric stimulation. This is prescription strength," Sandgaard said. "But, the main thing is there are no side effects."

He is the CEO and founder of Zynex Medical, a company that produces devices that alleviate pain without drugs by connecting electrodes to the areas that hurt.

"You introduce a different kind of electricity," Sandgaard said. "So, you have a perception of less pain."

RELATED: The reason for the recent strain on Denver's coroner's office (it's not COVID)

"I've had one of my sons have had an issue with that many years back," Sandgaard said.

Sandgaard started the Colorado Naloxone Project. He said he wants first responders across the state to have access to Naloxone, which is a medication that can quickly reverse an opioid overdose.

"So, we can get Naloxone out in the front lines and we literally save lives every day and I've supported a number of initiatives like that," Sandgaard said.

RELATED: How the pandemic is impacting another health crisis: opioid addiction

He's engaged in serious work. But, he does like to play.

"I was able to acquire an English football club," Sandgaard said.

"Whether it's on social media or even if I go into a pub or restaurant in London, I'm a familiar face," Sandgaard said. "Suddenly, people want to take selfies with me and all that."

Back home, Sandgaard is known for something else -- inside his Douglas County office building.

"Just to spice it up a little bit, so, I take a guitar and put a few amps on a cart rolling it around each floor and just crank it up and just try to put smiles on people's faces," Sandgaard said.

Before he moved to Colorado, he grew up in Denmark and wanted to be a rock star.

"I played rock music, played on big stages, did all kinds of things, worked in recording studios," Sandgaard said.

Now, he plays impromptu electric guitar concerts for those who work for him. He travels from floor to floor and jams for different departments.

"If it's a new employee, they go, 'Whoa, what's happening here?'" Sandgaard said. "People that know me already, they go, 'Oh there goes Thomas again.' But, it's usually with a smile."

"A lot of pressure just to get things done right, and we try to do everything we possibly can to share a positive atmosphere, and we just have fun with it," Sandgaard said.

Zynex Medical may be a serious place to work, but it does have a boss who like to play.

Sandgaard is in the process of recording an album with songs that he wrote. He also continues to grow his company and foundation to continue the fight against the opioid crisis.