The unexpected way a professional photographer reinvented himself during the pandemic

Chip Litherland had to think of a new way to make money after his photography work dried up during the pandemic, so he became a 'picker.' 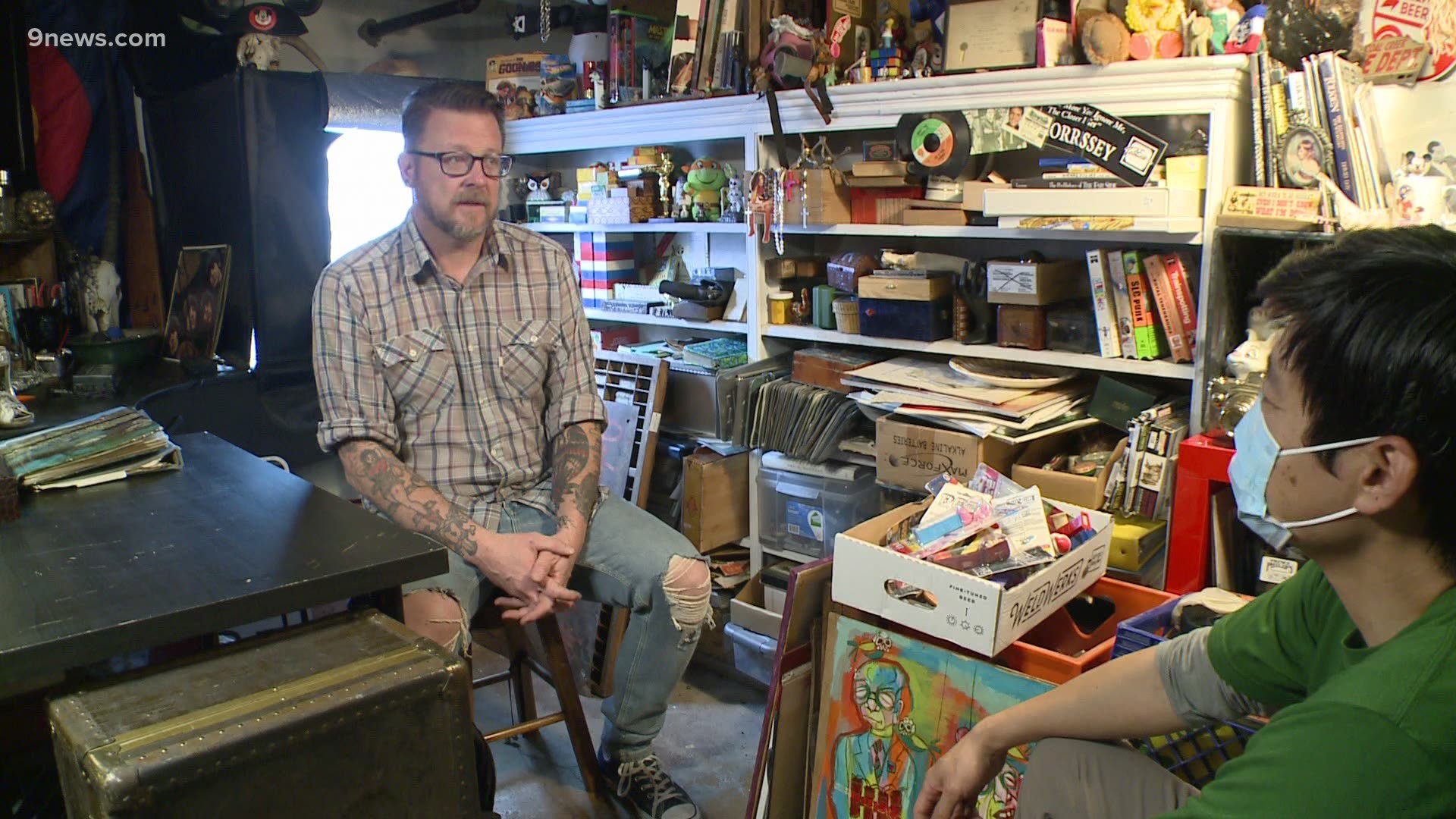 DENVER — After doing the same thing for more than 20 years, Chip Litherland found out how different things can be just one year later.

"I'm a professional, commercial photographer," Litherland said. "Everything from weddings just went away. People had to reschedule cause they couldn't have their weddings anymore. So, that means they don't need photography. Same thing with my commercial work."

As the pandemic changed the world, it changed the way this photographer looks at photos. Now, he scours pictures of items left behind in abandoned storage units. He has become what's known as a "picker".

"I buy storage units at auction," Litherland said. "I dig through estate sales and I rummage around in junk trying to make photos and find cool things to sell."

Credit: Courtesy Chip Litherland
Professional photographer Chip Litherland has started buying items from abandoned storage units and selling them to make a living during the pandemic.

While he enjoys finding collectibles, Litherland relishes the hunt and he does need the income.

"This side venture is definitely reinventing myself and causing me to rethink how, A, I make money, but, 2, what makes me happy and what I'm really excited about going after," Litherland said.

Litherland buys the contents of abandoned storage units without really knowing whether there's anything valuable inside.

"I had a lot of stress when all of this hit and money was going out the window," Litherland said. "This has been fantastic and it brings a smile when I open a box and I see something cool that I didn't even know I was going to own until that moment."

However, among all of the junk that he finds. He does find heirlooms that are worth selling like a set of collectible china found tucked inside a chest in a unit he recently purchased.

"That's a little bit of treasure. It pays for the unit," Litherland said. "Not at all what I thought was in this box."

He buys unit after unit and removes all of its contents. He said he ends up donating most of it and sells what he can to make a profit. His bids on storage units often cost several hundred dollars.

"These are units that have been abandoned. Somebody's gone to jail. Somebody's passed away. Someone can't pay their bill," Litherland said.

His hobby has now become his business called "Scavenged Goods". He uses his photography skills to create a blend of art and auction.

RELATED: Funerals are still delayed and restricted one year after pandemic hit Colorado

He also finds beauty in rescuing items destined for the dump.

"So, I found everything from like a Purple Heart I found. I returned that to the owner." Litherland said. "This bag right here is pieces of the Berlin Wall which is crazy. I almost threw it out."

One year after the start of the pandemic, this photographer now pictures himself and his life much differently.

"It's kind of nice, a mental change in a way of looking at my work and where I'm at in life and trying to figure out what I'm going to do next," Litherland said.