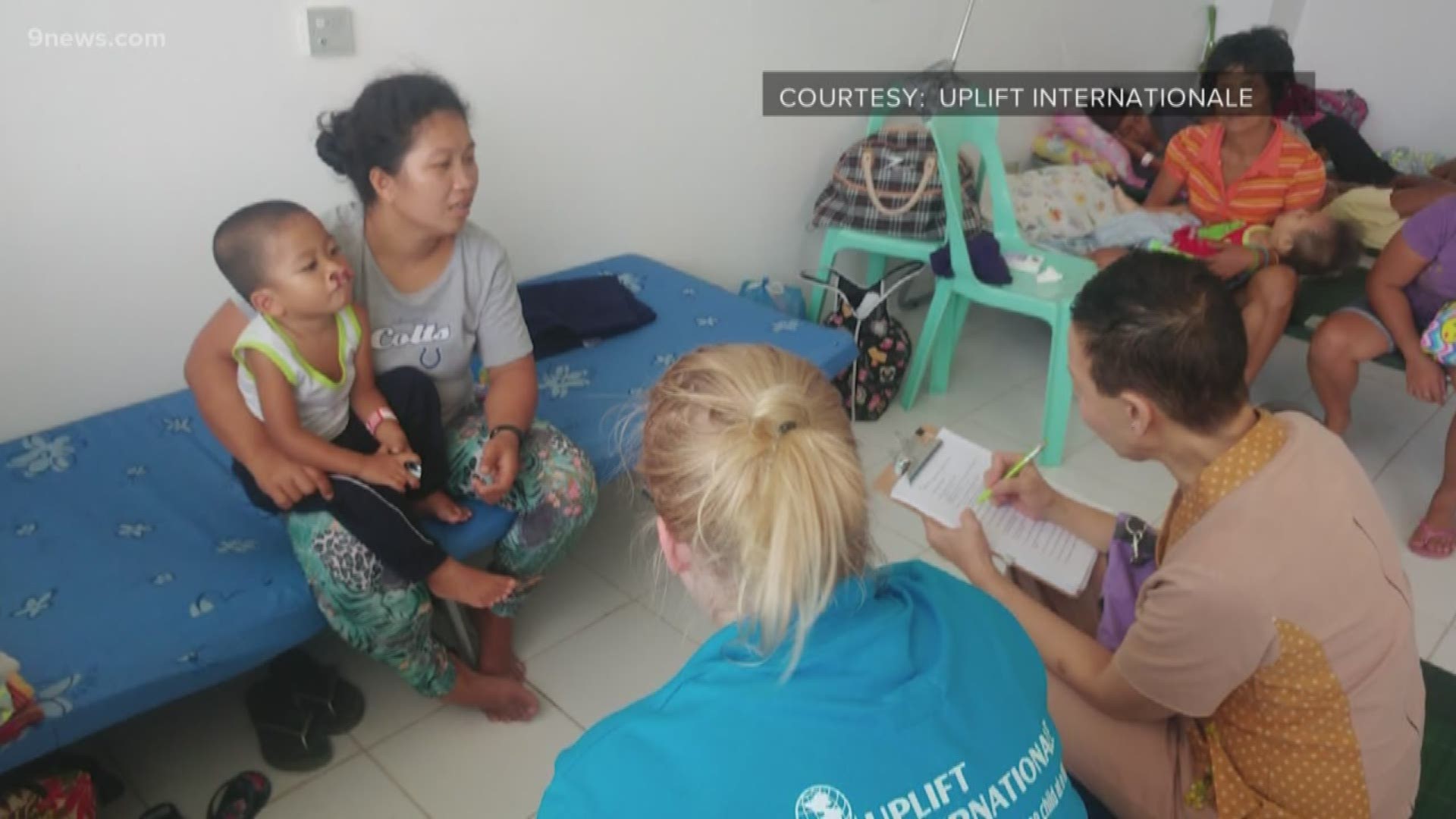 WHEAT RIDGE, Colo. — In the basement of Wheat Ridge Presbyterian Church, a little group sets up to make a big difference by packing boxes and backpacks for kids overseas.

"Bringing not only personnel but supplies," Dr. Jamie Yrastorza. said.

He is the founder of a nonprofit called Uplift Internationale which not only helps needy families with toothbrushes, toys and shoes, Yrastorza and his organization want to help kids in the Philippines with conditions like volunteer Jamie Bell.

"I myself was born with bilateral cleft lip," Bell said.

Bell and Yrastorza help kids who are born with cleft or palate deformities in rural areas of the Philippines where Yrastorza said up to 40% of the people have no access to health care at all.

"It's very surreal for me having a cleft to then be surrounded by people that look like me," Bell said. "When growing up, I didn't know another single person that had it."

Yrastorza picked this part of the Philippines because it's where he grew up. He gets doctors and other volunteers to pay for their own way, bring their own medical supplies, and perform surgeries at no cost to the families.

"Offer their expertise and their care and compassion to provide these children this new face, this new life," Yrastorza said.

A new life, Yrastorza said, because they're repairing more than their bodies. They are repairing their personas.

"A lot of kids cover their mouths with cloths, with handkerchiefs and they refuse to take them down," Bell said.

Bell said these kids would refuse eye contact with no confidence in their appearance or speech. Yrastorza said it impacts who they are.

"They end up a wasted individual as opposed to being a member of the community," Yrastorza said.

But, after their faces are repaired, Bell said everything changes.

"Having their surgeries, seeing themselves afterward in the mirror and they drop these cloths. They don't even think about those cloths and they walk out with their heads held high and it was from that moment I realized that we were truly changing lives," Bell said.

STORYTELLERS: Old Broads Boxing shows women at any age can be an athlete

Uplift Internationale has been doing this and has been celebrated for three decades -- since 1989.

"Thirty years is amazing for me. Any organization that can stick around for 30 years is a huge accomplishment," Bell said.

Yrastorza said when he started all this he never envisioned his mission would be ongoing 30 years and counting.

"We're happy that it's this way and it's very, very humbling," Yrastorza said.