Local artist creates 100 portraits to give thanks

Dwayne Glapion's "Faces in the Crowd" art show displays portraits done digitally for people who helped him during dark times. 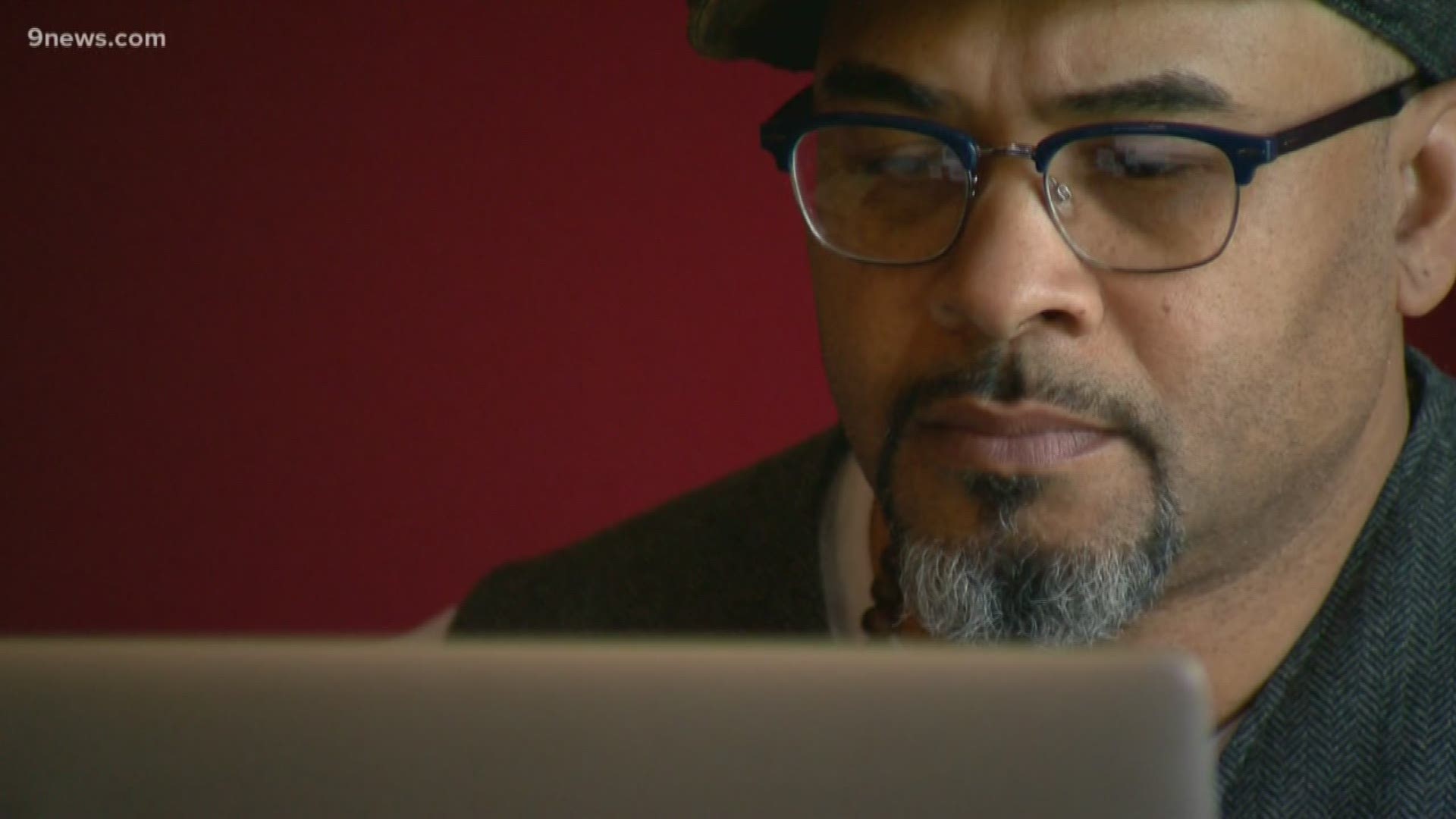 The digital art show called “Faces in the Crowd: 100 Portraits of a Community” by artist Dwayne Glapion will be on display at RedLine Contemporary Art Center.

It's a series he painted digitally -- the process of creating artwork on a computer. This is done through painting software that uses brushes much like traditional painting.

“I was able to paint and work as I had done traditionally,” said Glapion. “I got to get rid of the hazardous materials, the toxins, the clean-up … I didn’t have to ruin my clothes anymore.”

The show highlights women and men across Colorado who’ve made a positive impact on himself and the community.  From historically well-known people like Marie Greenwood (the first tenured black teacher in Denver Public Schools) to small business owner Talib Ashame, the 100 uncommissioned portraits include people in the community like artists, musicians, entrepreneurs, advocates, community leaders, politicians and poets. He said it's his way of giving back.

“(I’m) recognizing people’s kindness,” Glapion said.  “Everyday people that get up and make a contribution or go out and live their life or pursue their passion.”

Glapion said he came up with a number of 100 portraits because they are one of the hardest things to do and took on the project as a thank you to each one of these people.

“I’m just a regular person so it’s like, 'wow,'” said Karla Ashton, executive director of Dream Culture Corporation.  “It’s an exciting thing to be considered to even be a part of something like this.”

Denver Public School Board Director Tay Anderson said he was grateful to be included in this work.

"I was surprised, I mean it looks just like me,” he said.

After taking art seriously while he served in the military, Glapion said art was the only thing I could control – it gave him peace and happiness.

“It was a communion,” he said. “Art is a very spiritual act for me.  It allows me to explore me and the world to see things and ask questions … learn and educate myself.”

Glapion’s artwork captures different parts of his life’s journey during the good times and the dark times – like the brief period of time when he didn’t have a place to stay.

“I wasn’t out in a tent but when you have no place to go, you have a new understanding,” he said

That experience was a realization that could no longer afford the one thing that gave him peace.  He said there were times when he couldn’t afford anything but paper and pencil.

“Art supplies are very expensive,” he said.  “It’s not unheard of to drop a couple hundred dollars just for a few tubes of paint, few brushes and canvas.”

Glapion has been painting digitally for the past eight years and said he wants people to learn the stories of the people behind the portraits.  He feels the history you get when you have a chance to talk to somebody, reach out and touch somebody, ask a question and get an answer from that person is priceless.

“I’ve never had a portrait done and he captured me and I can see my history,” said Hanifah Chiku.  “I can see my mom, I can see my grandmother in that face.”

“(There were) times that I was lost, I was able to find that it was like therapy and when you delve into the truth of the matter and paint a painting as a story …people tend to connect with that.“

>> For purposes of public safety, RedLine Contemporary Art Center made the decision to postpone the opening of the “Faces in the Crowd” show until further notice.