You have to be old, tough and a grandma to join this boxing club. 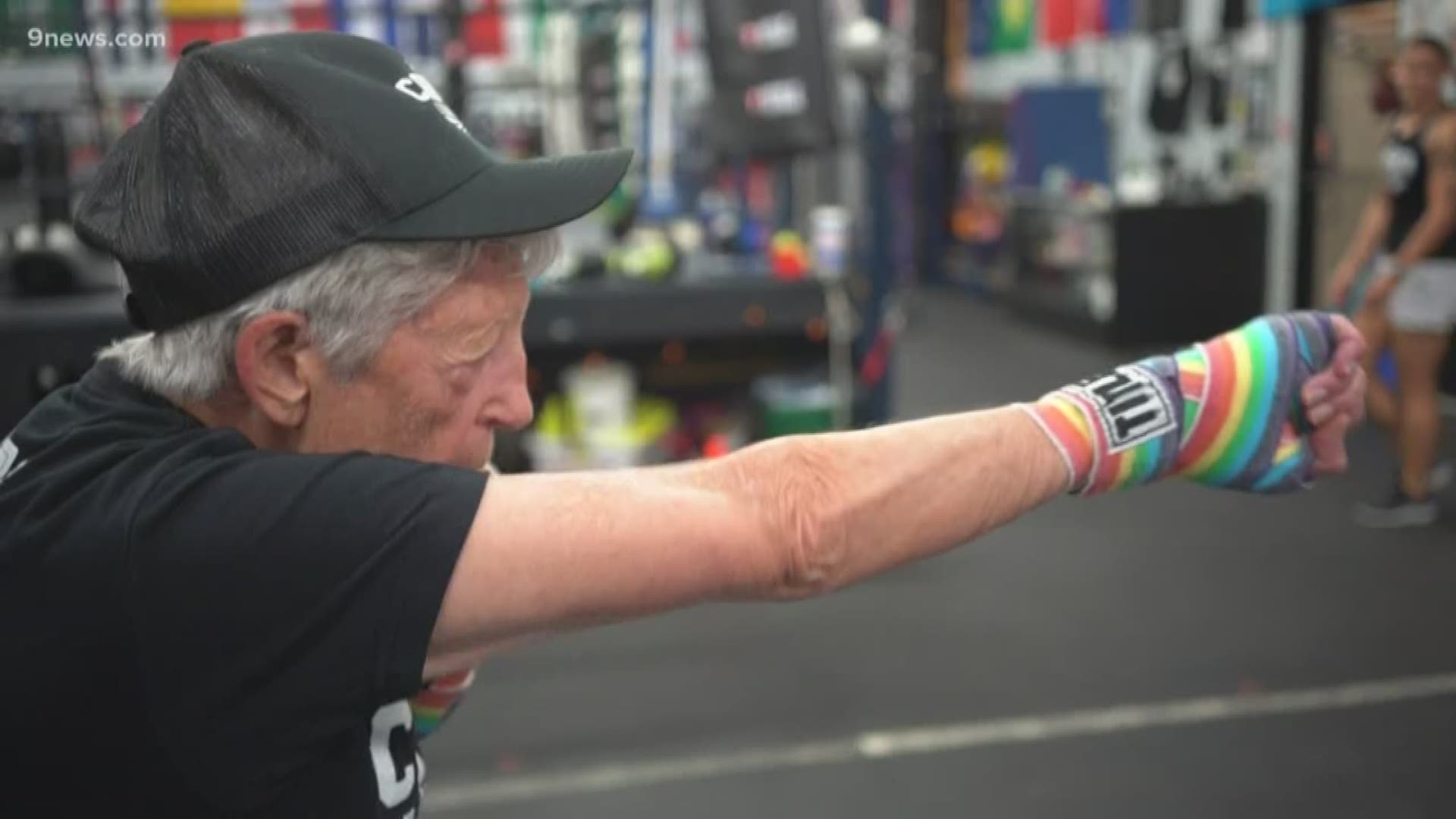 BOULDER, Colo. — There's a boxing club in Boulder that's just for women. But not just any women — seniors.

They're not the typical boxing demographic, and that's what makes Old Broads Boxing so special.

Two years ago, 88-year-old Maggie McCloskey and 72-year-old Twig Ertl found themselves in a disappointing situation. The older they got, the more and more isolated they felt.

"Many people our age, they isolate," McCloskey said. "Not because they want to, but there isn’t anything out there that calls them."

They may be able-bodied women in their 70s and 80s with energy and time, but they sometimes feel like like nothing in their community was geared toward them.

"I needed exercise because I got two knee replacements," Ertl said. "I didn’t know what to do as far as exercise went."

She needed exercise, but that was only part of it. Ertl also said she needed community.

"Part of my story was that my mother had passed away before I came to this gym. I was feeling the absence of my mother after having been her caretaker," Ertl said. "I didn’t quite know what to do with myself. When I came in the first time, I cried."

Carrie and Kirsten Barry are the owners of The Corner Boxing Club in Boulder, the gym where Old Broads Boxing takes place each week.

The couple started the gym together, but Kirsten Barry credits Old Broads Boxing to Twig Ertl.

"They are self-proclaimed 'The Old Broads,'" Barry said. "The tough Old Broads!"

"It was actually Twig’s idea," Kirsten Barry said. "She kind of brought everyone together. It was really her inspiration."

After boxing at the gym for a few months, Ertl decided to go out on a limb and ask her coaches to create a specific class for her and her friends.

"I mean, this is the most welcoming place," Ertl said. "So after a while I said, 'It’d be really nice to have something just for women, older women, so we could come together and box because I think there’s a need for it.'"

That was two years ago. Now, every Wednesday at 9 a.m., Ertl, McCloskey, and a handful of other women get together to box.

"They wanted to call it something like 'senior ladies' or something," Ertl recalled. "I said, 'No way, you gotta call it Old Broads.' So, we have an Old Broads class."

'Changing the whole concept of aging'

The women are tough, their energy is impressive, and the sense of community is unmistakable.

"I love this place," McCloskey said. "I love the people who run it. They do such amazing things. I kind of feel like we’re partners in changing the whole concept of aging."

McCloskey said she believes people "can be athletes 'til we die."

The Old Broads are in the gym each week with Kirsten Barry. As their coach, she said she's constantly inspired.

"They’re just amazing," Barry said. "They’re very driven. They come in here, and they work hard and when they complain, it’s just as a joke."

While Barry pushes the women, her sense of humor and their playfulness show just how close they all are.

"I love teaching this class," she said. "It’s inspiring. In my training I’m like, 'These broads are doing it, I gotta do it!'"

Every week, the women take something from the class. Barry finds inspiration. McCloskey gains self-possession.

"It just gives you that power, that confidence," McCloskey said. "I mean, just to hit that bag with 100%, it’s awesome."

"It’s given me a whole lot more confidence."

Last but not least, Ertl said there she finds friendship.

"I found community with all the people here," Ertl said. "They’re just so great. It starts at the top and it works all the way down."

The tough Old Broads are redefining what it means to age with every punch of their gloves.

"You know, when you get to be a certain age, and sometimes even with young people, they think it’s all over," McCloskey said. "But there’s always more to learn about your body. It can become stronger at any point that you make that choice to do so."

The Corner Boxing Club in Boulder offers Old Broads Boxing every Wednesday at 9 a.m. The women in the class said they're always looking to recruit more tough old broads.