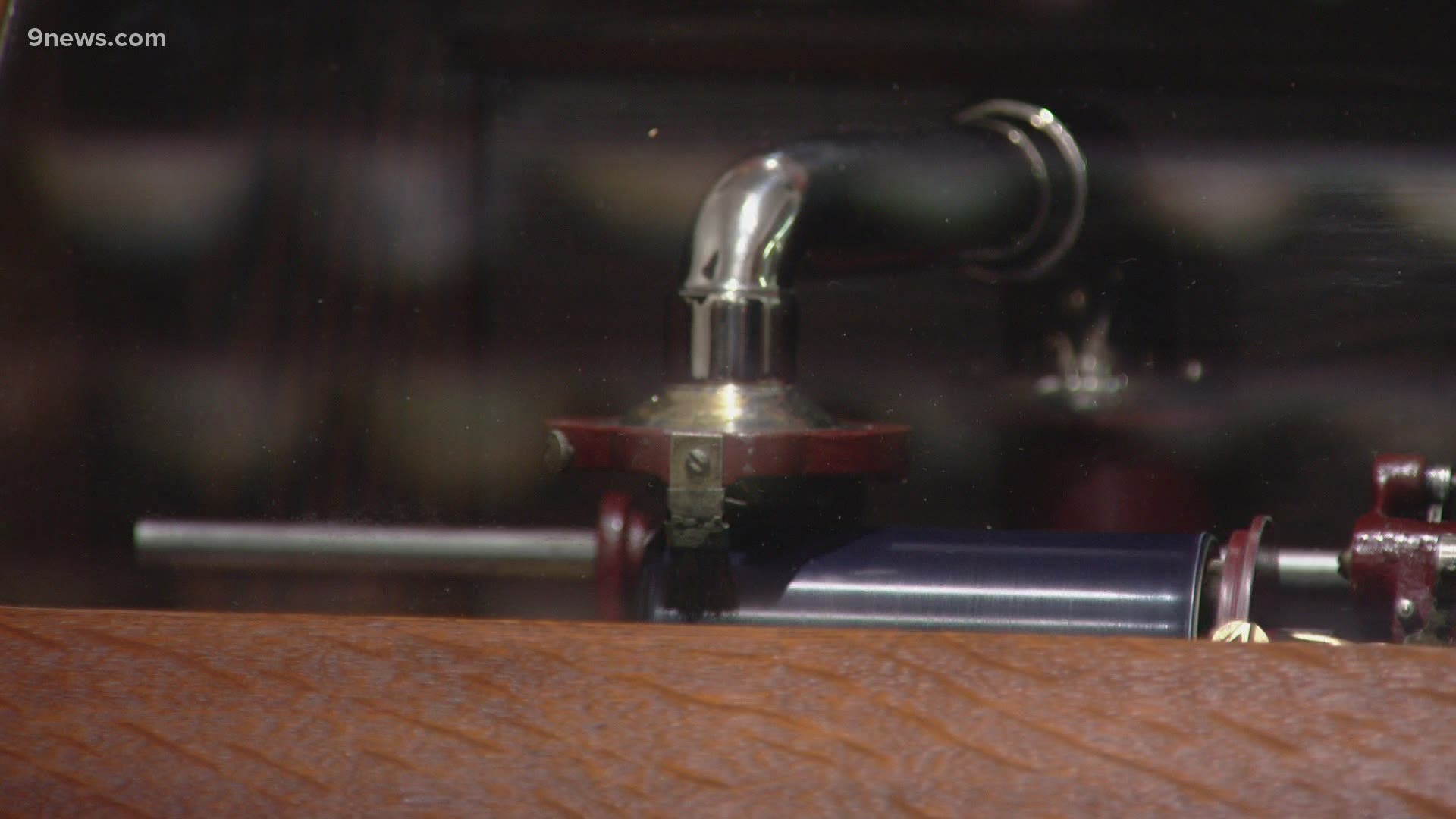 "From a historical perspective, the radios, the TVs, the phonographs, all are just so fascinating to me because of what and where we are today," Stone said.

Stone fills his basement with phonographs, gramophones and radios.

"The first one is the Berliner Gramophone right over there," Stone said. "These three right here are about 1900 to 1905."

The Berliner Gramophone was invented before the widespread use of electricity.

"So, in order to play (records), you have to actually wind the manual motor," Stone said.

He has a collection of cylindrical and flat records that are more than 100 years old.

His appreciation started with his grandfather.

"He and my grandmother started a store on Fairfax Boulevard in Los Angeles," Stone said.

The store was called Stone Radio, and he said that he collects his devices because he feels they are a part of his family history even though nothing in his collection is actually from his family's store.

From one of the first jukeboxes called a Hexaphone to a series of ornate, standup phonographs created by Thomas Edison.

"The wood on this is extraordinary," Stone said while showing his most prized phonograph. "It's made from Circassian Walnut."

Stone said he has phonographs so rare; there are fewer than 10 left in the world.

"It's very unusual to find a collection of these. There's not many of us collectors around anymore," Stone said.

His collection is not finished. From estate sales to auctions to other collectors, Stone is constantly looking for his next item.

"To find these, it's part of the thrill to know what's available, what's out there and then to be able to find it is pretty exciting," Stone said. "It's almost like a treasure hunt."

However, the deal with his wife is that whatever he buys has to fit into his already-packed basement room.

"We have a rule where I can buy a new one, but I have to get rid of one," Stone said. "That becomes a harder and harder decision day-by-day here."

Stone said what he really likes is not what he sees. It's what he hears. He said the sounds could immerse him in history more so than pictures and text.

"So much of our sensory is being to able to listen and to hear," Stone said. "To be able to share a musical recording that’s 100, 120 years old with other people is an experience that you don’t normally get to share and do."

He likes musical recordings. He loves hearing the actual voices of historical figures like Thomas Edison and Babe Ruth.

"I've got some recordings from when the Hindenburg went down or FDR's address to Congress and every time I pull those out, I get goosebumps," Stone said.

He calls it a different time machine that needs to be saved for all time, either in a museum or with a younger collector.

"Sadly, the younger generation hasn't really embraced it yet. We're still hoping that they will because ultimately, they're going to be the caretakers of these machines," Stone said.

RELATED: Colorado shuts down youth center in Watkins after allegations of drugs, fights and improper restraints of kids