Watching the energy of Cuy Kepler, one might not know she almost died from a heart defect. 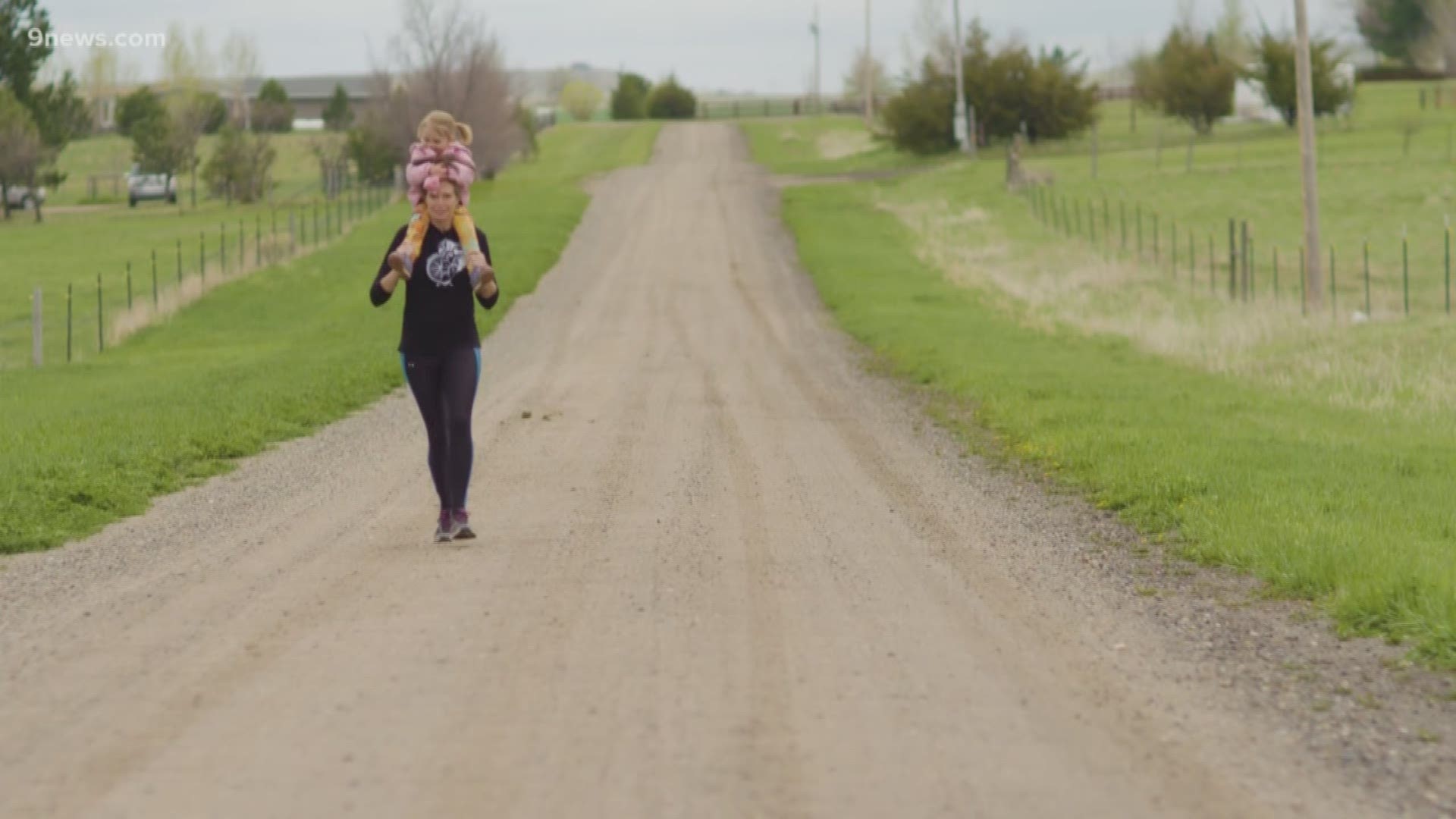 BERTHOUD, Colo. — In the world of a 3-year-old girl nicknamed Cuy, concepts are simple and her energy is endless. For her mother, Melissa Kepler, this is a reality that at one time did not seem possible.

"I think for me, I never could've imagined in my wildest dreams that we would ever get to normal," Kepler said.

Her daughter was born with the name Lynna. But, that changed when Kepler said she commented that her newborn girl looked like a guinea pig raised by their friends from South America who call the animals 'cuys'.

"I made the mistake of saying we better keep her away from Dianna, she looks an awful lot like a cuy," Kepler said. "Our older daughter Corinne who was just two at the time just ran with it and started calling her Cuy and it just stuck."

Kepler said her daughter was healthy as can be going into her fourth month. But, things changed quickly when she took Cuy for a routine checkup with a new pediatrician.

"He listened to her with a stethoscope and said has anyone mentioned the murmur," Kepler said.

He recommended an echo-cardiogram, but it didn't seem like an immediate need. Kepler decided to call Children's Hospital Colorado anyway and they happened to have an opening that day due to a cancellation.

"When they hooked her up to the 12-lead EKG, they could see that she was actively infarcting. So, she was essentially having a heart attack," Kepler said.

Doctors told her she needed immediate open-heart surgery to fix a serious defect. Kepler called it a 'plumbing' problem.

"If you think about your heart as having, it's this ball of muscle right and it's wrapped in these blood vessels that supply blood to that heart," Kepler said.

But, she said Cuy's blood vessels developed incorrectly. Instead of attaching to the aorta bringing fresh oxygen to the heart, her vessels attached to the pulmonary artery which carries deoxygenated blood.

"So, her heart wasn't getting the oxygen it needs to sustain that heart muscle," Kepler said.

Cuy's heart was starting to die.

"These are the kids that end up, you know, being a SIDS baby. It ends up being dead in the bed that night and if she hadn't been. If we hadn't discovered this, that would've been her," Kepler said.

Kepler said even the surgery wasn't a guaranteed success.

"Things looked grim at that point. I think it was our anesthesiologist came and as part of his consent is, you know, she's got a 50/50 shot of surviving this surgery," Kepler said.

Not only did Cuy survive, she is thriving though her heart still has a malfunctioning valve.

"Just the fact that she survived her surgery and then she recovered and now she's growing her heart into some kind of efficient machine that powers this really wild kid," Kepler said. "She can do anything."

Cuy was supposed to have more surgeries. Instead, she's had none.

"I have no explanation for this," Kepler said.

She was supposed to be weak.

The 3-year-old actually trained for months for the annual Memorial Day 10K race, which is 6.2 miles. Kepler says her extended family runs the Bolder Boulder every year.

"Energy-wise, she could run 100 miles," Kepler said. "Getting her to run in a single direction toward a common finish line, that's going to the challenge."

Whether she finishes the race or not, Cuy's run is just getting started.

"We thought we'd show Cuy to the world and show how strong her heart is, show how great she's done, how well they did at Children's Hospital," Kepler said.

Kepler and Cuy are trying to raise money for Children's Hospital Colorado at the upcoming Courage Classic. If you want to find out more, click here: http://support.childrenscoloradofoundation.org/site/TR/CourageClassic/General?px=1229532&pg=personal&fr_id=1600