Cathy Rivers wants to depict triumphs over adversity after the 2013 flood in Lyons. 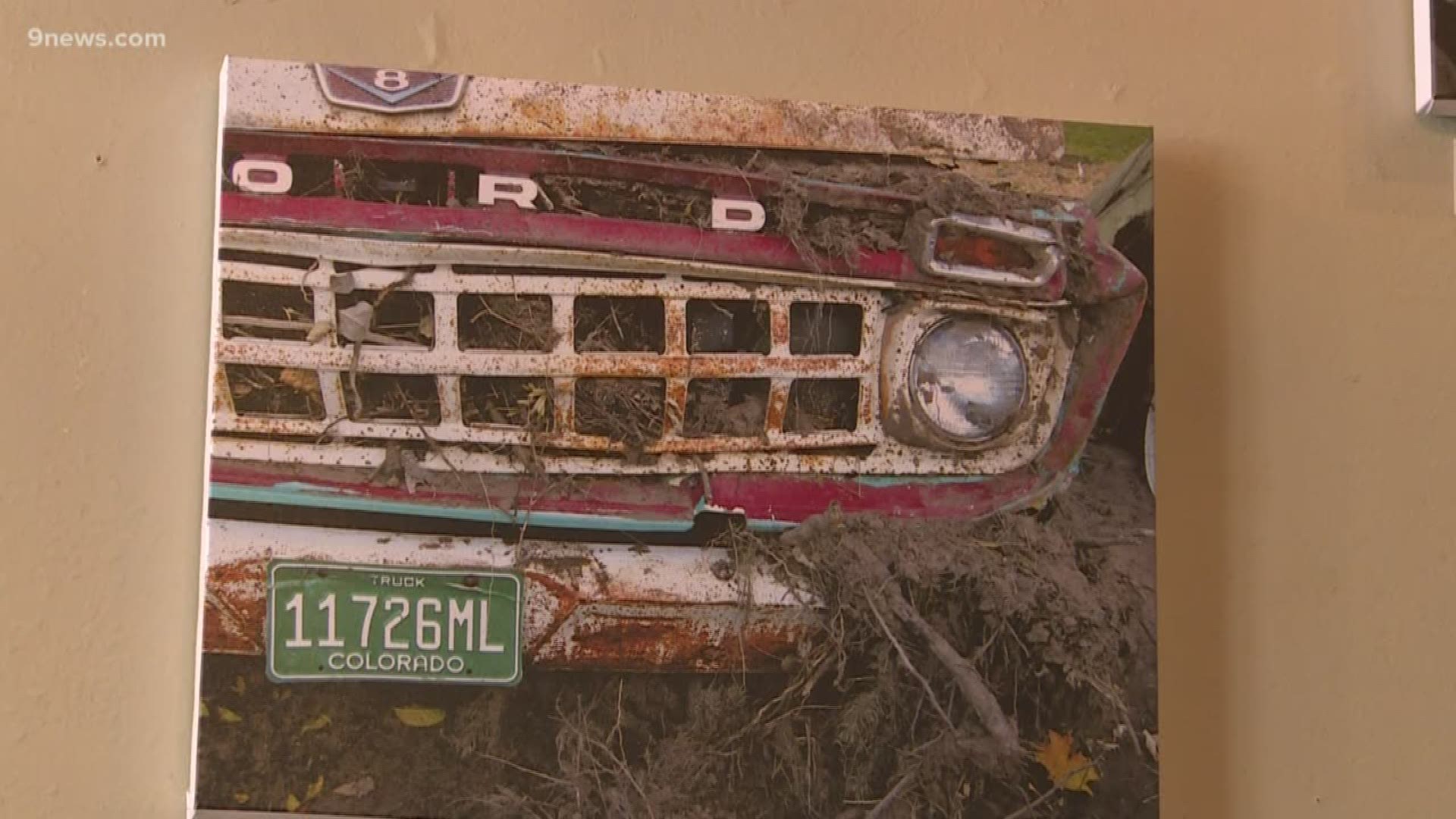 LYONS, Colo. — At a little restaurant called the Lyons Fork, customers can easily get a mouthful. But, once they go inside, they will get a mindful, too.

"As I was driving in and out and the water started to go down, I saw this old, bent truck fender," artist Cathy Rivers said.

Rivers lives in Lyons and said the flood of 2013 had an everlasting impact on her town and her fellow neighbors. When she saw that truck fender, she decided to start a collection based on triumph and recovery.

"(The fender) was beautiful and I appreciated it to be a flood survivor like I was," Rivers said.

She put together a collection she calls "Rearrangements: High Water."

"I wanted to have some mixed-media pieces that actually incorporate some flood debris," Rivers said. "To me, it's really important to show the beauty and the chaos and also the beauty and how we've grown from this flood experience."

It's a mix of startling images from that time such as washed away homes and cars buried in silt.

It's a recovery of lost items from her neighbors.

"They've lost all of their family pictures," Rivers said. "This is one of the packets that they found."

She found photos and bowling balls.

She found sheet music and even a piece of her friend's piano that was carried away from her home by the floodwaters.

"To find something that belonged to her that represented her childhood and that part of her life was really important to her," Rivers said.

Rivers shows pieces of metal sculpted by the flood like twisted up cars and a child's wagon.

"Some people are going to walk and say, what is this junk doing on the walls? But, each one of these pieces of junk has had a very special experience that's connected to my experience," Rivers said. "It survived."

Perhaps the most important thing she wants to show is the strength of the people of Lyons.

But, it was through literal grit and figurative grit that people rebuilt this town helping one another, according to Rivers.

"We just pulled together and got to work and that's what Lyons people do," Rivers said.

"Rearrangements: High Water" will be on display through the end of December. Rivers says proceeds from any sales of her art in this exhibit will go towards supporting the group Lyons Volunteers.