Crowds at Comedy Works know Vinnie Montez for his jokes. Few know about his full-time gig. 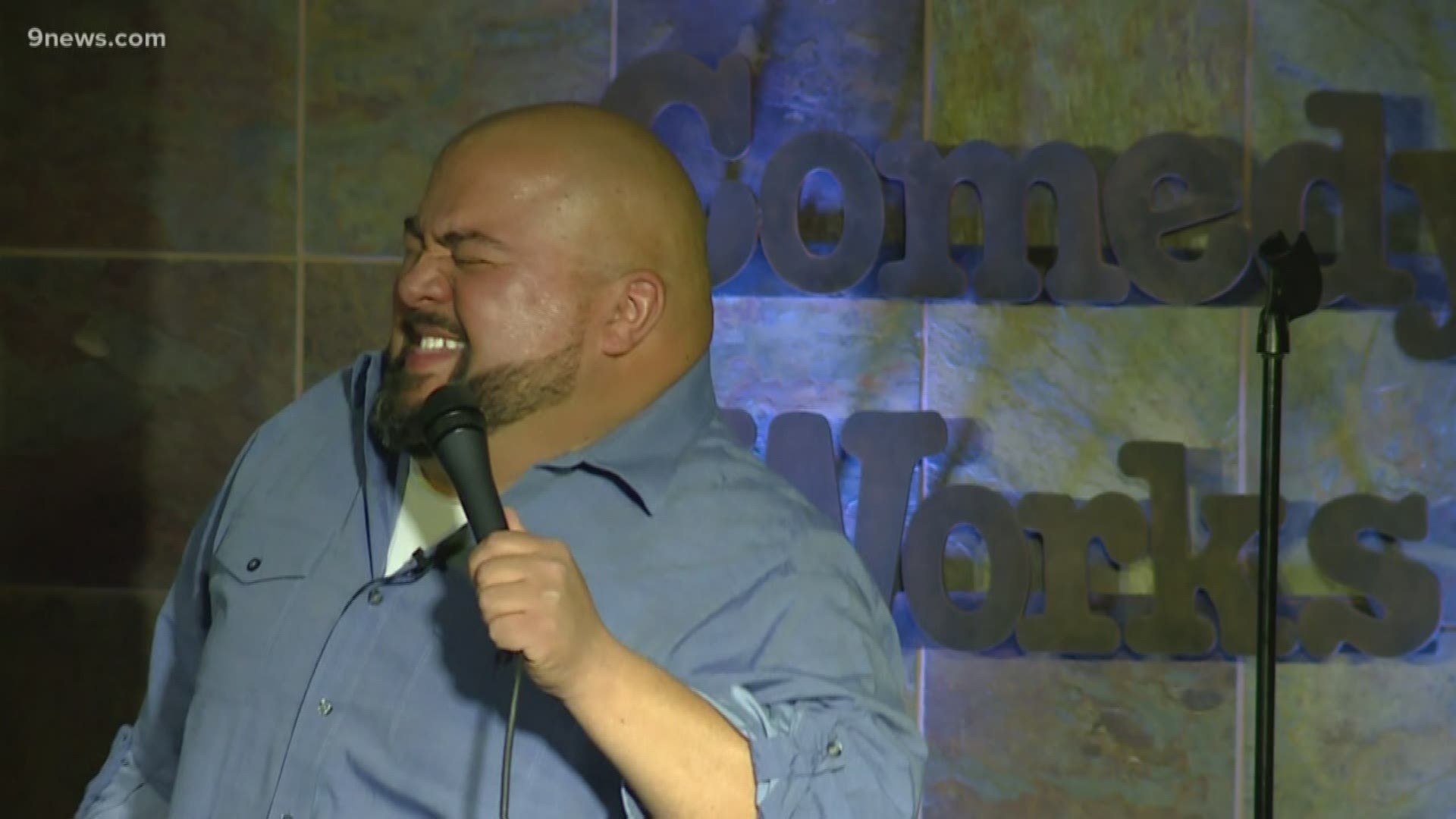 Save the seats for the audience because Vinnie Montez feels better standing up.

“I have a lot of nervous energy right before I perform, so I just like to kind of pace a little bit,” Montez said.

The standup comic resumed his routine of pacing backstage as the crowd at Comedy Works filed in for the evening show.

“Tonight’s going to be a good show. I can already feel it,” he smiled.

Montez is a regular performer at the downtown club, and on a recent Saturday night, he was getting ready to open the show.

“We call it ‘bite the bullet,’ which is first one out,” Montez said.

Montez doesn’t mind being the first onstage. He gets to warm up the crowd and set the mood for the night. He gets to be himself.

“Give it up for Vinnie Montez!” The announcement bellowed from the speakers, and the crowd cheered. Montez pulled back the blue curtain, walked onstage and took the mic.

“My name is Vinnie Montez. I come from the hood,” Montez said, pausing for a beat. “That’s about Baseline and Broadway in Boulder, Colorado.” The crowd laughed.

Several laughs into his set, Montez came clean that comedy isn’t his only gig.

“Any other cops in here tonight?!” He asked with a grin, anticipating the silence that came from the audience. “Alright, without backup, alright,” he laughed to himself, and the audience joined in.

RELATED: Storytellers: From a kid's collection to a world record

When Montez isn’t biting the bullet on a Saturday night, he might be loading one at the shooting range in Boulder County. Commander Vinnie Montez has worked his entire career with the Boulder County Sheriff’s Office. He likely wouldn’t be a comedian without his experience as a cop.

“I take things that I see on the street and I twist them just a little bit,” Montez said.

Like that time there was a call about a bear in a woman’s house.

“In the night that I was going on this call, I was paired up with one of the SWAT guys,” Montez started the joke from the Comedy Works stage. “He comes out from the station, and he’s like, ‘yeah, bro. we’re going to go get the bear, bro.’” Montez drew laughs imitating the SWAT guy’s deep voice while flexing his muscles and nodding his head.

Montez gets his material from his day job, but it’s his comedy that helps him cope with being a cop. After more than 20 years of service, there are days as a deputy Montez will never forget.

“I remember how crystal clear of a night it was,” Montez said, recalling a winter night in 2008.

He was off-duty at the time, driving up Boulder Canyon.

“There was an accident with a car and the kid in the driver’s seat – the driver wasn’t breathing right,” Montez said. He called for backup.

“We started working on him. We worked on him quite a while,” he said.

Montez stayed with the boy until the end.

“At least, you know, he didn’t have to die alone.”

Montez said he remembers needing to take a moment to sit in a colleague’s car.

“I was just overwhelmed with emotion that night and I just remember it pretty vividly because I had never felt that way,” he said. “My cup was kind of full.”

“The catalyst was really that night in 2008 that really just said, ‘you know, I need to do something with the comedy to just keep myself sane,’” Montez said.

Montez got his start with Comedy Works. He’s worked his way up as a regular on the club’s “almost famous list.” He also routinely performs for law enforcement crowds all over the country.

“I write a majority of the stuff that I do towards the perspective of law enforcement,” he said.

“I think comedy has just helped me find a very good balance about who I am at work and who I am when I’m not working,” Montez said.

The comedian cop will never tire of surprising the audience on stage.