When Stephen Singer took his dad into the mountains for Father's Day in 2020, what he saw made him so mad, he started a nonprofit to erase graffiti around the state. 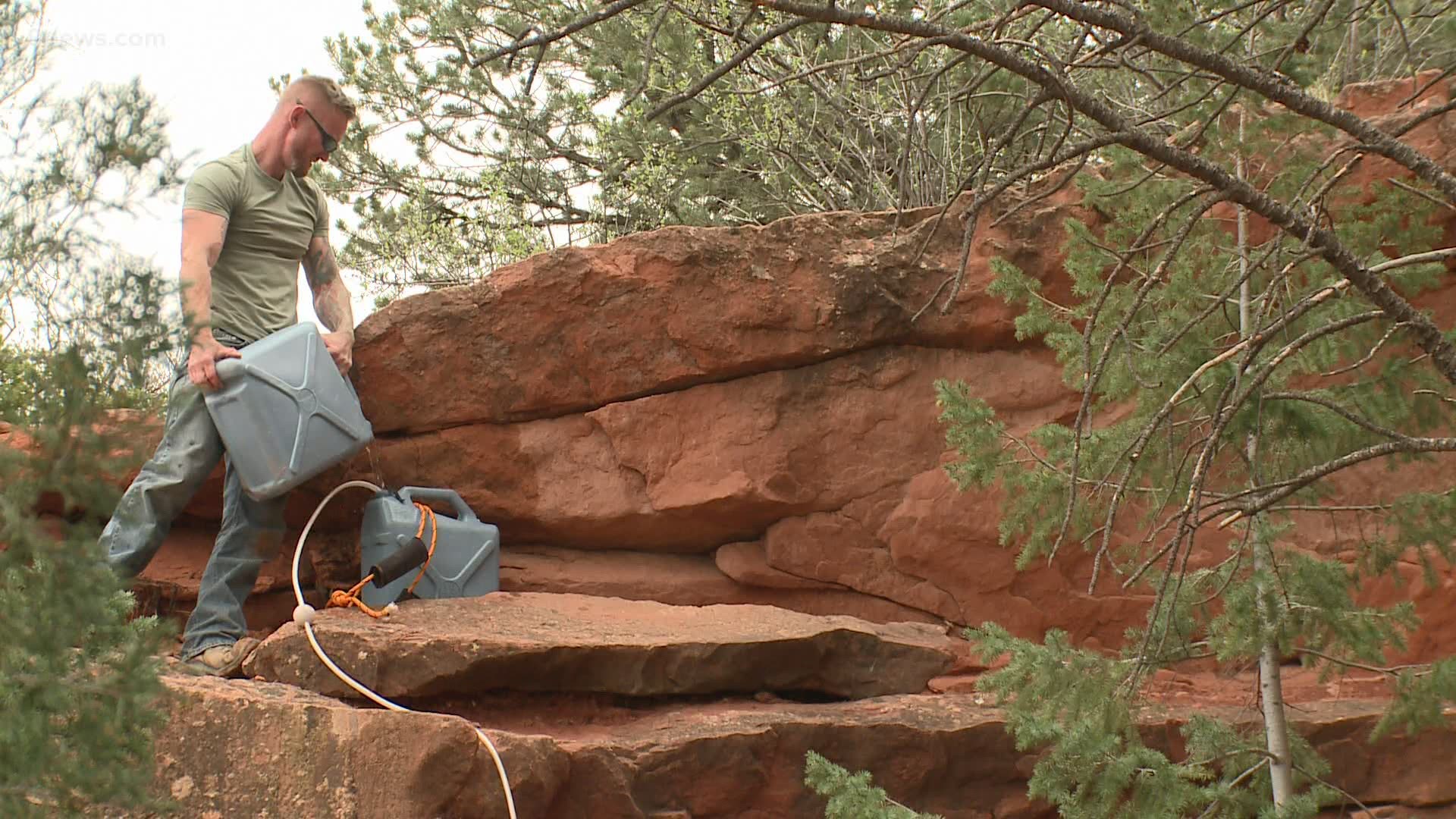 COLORADO SPRINGS, Colo. — If you ever see something unusual hiking on a Colorado trail, like a group of volunteers with portable power washers, you might be seeing the vision of a man who was angry at all the unusual things he saw in nature.

"It was just an ugly scar that doesn't need to be there," Stephen Singer said.

Singer took his dad into the mountains for Father's Day last year when he arrived at a place called Balanced Rock, only to find it covered in spray paint.

"Somebody had written a bunch of mementos to their girlfriend or whatever and I got pretty mad and so that's what fired this off," Singer said.

He co-founded a nonprofit called Keeping Colorado Beautiful to remove graffiti from natural areas all around Colorado.

"I live in Colorado for a reason and I hate seeing the beauty destroyed,
Singer said. "So, I got to bring it back to the way it was."

Wesley Hermann is a park ranger at Red Rock Canyon Open Space in Colorado Springs. He said vandalism and graffiti are increasing problems.

"Unfortunately, we've seen a couple of instances of people spray painting directly on the rocks which is pretty difficult to remove," Hermann said.

Not only does Singer have to use an environmentally-friendly solvent that won't destroy the rock, he and his team of volunteers have to bring all the equipment into hard-to-reach areas. That includes batteries, a generator, gallons of solvent, battery-powered power washers and jugs of water.

"Depending on how well this goes, we may have to run down and fill up those tanks and haul them back up for a second, third, however many times it takes to get the job done," Singer said.

The job is getting done, Singer said, but not fast enough.

"Well, right now, the biggest problem is getting caught up because nobody's been addressing the problem for decades and so there's decades worth of graffiti out there all over the place," Singer said.

"It really struck a chord with the community of Colorado online when we started doing and posting successful removal projects online," Montgomery, co-founder, said.

Montgomery said the organization relies on volunteers and donations to erase graffiti from trails around the state.

"We also want to be able to empower everybody in Colorado that wants to get involved to form their own graffiti removal operation with our help and training so that we can further expand that scope and the impact of what we do," Montgomery said.

"I think that is probably something that people get more worked up about and we see a stronger response to that than almost anything else," Hermann said.

"I did my first removal the weekend after Father's Day 2020," Singer said. "Practically been out every weekend since then until the winter rolled in."

All Singer wanted was a nice day out with his dad on Father's Day last year. Now, he wants all Coloradans to have a nice day out in nature for the future.

"The best way to cap a week off is getting to wash graffiti away and watch the rocks go back to the way they should be," Singer said.

RELATED: The inevitable demolition of 'The Hero House'

RELATED: Storytellers: Meet the CEO who works and plays (guitar, that is) 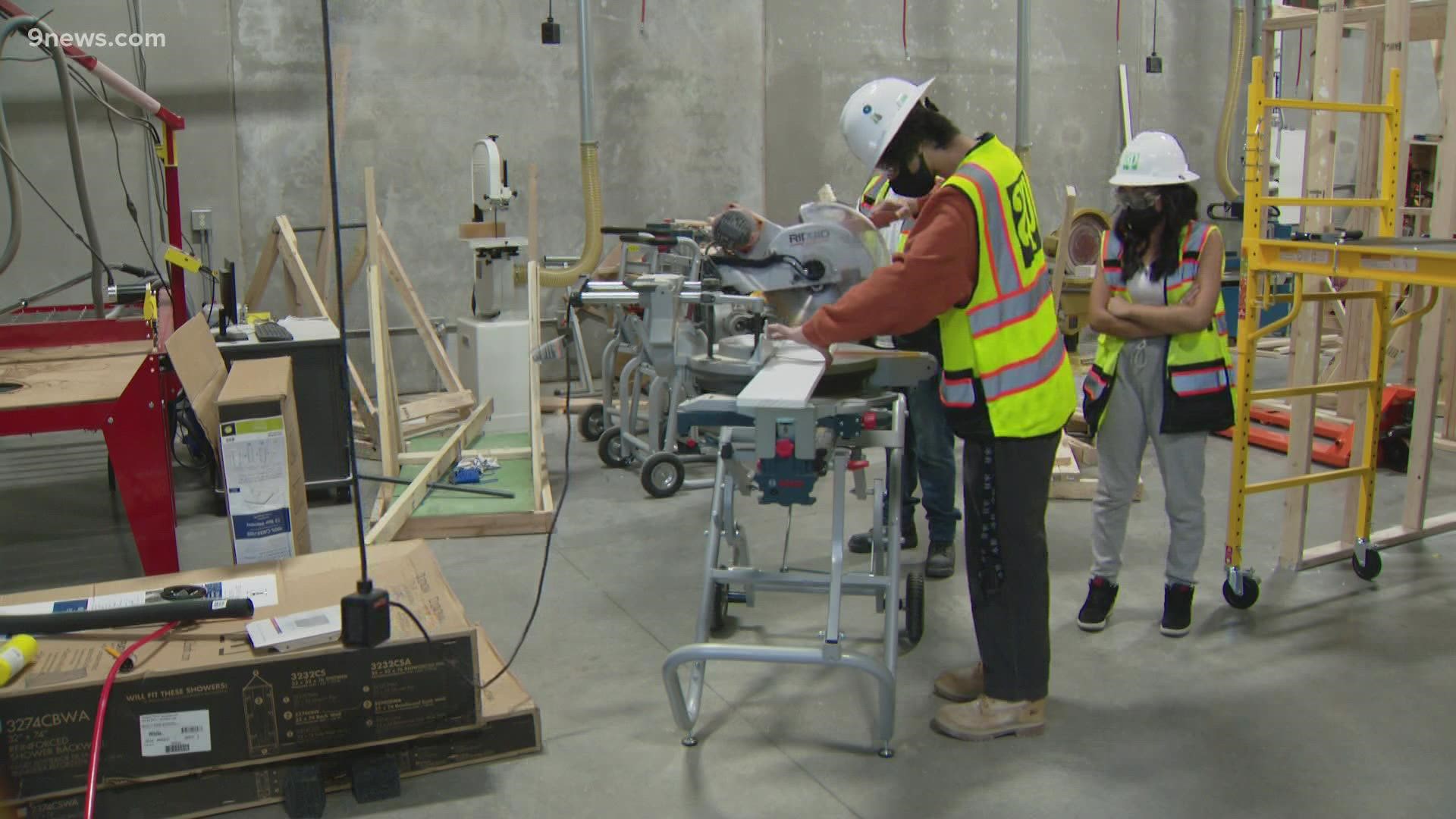