"Some of these guys are hurting inside. This hockey program is going to give them an outlet and give them a chance for some therapeutic time away from life." 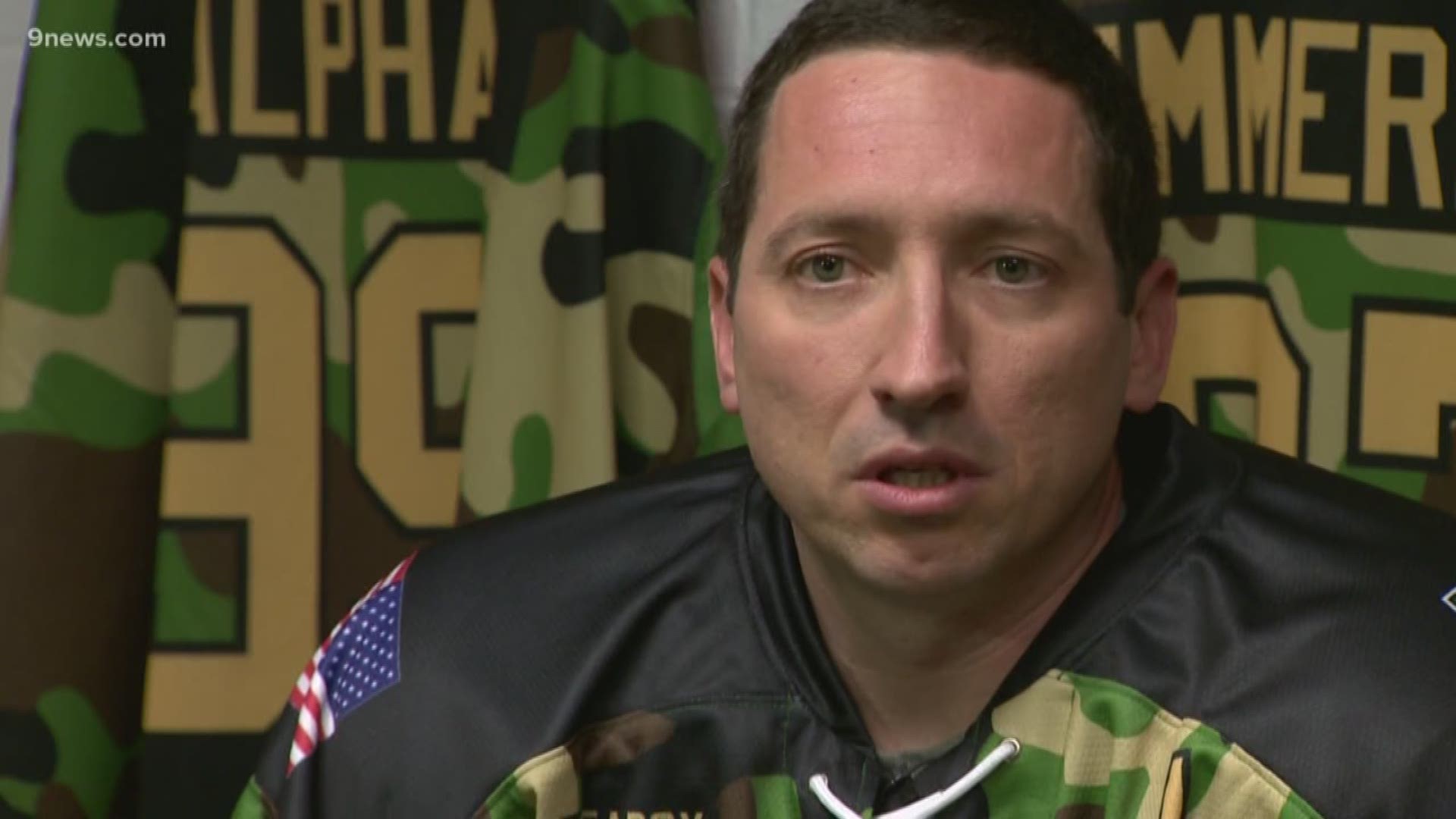 Starting a hockey team might actually be hard than playing the game.

"This has been a dream of mine for two years," he said.

That dream? Putting a hockey team together for guys with something very specific in common; something many of us can never really understand.

"We all ate the same dirt," Searcy said. "We know what we all went through and a lot of civilians don't understand that."

Joe is a U.S. Army Sgt. His team is called Joint Forces Hockey and everyone on it is a veteran. Guys like Retired Army Sgt. First Class James Gaudet, and Retired Navy Chief Petty Officer Steve Browne.

"I was in Vietnam, Saigon in the Tet offensive, May offensive, uh, almost didn't come out of that one," Browne said.

"You can already tell these guys feel like they've known each other for a long time. That doesn't happen in civilian life, you know?" Gaudet said.

Joint Forces Hockey plays in a Centennial adult league. Many of the guys had to leave their old teams to start this one, and Searcy co-captained his former team. The opportunity to form Joint Forces Hockey was too important to pass up, though.

"Veteran suicide rates are high, and we wanted to put together a team where we could come together as a unit and kinda simulate what we had in the military," Searcy said.

"Some of these guys are hurting inside. This hockey program is going to give them an outlet and give them a chance for some therapeutic time away from life," Gaudet said.

The guys put a ton of hard working into building this team.

Now hockey is as easy to play as ever.