"If you're stuck in your room all day or locked down for hours or days at a time, you feel like well, what am I doing with myself?" 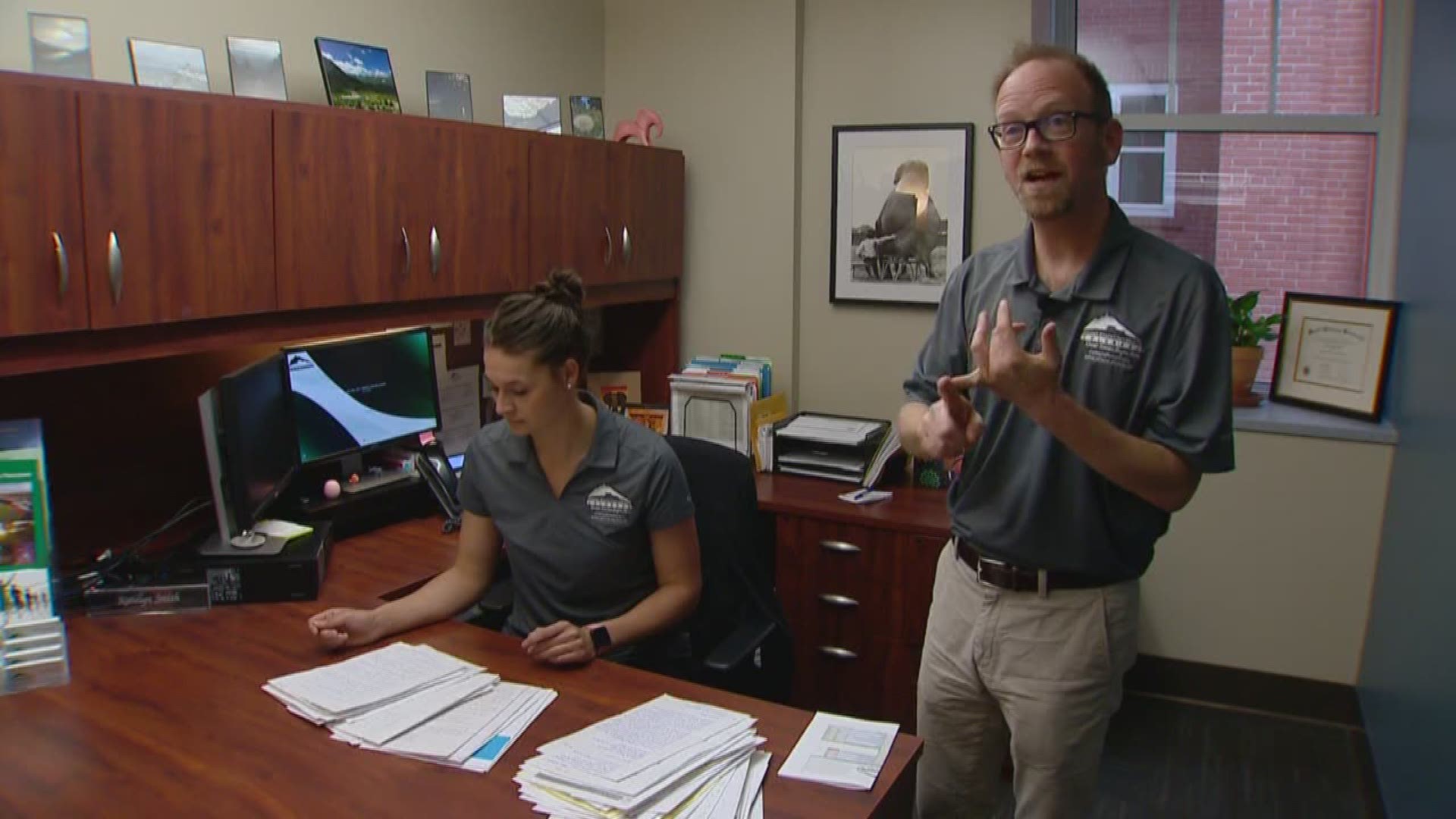 CANON CITY — On the outskirts of Canon City, a town steeped in old traditions is the home of Ben Gilmore working towards his college degree the old-fashioned way.

"Instead of just sitting around playing cards or something, it's really the best use of my time," Gilmore said.

He was convicted of first-degree arson, criminal mischief and burglary after a fire in Fort Collins following an Occupy Wall Street protest. Gilmore maintains his innocence, but he was sentenced to eight years in prison. He said he wants to make the best use of his time.

"If you're stuck in your room all day or locked down for hours or days at a time, you feel like well, what am I doing with myself?" Gilmore said.

When he is not in his cell, Gilmore in the prison classroom taking correspondence courses through Adams State University.

"Really, just three core classes, I needed to get my Associate's Degree, so I figured I might as well get it done while I was here," Gilmore said.

While he types his essays on a computer, none of his work is done online. He has to do it the old-fashioned way, mailing his work to instructors who never get to see their students.

"I teach faceless people," said Cherol Hudak, Adams State adjunct faculty member. "I never want that to make any difference in how I look at how I grade a paper."

Kathy Park Woolbert is Gilmore's English teacher. She said overseeing a correspondence course is much different than teaching traditional students on campus.

"Body language is real important to me," Park Woolbert said. "So, it's a big adjustment to not have that."

What they do have is a constant flood of letters. While students on campus can get immediate feedback, the question and answer period for inmates through the mail can take weeks.

Jim Bullington is the coordinator of the Prison College Program for Adams State. Not only did he say that the old-fashioned way is working, he added it's in demand at 979 inmates enrolled and counting.

"A lot of people that have never had the chance to have an education finally do," Bullington said.

But what inmates are learning is more than academics. They are also learning to be resourceful. For example, Gilmore is taking an astronomy class, but he's not allowed to see the night sky. So, he has to use a computer program which simulates constellations.

"This is the only way I get to look at the stars," Gilmore said.

"And, then if they don't have that discipline, so many people pick it up," Bullington said.

"Prison can be seen as a horrible, horrible thing or it can be a blessing," Gilmore said.

Park Woolbert said in her class called "Prison Memoirs", some offenders learn something about themselves.

"Some of these men, I haven't had a woman take this class yet, feel a tremendous amount of pressure to come clean," Park Woolbert said. "The act of writing becomes an act of redemption."

Bullington said these courses are having a real impact on prison life.

"It makes prison safer," Bullington said. "Instead of having people at each other's throats, you have people studying."

Bullington said one challenge to the program is that these courses do cost money and are not eligible for federal financial aid. He said Adams State is working on creating a scholarship program.

"There is gigantic demand for this program," Bullington said.

Though the teachers and students never meet face-to-face, Hudak said they still get to know their students, perhaps even better than the ones they see on campus.

"It's an interesting thing. I really can't tell you how it happened, but we do develop relationships with these students," Hudak said.

"Something gets packaged in these letters, I don't know what it is," Park Woolbert said.

"I personally take the time to do it, it makes myself better," Gilmore said.