Martin Howard delivers pies as Chocolatina all over Denver. He calls it a “Party Package,” and it includes two pies, two quiches and one drag queen with a song. 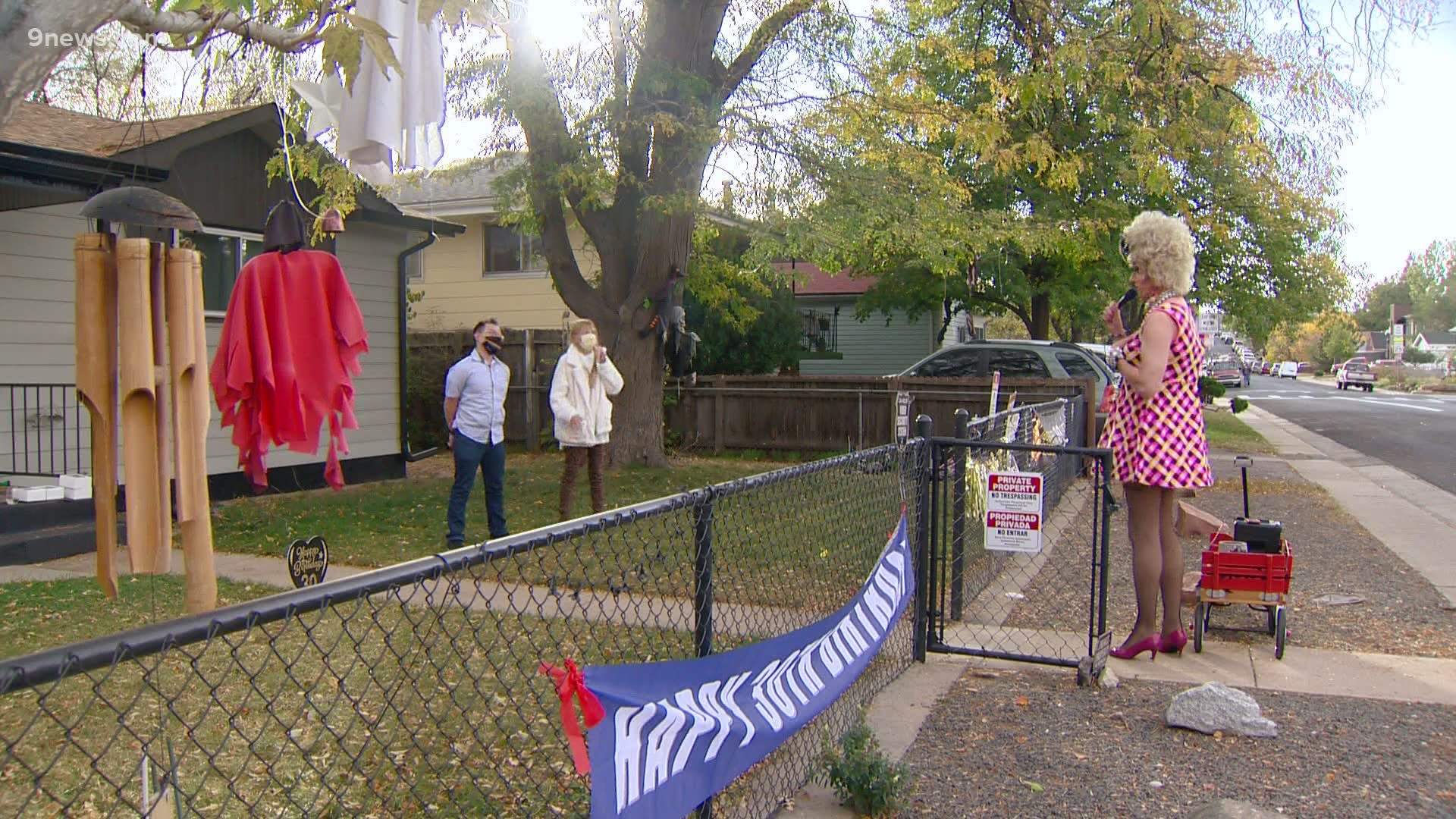 “That’s another thing I like about being a chef — you don’t have to have serious hair,” Howard said, as he pressed pie dough into tins while tossing his pink-and-blue-streaked blonde hair. “I’ve never been one for serious hair. Party hair!”

Howard is an award-winning pastry chef who moved to Denver from New York City about 3 1/2 years ago. When the pandemic hit in March, the baker, who was working at a catering company, had to start thinking creatively once events were canceled.

“It’s just so up in the air this catering business, you never know,” Howard said. “The parties cancel real quick, or the numbers drop a lot.”

Credit: Anne Herbst
Martin Howard, an award-winning pastry chef and drag queen who moved to Denver from New York City about 3 ½ years ago, had to start thinking creatively once events were canceled.

He said the idea for a new business was sparked when he posted a picture on social media of a pie he made this summer. His friends went crazy for it, and a lightbulb went off.

“I was getting some unemployment so it wasn’t too bad — and then along came pie,” Howard said.

Pie was great, he said, but there was a missing ingredient. That’s where his other job came in. A job that had also taken a hit because of COVID-19.

“With COVID, you can’t perform inside because it’s 25 feet and a mask — and that’s impossible,” Howard said.

Howard’s other job is as a drag queen named Chocolatina, Queen of the Dessert. He’s now combining the musical stylings of Chocolatina, with the pastry chef artistry of Martin Howard.

“I’m going to be a drag queen and sell pie,” Howard said, as he transformed into Chocolatina one fall morning. “Pie is a comfort food and in these times people are definitely craving comfort food.”

Credit: Anne Herbst
Martin Howard, an award-winning pastry chef and drag queen who moved to Denver from New York City about 3 ½ years ago, had to start thinking creatively once events were canceled.

Every Saturday, weather permitting, Howard delivers pies as Chocolatina all over the metro area. He calls it a “Party Package,” and it includes two pies, two quiches, one drag queen, and one song performed live. His customers pay $100 for this unique experience.

“For me, it’s great because I’ve got a live audience no matter how small, they are just starved for entertainment because there is no live entertainment anymore,” Howard said. “It’s just a win-win for everyone. It makes them happy, it makes me happy — there’s pie and that makes people happy as well.”

The Pie Queen has been pretty successful so far. He sells out every weekend. Howard also offers pies for sale during the week, sans the drag performance.

“This was really fun, and the pie looks really good,” said Tracy Gray, whose coworkers ordered a Chocolatina performance as a surprise. “I should’ve dressed up for it!”

Howard said he hopes this eventually spins off into a pie shop complete with drag queens. For now, he’ll keep serving up pies around town. He said he’s proud of what he’s been able to accomplish when the pandemic put a roadblock in his way.

“I’ve been in Denver for about three years now, and I’ve been trying to figure out where I belong and strangely this just popped up,” Howard said. “When you’re in Denver and they want pie, you give them pie!”

The Pie Queen is no longer taking orders for pies for Thanksgiving, but there is still a way to get some desserts before the holiday. He’ll be selling them at Bruz Off Fax, 1495 York St., from 4-6 p.m. on Wednesday, Nov. 25

Howard said he’ll be there as Chocolatina, serving up pumpkin, pecan, apple-cranberry and pear-blueberry pies. He also recommends checking out his website for other orders.