The Simons hope to continue their shows as long as possible, knowing both artists and fans love them. 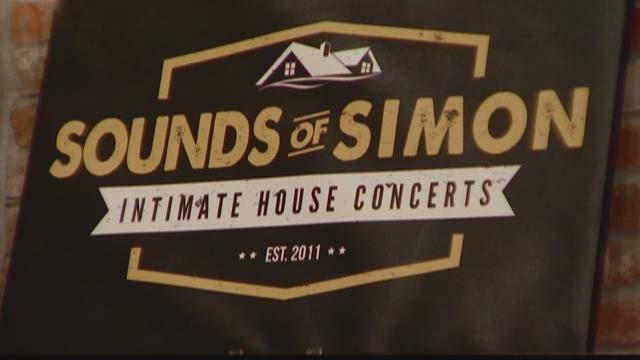 It looks just like many suburban homes on a quiet street in Superior, but the Simon residence is not your normal house.

At least once a month, cars fill the street for a concert. The living room becomes a concert venue, featuring artists from around the country.

Recently the Simon family celebrated their 50th house concert. Lee and Jen Simon say they got the idea after going to a party in Boulder that had a singer and about 30 people in the audience.

They liked the intimate feel of the performance and the relaxed atmosphere.

They knew house concerts were a thing all over the world, and decided to give it a try.

“There was no master plan,” Lee said.

The place was packed, with the crowd including his fans, friends, neighbors and people who just love house concerts.

They give a $20 donation that all goes to the artist; the Simons don’t get a cent.

Lee says at the end of the day, it’s just a concert in a living room, and in this case one with a really good sound system.

The Simons hope to continue their shows as long as possible, knowing both artists and fans love them.