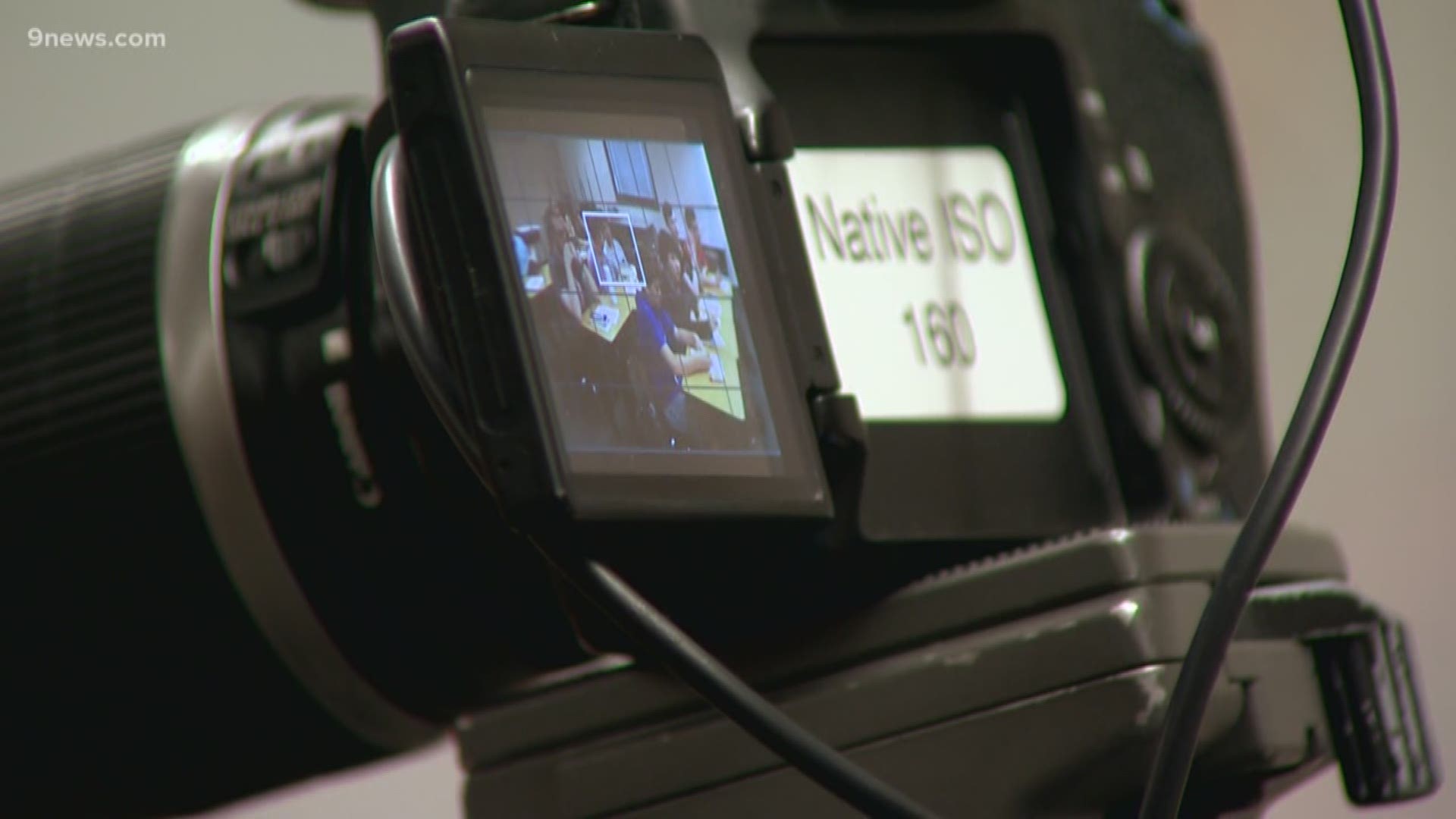 DENVER — If there is one thing Scott Kinnamon can count on, it is that summer is the best time of the year.

"I'm incredibly lucky to get to do this work," Kinnamon said. "Every day I go home, I think, I can't believe I just got paid for that."

For the past 11 summers, Kinnamon has been running the Young Filmmakers Workshop in Denver, in partnership with the Denver Film Society.

"We're really interested in kids discovering the story inside them and being able to express and find the narrative that resonates with them," Kinnamon said.

"I'm a believer that storytelling is what makes us human," Kinnamon said. "It's what we do that no other species does."

Violet, an eighth-grader, is making her film about social labels.

"It follows this one girl who is labeled as a nerd and she really hates her label," Violet said.

The students have two weeks to make their film. They have to deal with logistical problems, time constraints and equipment malfunctions while trying to convey a message with every detail that appears on screen.

"For this generation, video is their medium," Kinnamon said. "They own this in a way that my generation never will."

Cesar said storytelling is part of who people are.

"For me, the storytelling is more like telling a part of you, telling your culture, what you know," Cesar said.

Violet said this experience has taught her patience.

"Taking the film camp has really opened my eyes to just how much goes into making a film," Violet said.

Kinnamon has been a filmmaker for nearly 30 years, spending nearly a decade in Los Angeles. But, he said he doesn't teach this camp necessarily to find the next Steven Spielberg. He does it to help kids find themselves.

"What I really want to do is at that crucial developmental moment where adolescents are figuring out who they are and who they want to be, I want to give them a space to become," Kinnamon said.

After all the work, students debuted their films at the SIE Theater with a red carpet event in front of more than 160 people. For Violet, this was the experience of a lifetime.

"It went great honestly. I love seeing the movie on the big screen," Violet said.

Her mother, Hilary Dempsey, said this was a big step into an unknown world.

"It was a great mom moment," Hilary Dempsey said. "I think it's a good way for my kid to spend her time specifically because she's so passionate about film making. This is something she wants to do."

Cesar had one goal for his film.

"I made everyone laugh which me very like... it felt good," Cesar said.

Another workshop meant another good summer for Kinnamon.

"To see their work and to exhibit in front of 160-plus people and answer questions and accept their applause, it's really a beautiful, beautiful thing," Kinnamon said.