Kendrick Castillo was shot and killed at STEM School Highlands Ranch on Tuesday. 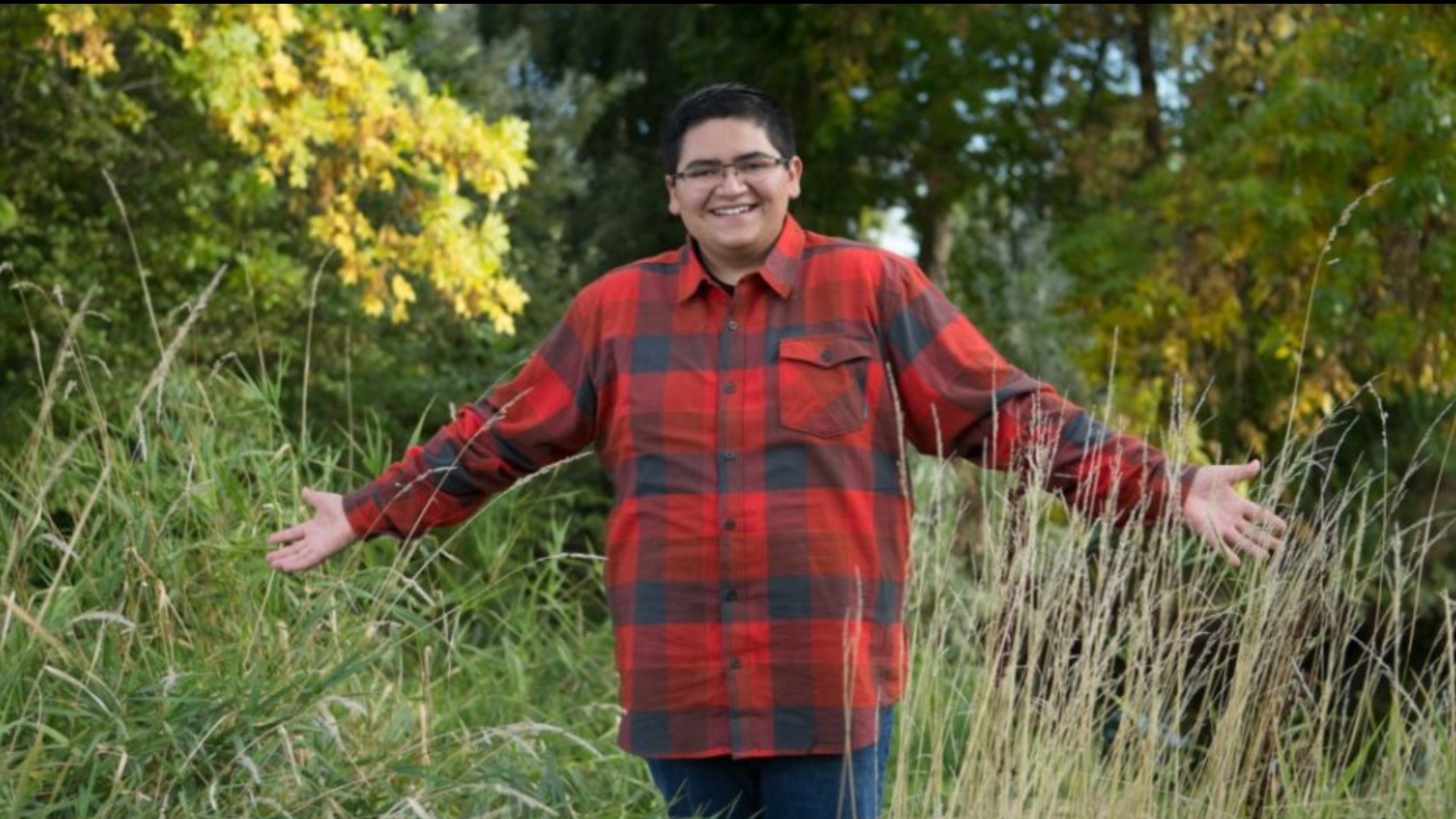 HIGHLANDS RANCH, Colo. — Kendrick Castillo,18, was shot and killed at STEM School Highlands Ranch on Tuesday, according to the Douglas County coroner. He would have graduated on May 20.

Nui Giasolli, a student at the school, said on the "Today" Show Wednesday morning that Castillo died a hero.

She said the gunman walked into her ninth period class late on Tuesday afternoon.

"He walked to the other side of the classroom where we also had another door," she told the "Today" show. "And he opened the door as if he was going to go back to his seat and then he walked back to the door and he closed it. The next thing I know he's pulling a gun and he's telling nobody to move."

RELATED: Suspect in STEM School Highlands Ranch shooting will be held without bond until next court appearance

Giasolli said Castillo jumped into action and lost his life trying to save others.

"That's when Kendrick lunged at him, and he shot Kendrick, giving all of us enough time to get underneath our desks, to get ourselves safe and to run out of, across the room to escape," Giasolli said through tears with her mother by her side.

She also thanked three other students she said ran toward the gunman. One of them was Brendan Bialy, a current poolee in the Marine Corps Delayed Entry Program (DEP).

"To be some of the kids that were brave enough to bring him down so that all of us could escape and all of us could be reunited with our families," she said on "Today." "They were very heroic. I can't thank them enough."

“Brendan’s courage and commitment to swiftly ending this tragic incident at the risk of his own safety is admirable and inspiring,” the United States Marine Corps said in a statement. “His decisive actions resulted in the safety and protection of his teachers and fellow classmates.”

"We are going to hear about very heroic things that have taken place at the school," Spurlock said Wednesday morning. "We do know that there was at least one we can verify, that a student encountered the suspects. I suspect that as the detectives get further interviews we are going to get much more heroic things."

The Douglas County Sheriff’s Office said the youngest victim in the shooting is 15 years old. All eight of the patients who were hospitalized are students at the school, Spurlock said.

Joshua Jones is one of the students who was injured. He was shot twice when he, Bialy and another student charged toward the gunman.

"Like most, we consider ourselves fortunate the result was not much, much worse," a statement from his family says.  "Our hearts and sincerest condolences go out Kendrick’s family as they deal with this insurmountable loss of such a special hero."

"We watched on video some of the things our deputies had done in regards to rushing in and taking the kids 100 yards to the closest ambulance, " Spurlock said." There was a lot of those things happening throughout the school with employees of the schools, other students and staff."