After 2 Valor Christian coaches were questioned about being gay, students protest school's policy

When Lauren Benner had a meeting with school administrators, she thought she was getting a pay raise – instead, she said she was asked if she was dating a woman. 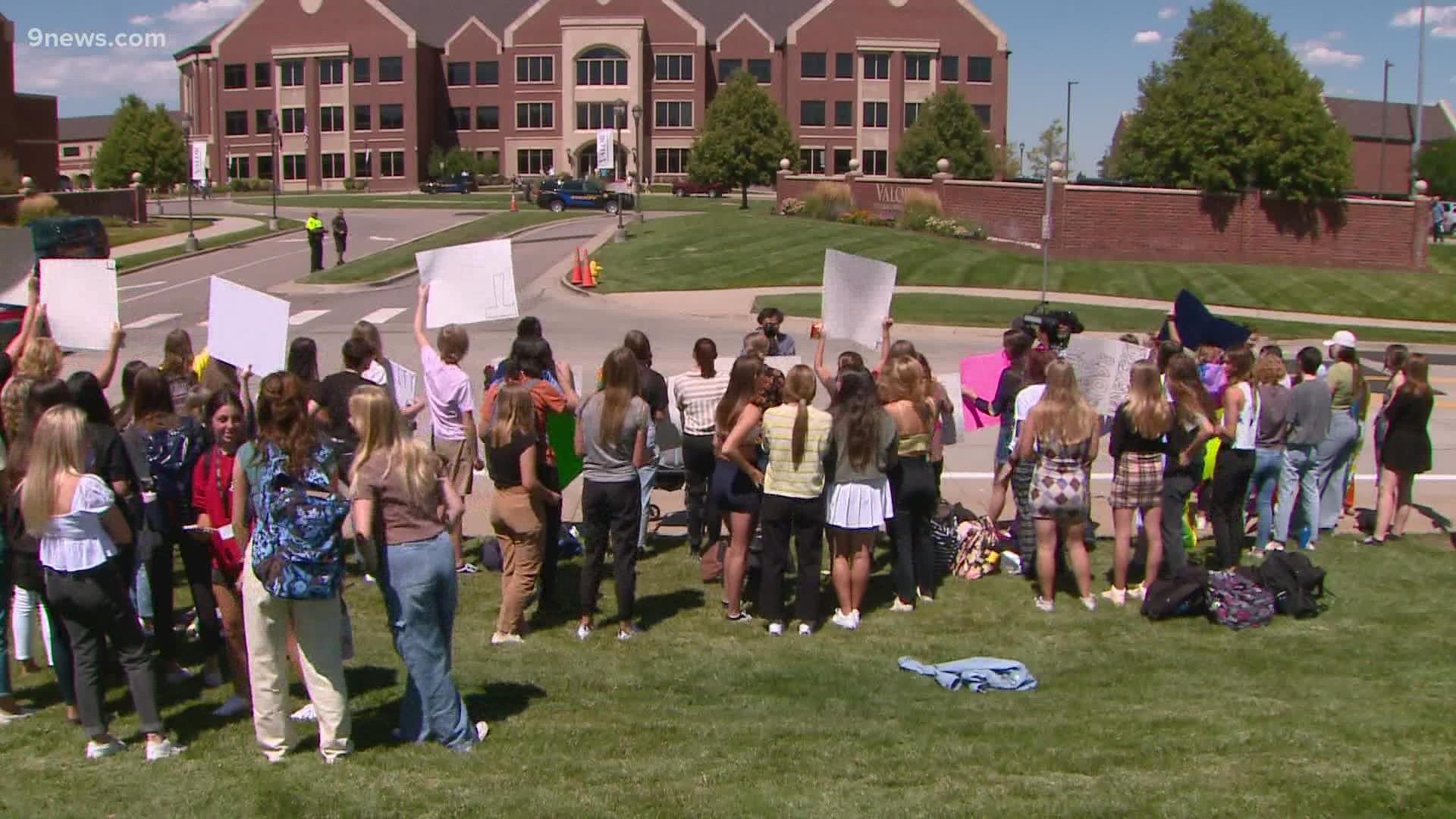 HIGHLANDS RANCH, Colo. — Her 3 p.m. Friday meeting was on her calendar and Lauren Benner was expecting a pay raise an a title change when she went to meet with her bosses at Valor Christian High School in Highlands Ranch, Colorado.

That meeting was nearly three years ago, but the former lacrosse coach and athletic administrator remembers the details clearly.

“We got an anonymous tip that somebody called in and suggested you were in a relationship with another woman and we need to know if that is true or false," Benner said an administrator said to her.  "And it was just in the moment of shock like I couldn’t believe I was being questioned about something that was so incredibly personal."

In an Instagram post where she shared her story for the first time, Benner said she lied and said no, feeling cornered and unable to explain this new exploration of herself that she didn't feel was any of her bosses business.

Benner said she had another meeting on her own terms where she was told she couldn't act on being gay.

"The word "fired" wasn’t mentioned, but it was, you would be asked to leave, that you can no longer work here if that’s what you continue to pursue," said Benner. "It was a matter of you can be that, but you cannot, and then the list started of what you cannot do after that."

Benner resigned in 2020, feeling the school was no longer a safe space for her. She said when she tried to tell staff and students why she was leaving from her school email address, staff told her to edit the email.

Valor Christian High School has not responded to our questions about Benner's resignation, but they did provide a written response about another coach who told his story before Benner.

Coach Inoke Tonga who was a volleyball coach said he left his job at Valor after staff told him he couldn't identify as a gay man.

RELATED: Coach says he left job after staff at Valor Christian High School told him he couldn't identify as a gay man

In a written statement, Valor Christian said they require staff "to agree with Valor’s Christian beliefs set forth in our Statement of Beliefs and in other policies and to live in accordance with such beliefs" which include "beliefs pertaining to sexuality and marriage."

They added that after Coach Inoke gave them a statement saying "he does not support Valor's Beliefs" that they agree "a separation is appropriate."

RELATED: Coach says he left job after staff at Valor Christian High School told him he couldn't identify as a gay man

Some students at Valor Christian said it's not just the staff that face consequences for being gay.

In a walkout at 1:40 p.m. on Tuesday afternoon, students left class with signs saying "Jesus loves Benner," and "Love thy neighbor." 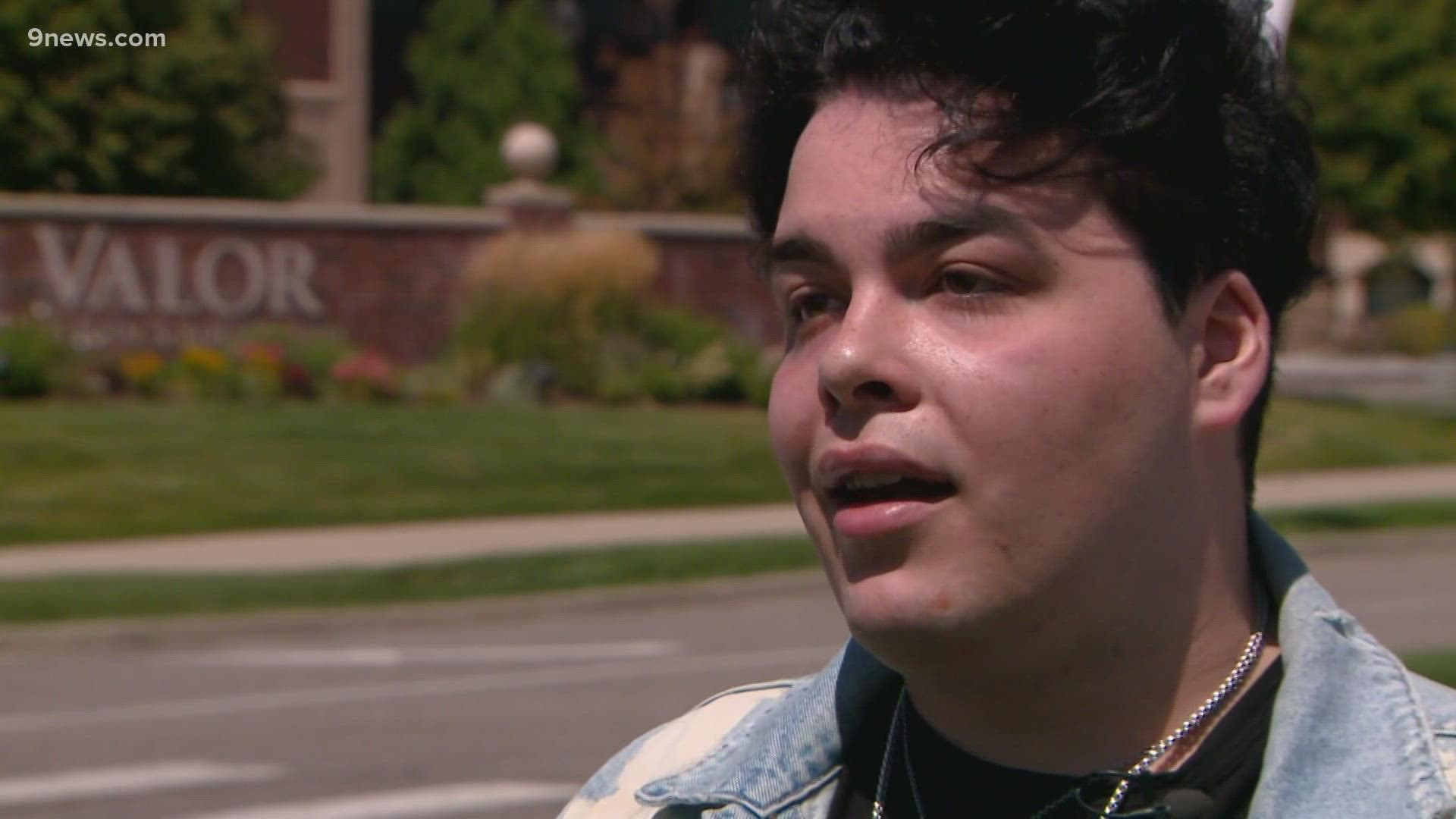 The students who walked out know they could face consequences, and alumnus Cole Watson sees bravery in that.

He graduated in 2018, and was openly gay while at Valor Christian.

"I had a teacher in one of my classes lead a discussion about what part of hell I would end up in because of my choices and I think it’s important to realize and I’ve realized since then it’s not a choice, I’m gay," he said. "That’s part of who I am. But it’s not the entirety of who I am and it took me a long time to disentangle that."

Watson created a document for other current students and alumni to add their stories to show no one is alone.

For those who don’t use Instagram, here’s a link to all of the story submissions I’ve received from current and former students. It will continue to be updated as more come in. This has to stop, and I’m hoping these can help catalyze that change. https://t.co/F35N9eu3H5

Now the legal questions behind discrimination based on sexual orientation are coming into focus.

Title VII of the Civil Rights Act of 1964 prohibits employment discrimination based on race, color, religion, sex and national origin. 9NEWS legal analyst Whitney Traylor said private religious institutions are not subject to every rule a public or government institution is.

"This is such an evolving area. There’s no federal law protecting sexual orientation," said Traylor. "It’s always complicated when you have a religious institution because there’s the religious freedom act and some of these other exceptions." 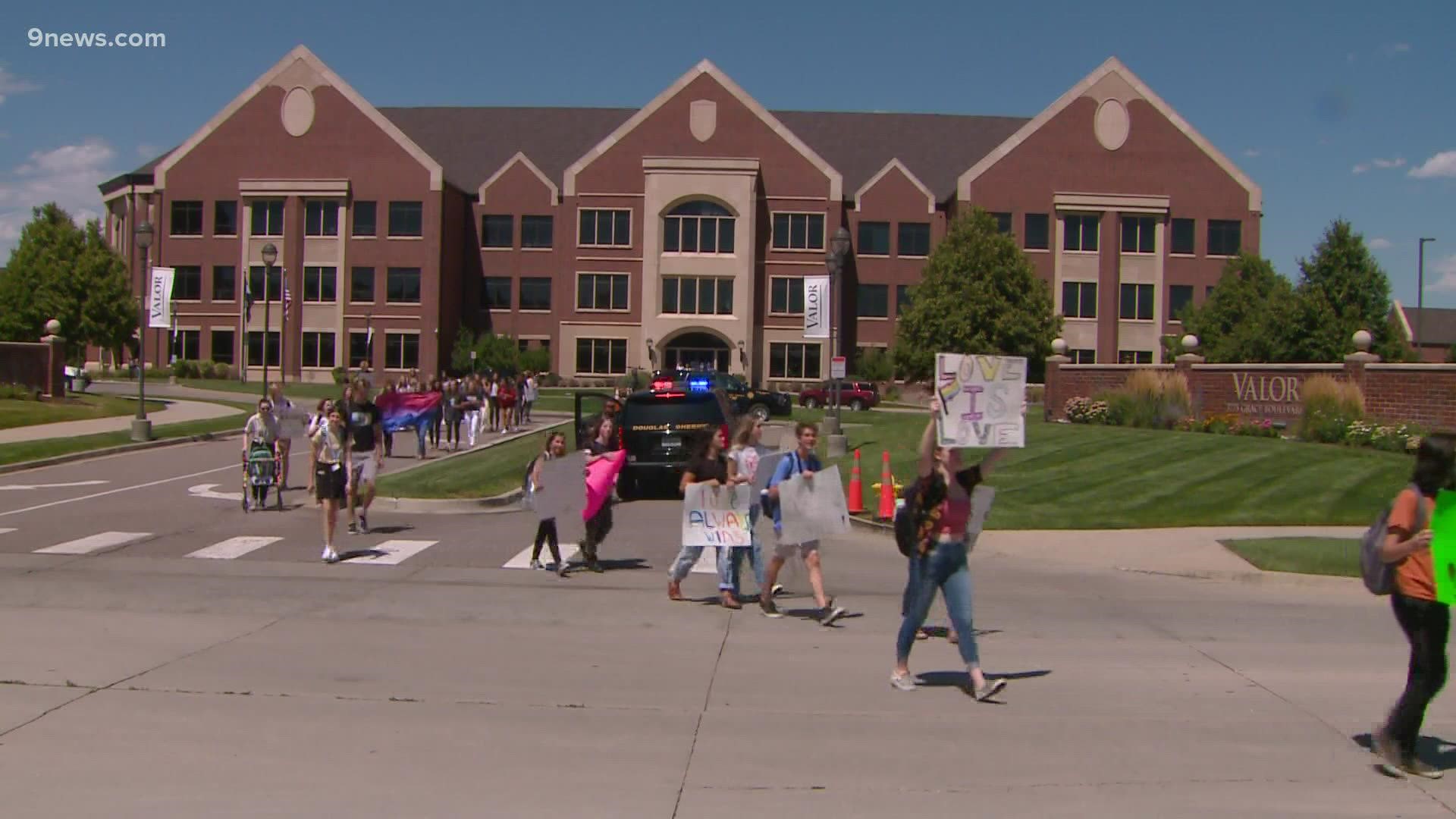 Ministerial exceptions allow religious institutions to select ministerial personnel based on the values they want to follow. It’s unclear if a volleyball coach applies.

University of Denver Daniels College of Business law professor Don Mayer said legal exceptions for religious institutions are not clear if they would apply to this case.

"The defense to that lawsuit based on Title VII sex discrimination would be this ministerial exception under the first amendment," said Mayer. "You’d be very surprised if the contract didn’t include some of that language where they say everybody here is part of that mission and our mission is to teach Christian values."

Courts around the country have began interpreting the Civil Rights Act to include protections for sexuality, but the supreme court has not.

"The courts had not interpreted that to include sexual orientation. But now there’s at least three federal appellate courts that have found that," said Traylor.

Colorado High School Activities Association has said this is a personnel issue and that it does not condone unlawful discrimination of any kind. The organization has not said if they are looking into Valor’s decision.