CSU has called out the social media post but, according to some students, it's not enough. 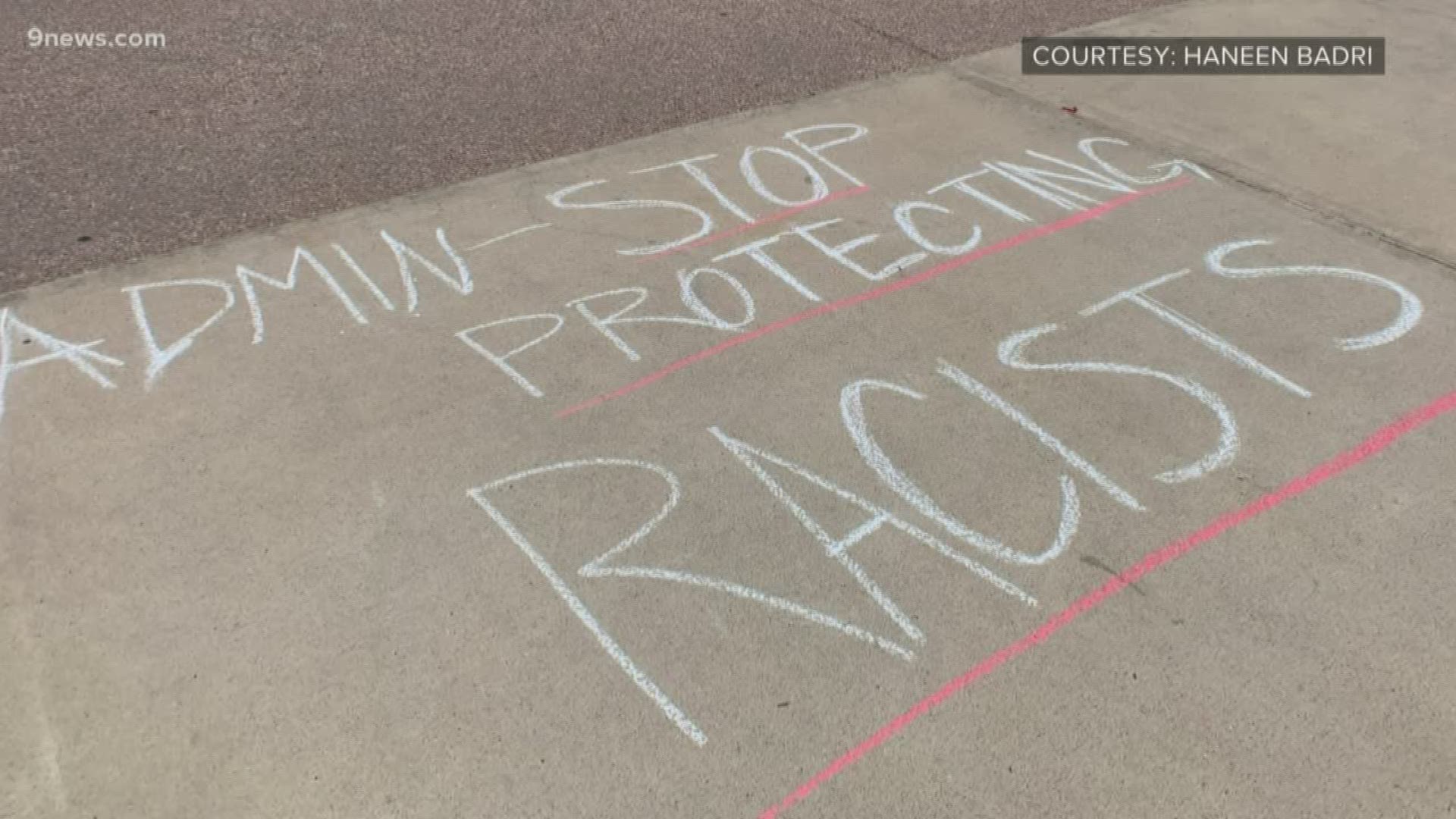 FORT COLLINS, Colo. — The photo upset students and so did the University's response to it.

CSU has called out the social media post but, according to some students, it's not enough.

Now, students at CSU are appealing to the student government. They plan to present the "Protecting Students From Future Hate Speech" resolution on Wednesday.

Haneen Badri is a senior at CSU and served in student government in years past. She says the resolution is, "to condemn the blackface act that happened on campus in our dorms because the university won't condone it."

In a letter to campus, CSU leaders said the post runs counter to their principles of community but it does not violate any CSU rules. They cited the First Amendment as a reason why they couldn't take any action.

"CSU values diversity until we get here," said Badri. "After we get here, they don't do anything to show us that we're valued."

The outrage and disappointment from the students has been so strong, some took to the sidewalks.

"On Wednesday, students came and wrote messages across the plaza," explained Badri.

Another message asked the school president to do more. Soon after they were written, the messages were washed away.

CSU spokesperson Mike Hooker says CSU employees were doing regular maintenance. "The University agrees that the messages should not have been removed," he wrote.

All maintenance crews have since been reminded of the appropriate protocol for chalked messages on campus.

Badri says they're not asking for the students to get expelled, they're asking for reform. "Some kind of educational program to be implemented on campus to prevent things like this from happening."

After the backlash of the first statement, CSU sent out another one saying they were going to fund initiatives to combat racism at the school, host symposiums and discussions on how students and staff can work together not to have these types of incidents happen again.