Jacob Ruth talked about his struggles since learning from home started on March 18. 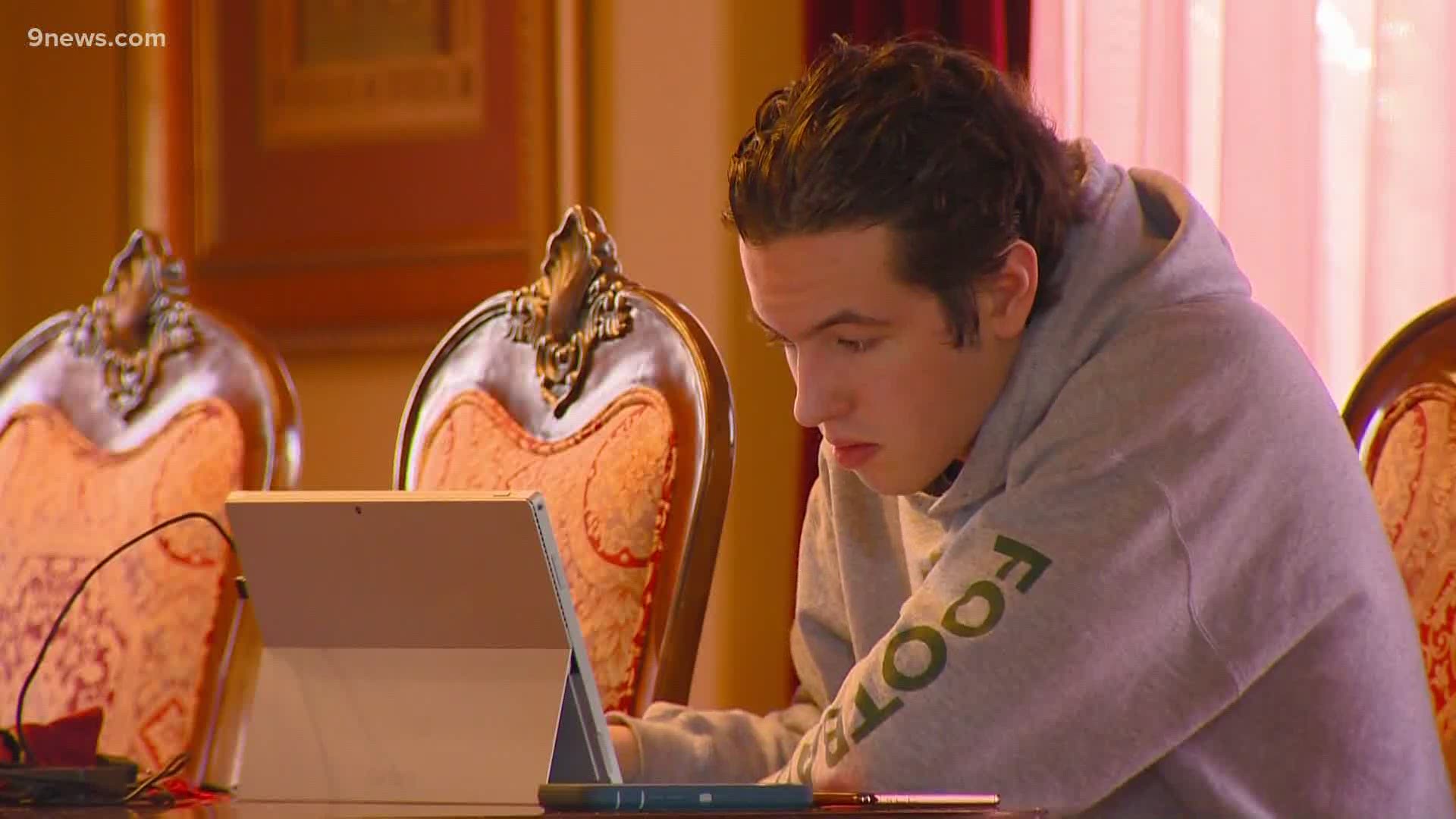 DENVER — For many people, life is about order. But, what happens when that order is disrupted like it was for Jacob Ruth?

"It's been a lot harder for me actually," Jacob said.

He is a senior at Bishop Machebeuf High School in Denver and made the switch to remote learning on March 18, a big change to the routine and schedule he had gotten used to.

She said her son has autism spectrum disorder, and learning through video chat for him doesn't really work.

"He definitely is not getting as much out of school now as he was when he was in school," Ruth said.

Jacob said he has trouble learning the materials without being able to get immediate help from his teacher or classmates face-to-face.

"It's horrible, actually, for me because I used to like being in a classroom with people," Jacob said.

Dr. Annette Nunez, a psychotherapist, said change in learning methods is a big challenge for students with special needs.

"Well, the way I look at this is that we're not maybe necessarily keeping up with the academics, and that's okay because, right now, we're teaching our kids flexibility — and that's a life skill," Nunez said.

She said parents should establish a routine and schedule right away because breaking routine can have a big impact on students like Jacob.

"It can cause anxiety and stress in which they become behavioral," Nunez said. "They can lash out physically, verbally. I think it will be draining on parents."

Ruth said over the past few weeks of being away from school, she has noticed a difference in Jacob.

"I haven't seen regression, but he's definitely doing more things that he used to not do," Ruth said.

Nunez said she is worried about parents with younger children on the autism spectrum who are trying to learn online.

Jacob said he understands how younger children with autism can have more problems than he does. He said he could not sit still and pay attention to a screen for very long.

"Isolation has been difficult for people who've been on the spectrum ...and if I was just about 5 years old, as my mom said, then it would be so challenging for me," Jacob said.

Tina Ruth said the uncertainty of everything related to COVID-19 makes the situation even worse.

"If you're at home and your parents are trying to work and they're working at the house or maybe they're back at their jobs, I don't know if it's sustainable for the average disabled child that really needs that one-on-one support," Ruth said.

Nunez said she advises families to focus on developing social skills and other daily habits while at home in lieu of the support students receive in person at school.

"Children with autism and developmental disabilities, they feel nonverbal stressors of the world 100 times more than we do," Nunez said.

Jacob said he is ready for another change, the change back to normal life.

"I could go a little insane because isolation has been difficult for people," Jacob said.