"Data is important, but every data point is a human being, and that's what matters," Lauren Casteel, the CEO of the Women's Foundation of Colorado, said. 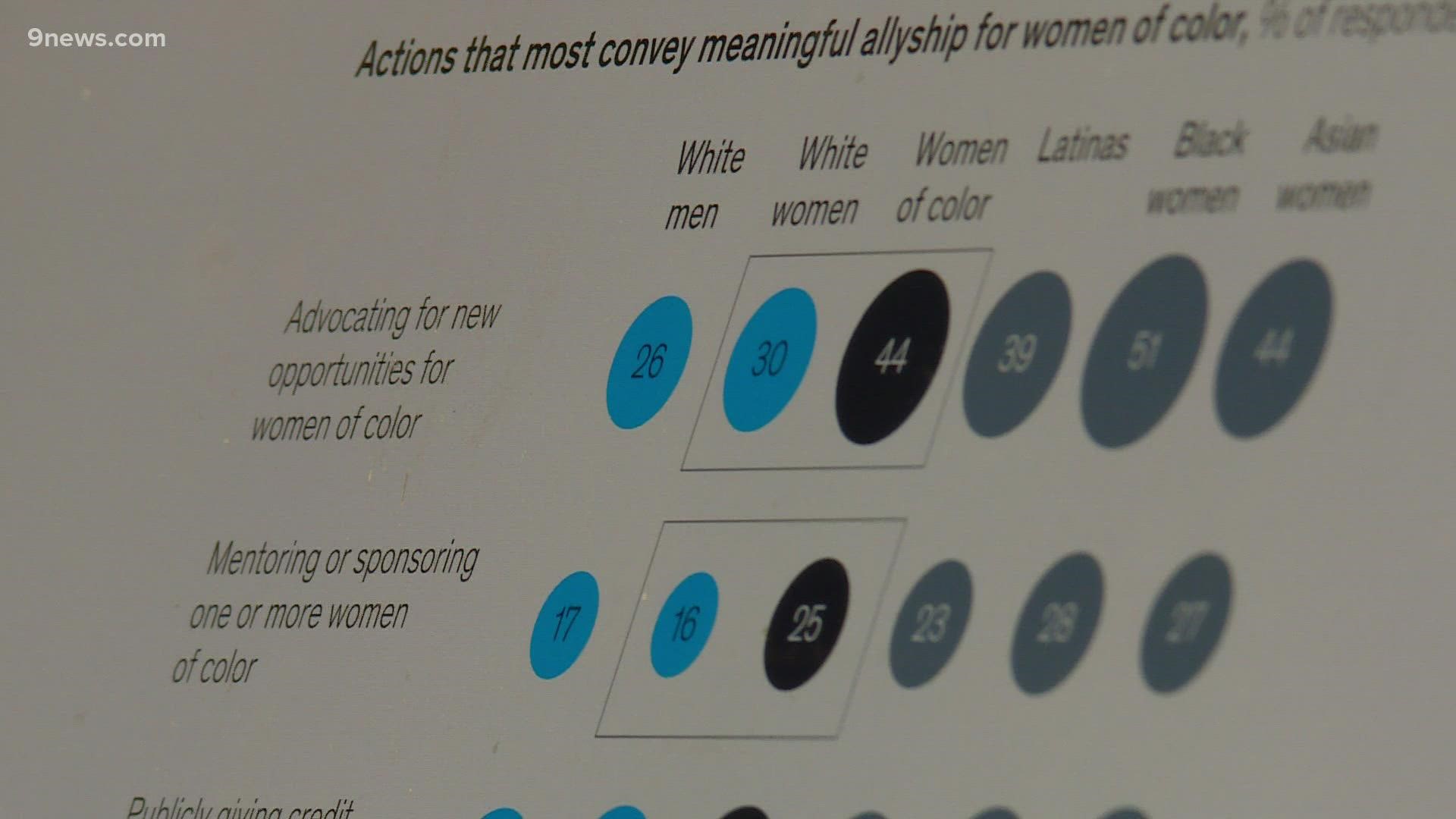 DENVER — Even after a year of focus on things such as diversity, equity and inclusion, the corporate world is still failing women of color.

The data collected by the McKinsey and Company and in partnership with LeanIn.org showed where the trouble areas are. The survey claims to be the largest study of women in corporate America and is in its seventh year.

With more than 400 participating companies and 65,000 people surveyed, it showed despite DEI trainings over the past year, women of color continue to face bias and discrimination.

According to the survey, even though the number of white employees who identify as allies to women of color has increased, the number of them taking action as an ally has not.

"Data is important, but every data point is a human being, and that's what matters," Lauren Casteel, the CEO of the Women's Foundation of Colorado, said. "When we talk about inclusion, it’s not just having a seat at the table. It’s having a voice at the table to be part of decision-making."

The Women's Foundation of Colorado is an organization focused on gender, racial and economic equity.

Here in Colorado, Casteel said, they are partnering with Colorado Inclusive Economy to dig deep on how they can develop practices that bring not only equity but representation into the workplace.

While there is not just one solution, she hopes all will contribute to drive the data in a better direction.

"Inclusion is not about exclusion. It’s not about loss. It’s about opportunities for gain for those that may have not had the opportunity before. So it’s a spirit of generosity and a commitment to our community as a whole," Casteel said.

The 62-page survey had many findings, including that women's representation improved across all levels of the corporate pipeline in 2020.

RELATED: Denver's new chief equity officer will look at how the city spends money on equity and diversity efforts