DENVER — The suspect transported by ambulance from a Denver neighborhood following an incident Sunday where two police officers were shot has been identified as 35-year-old Joseph Quintana, according to the Denver Office of the Medical Examiner.

Quintana died of a gunshot wound, the coroner said in a news release. His cause of death was ruled to be suicide.

Quintana was taken into police custody at about 6 p.m. Sunday and rushed to Denver Health for treatment after a fire broke out at the home he was holed up inside, according to Denver Police Department Chief Paul Pazen.

It's unclear at this time what started the fire.

Police scanner recordings confirm officers were called to the 600 block of Inca Street just before 6:30 a.m. Sunday. They were called again around 11:40 a.m. with more reports of shots fired. A standoff with Quintana began around 1:30 p.m. - right after police said he shot two officers, police said.

The officers - who were pulled to safety by other law enforcement - were taken to Denver Health and are in fair condition with a full expectation to recover, Pazen said during a Sunday afternoon media briefing.

One of the officers who was shot was a veteran and the other was "brand new," Pazen said. He did not offer any more details, such as the officers' names or ages. The update provided by police on Monday said they would not identify the officers at this time out of respect for them and their families.

"Both officers are in great spirits. In pain, but they demonstrated tremendous strength and courage," Pazen said.

A SWAT officer who was responding to the scene was involved in a serious car crash. He was released from the hospital Monday.

Pazen called the incidents that led to a tense afternoon a "very dangerous situation" and commended the restraint his officers used during the hours-long standoff. Police said they also believe Quintana was in this home alone.

Quintana has an arrest record in Colorado that dates back to 2001, and after charges in 2016, a judge issued a protection order that told Quintana he had to give up all firearms until after 2023.

Quintana signed the order saying he would file proof of relinquishing all firearms within three days. Nothing in his court file indicated he complied.

Last year, 9Wants to know found that no one verifies or enforces the law when suspects fail to file the proof. 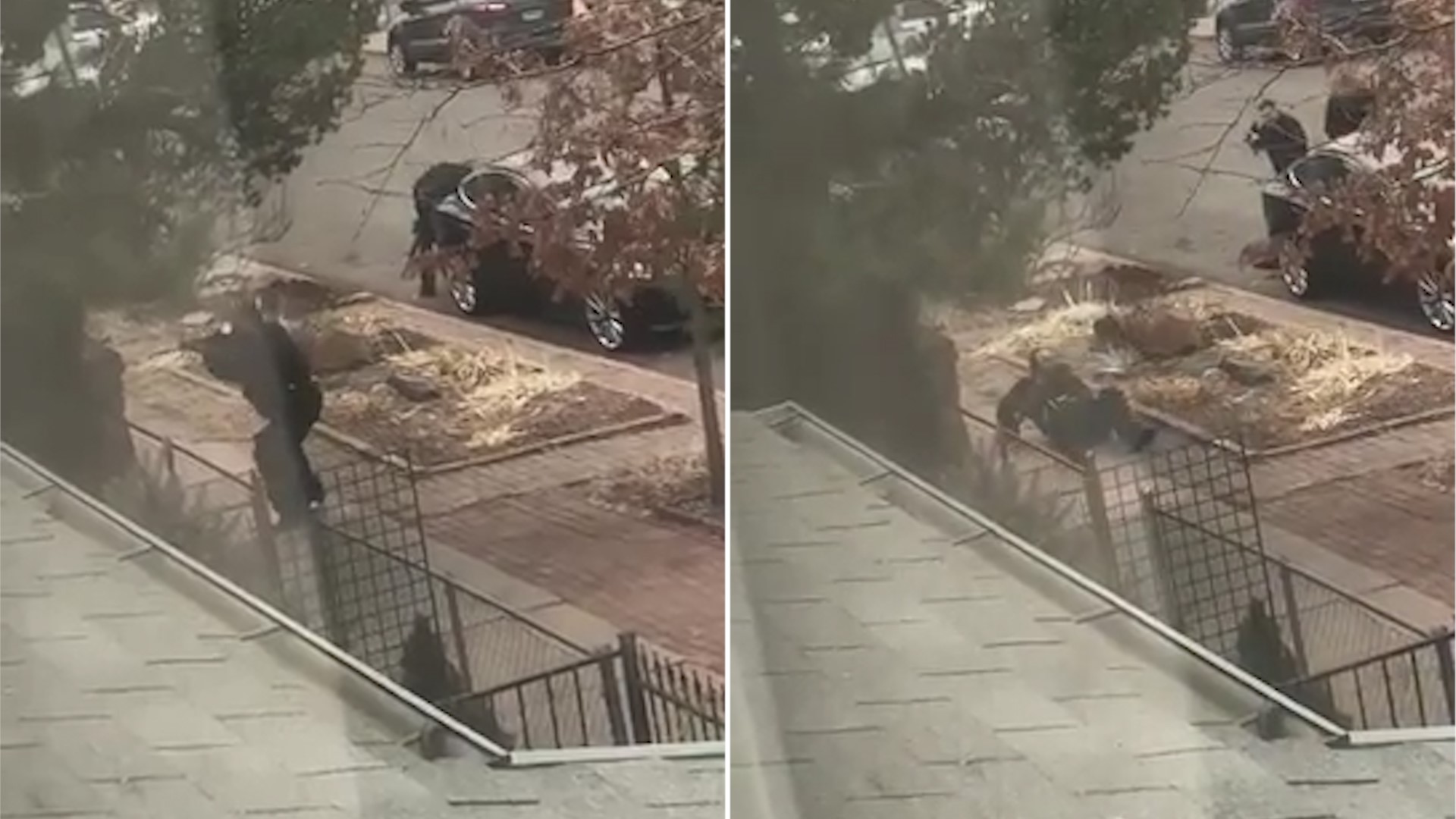 Denver Mayor Michael Hancock, who attended and led an afternoon press conference on Sunday about the shooting, released a statement applauding the bravery of the injured officers.

"Our dedicated officers put themselves directly in harm’s way to keep every one of us safe," Hancock's statement read in part. "They deserve to have the very best protection available to do their jobs as safely and effectively as possible, and we will be reviewing this incident to be sure they do.”

He also visited the officers at the hospital on Monday.

According to the Denver Police Department, the arrest warrant in the case has been sealed. Police said no new details are available during the investigation and more information wouldn't be released until law enforcement was done doing "interviews with people involved" - and that could take into next week.

Trevor Pinkerton lives about a half a block away from the scene at 6th and Inca. He told 9NEWS he was on the porch of his home watching - and listening - to the whole ordeal unfold.

"They just kept repeating, come outside with your hands up; we’re trying to help you," Pinkerton said.

9NEWS viewer Lisa Adams said she was on her way to the salon when the salon called her to cancel because of the police activity in the area of 6th and Galapago.

She said she lives just two blocks away, and around the time that she was leaving for the salon she heard loud noises and saw a lot of police officers.

"It's pretty nerve-wracking," Adams said to 9NEWS. "I live so close by. I'm used to walking around this neighborhood all the time - to see this happen and see him still in there is kind of scary."