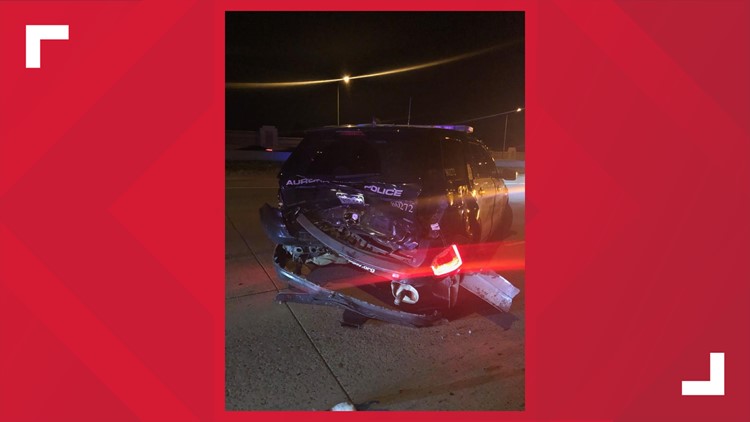 No officers were injured after a driver now being investigated for DUI hit an Aurora Police Department patrol car early Sunday morning.

According to a tweet from police, the crash happened near Interstate 225 and Alameda Avenue while officers were in the area investigating another wreck.

Photos shared by police show the patrol car had been rear-ended.

The driver responsible has not been identified.

No additional information was immediately available.