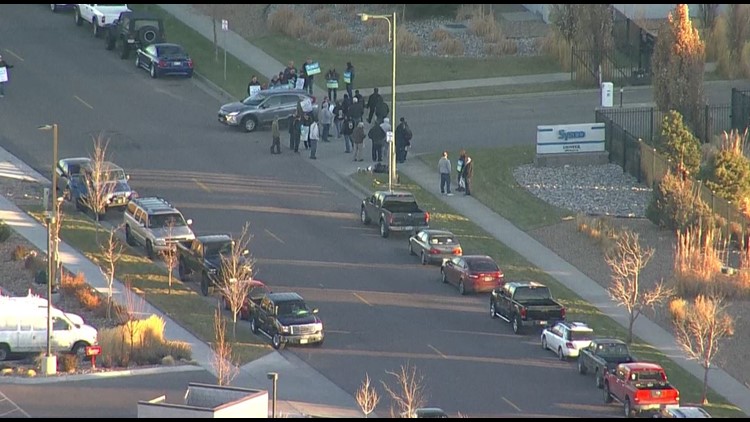 DENVER — Employees at the Sysco Denver warehouse will return to work after a 13-day strike, a representative for their union said Friday.

More than 330 employees went on strike earlier this month because of alleged unfair labor practices.

The strike included workers and drivers who work with Sysco, a foodservice company, at the warehouse in northeast Denver. Various restaurants, schools and hospitals in Colorado rely on Sysco services, and staff at those businesses were scrambling in to make up for the lost product.

“On the day we found out that we weren't going to get our order, that was the hardest day probably,” chef Kyle Viera, with 801 Chophouse, told 9NEWS. “Whether it's onions or to-go boxes or labels, it's all of almost equal importance.”

9NEWS has reached out to Sysco for a statement.

According to the union’s release, employees were scheduled to return to work on Friday afternoon.