The spill caused "significant fish kill", according to the Environmental Protection Agency. 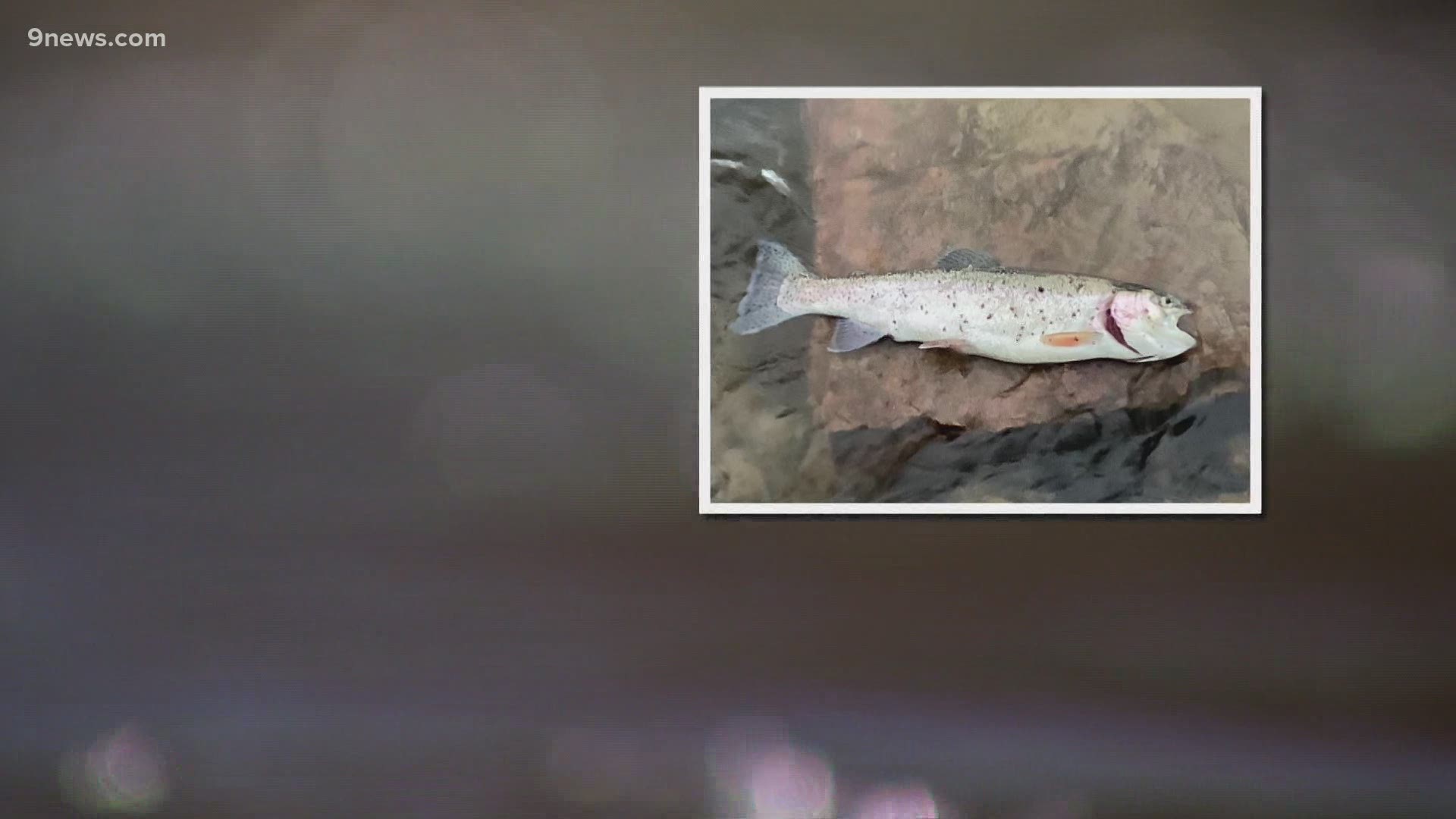 LYONS, Colo — The driver of a tanker truck that crashed northwest of Lyons last month, causing fuel to spill into the North St. Vrain Creek, has been cited for careless driving.

According to the Colorado State Patrol (CSP), 26-year-old Evans resident David Cunningham was driving the truck that rolled over on US 36 at Apple Valley Road on April 27.

CSP said the investigation is complete and no other charges are expected.

>Watch the video above for more on the impact of the fuel spill.

The tanker was carrying 8,500 gallons of gasoline, according to the Environmental Protection Agency (EPA), and between 1,000 and 1,600 gallons spilled out. It is unknown how much of that fuel made it into the creek, the EPA said, but the agency said it caused "significant fish kill a few miles downstream.

Colorado Parks and Wildlife (CPW) reported several hundred fish were collected and stored as evidence as part of an investigation to assess the damage to wildlife.

CPW said it was not possible to count or collect all of the dead fish, but explained that they would use "statistically valid methods." to accurately estimate the losses.

CPW said they were working with the EPA, the Colorado Department of Public Health and Environment (CDPHE) and the CSP to collect as much information as possible.

RELATED: Driver fatigue believed to be main factor in weekend crash that closed I-25 for more than 36 hours