A family member of Alex Domina, 19, called for help on Aug. 16 to report that he was suffering a mental health crisis in the backyard of the home. 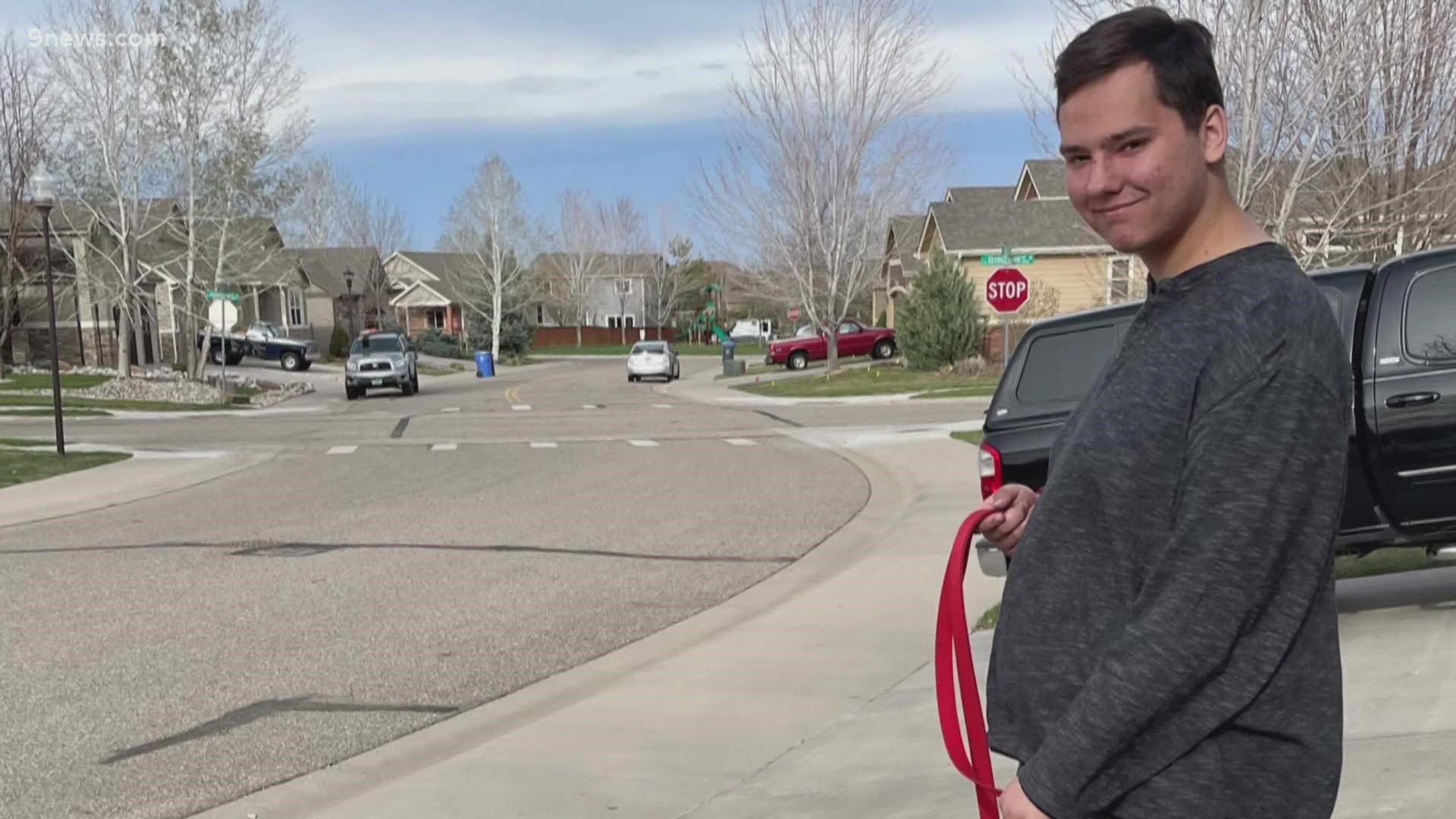 LOVELAND, Colo. — The Loveland teen who was shot by a Loveland Police (LPD) officer after a family member called 911 to report that the teen was having a mental health crisis has died, sources told 9Wants to Know.

Alexander Domina, 19, was shot on Aug. 16. In the immediate days after the shooting, an attorney for the family said Domina underwent at least three surgeries and described his condition as touch-and-go.

"Alex’s family’s greatest hope is that his tragic shooting will inspire mental health training for all Colorado officers so that no other family loses a loved one as they lost Alex," said attorney Mari Newman.

A celebration of Alex’s life will be held on Saturday at the Crossroads Church in Loveland.

According to a release from the 8th Judicial District Critical Incident Response Team (CIRT), led by Fort Collins Police, someone in a Tennessee Street home called 911 just before 7 p.m. and requested police assistance for a male family member who was experiencing a mental health crisis and "actively damaging the home."

LPD released body-camera footage and the 911 call related to the incident on Aug. 25.

> The video below is what Loveland Police released on Tuesday. It includes both the 911 call, body camera footage and an explanation of the incident by Chief Bob Ticer. The video may be disturbing to some viewers and discretion is advised.

At one point the video shows Domina breaking patio furniture before he begins moving towards the officer with a knife in his hand.

The officer warns Dominia not to come near him, and to put the knife down, but he did not respond.

As Dominia appeared to begin moving faster, the officer shot him three times in the stomach from several feet away. Officers rendered aid until additional help arrived and Domina was taken to the hospital.

LPD has identified the officer who fired his weapon as Patrol Officer Eddie Luzon, who has been with the department since 2019. LPD said he is on paid administrative leave pending the findings of the investigation.