That massive I-25 fire was one year ago today

One year ago, a tanker truck blew a tire and crashed into a median on Interstate 25. It's resulted in a fiery crash that shut down the highway for hours. 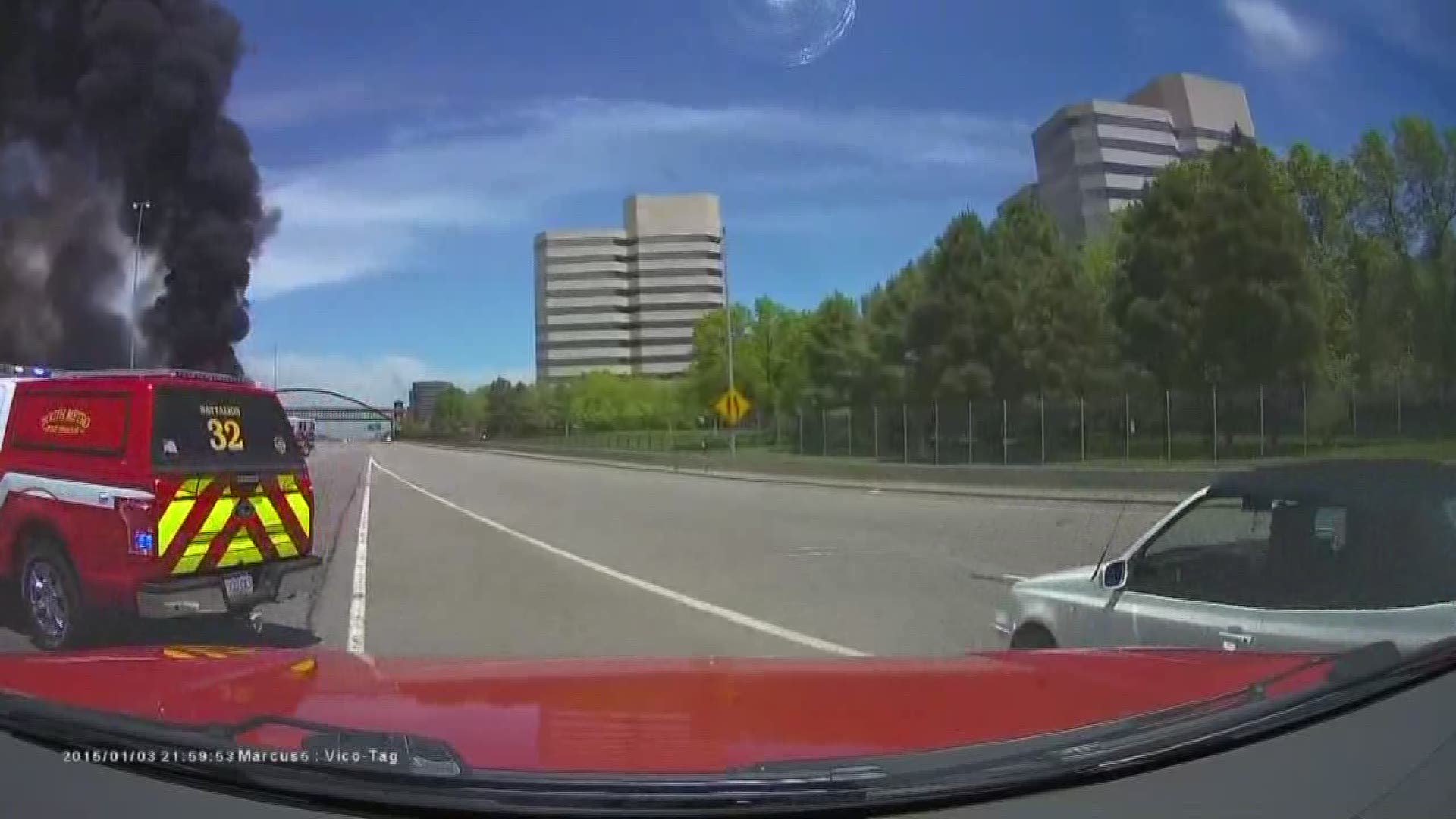 DENVER - One year ago today, a massive fire shut down a portion of Interstate 25 for hours.

On May 31, 2017, a tanker truck carrying fuel blew a tire in the northbound lanes of I-25. It crashed into a median, spilling the fuel and causing a fiery crash.

The resulting fire near I-25 and Orchard Road shut down the highway all the way to East Belleview Avenue. The light rail was also closed in the area. The fire burned so hotly that it melted the top layers of the roadway.

Enrique Dominguez was driving the truck and had to jump from the burning vehicle. Two workers from the Colorado Department of Transportation who witnessed the crash came to his aid.

Video shot by witnesses showed one of the workers sprint toward the burning vehicle just as the driver jumped out. The worker helped drag Dominguez to safety as the flames started to intensify.

On Wednesday the family of Dominguez released a statement:

"His family would first and foremost like to thank everyone for all of the positive thoughts and prayers that have come his way since the accident, especially the two CDOT employees (Matt Bell and Richard Smith) who helped him get away from the burning truck after the accident," the statement said.

The statement went on to say that he's "cherishing every extra moment with his family that he has been granted."

Colorado Department of Transportation on the fire a year later

Amy Ford, spokesperson for CDOT, said when her organization thinks about the fire they think about the heroes.

“The image I will never forget is the video footage someone caught from an office,” she said, “where you see our two guys running up to the burning vehicle.”

Ford said one of the biggest lessons learned was traffic management.

The fire last May was so hot it was melting part of the interstate. Ford said drivers were being diverted to other roads like Arapahoe and Belleview. But those roads couldn't handle the volume, she said.

At one point crews were manually changing stop lights, she said.

While Ford said the different agencies called out that day worked well together, CDOT is still looking at ways to strengthen their response to an incident like this.

Ford said an example of that could be working out of one command area with police, CDOT and other agencies accessing each other’s data, diversifying the roads people are redirected to from the get-go and adjusting the signals in a more automated fashion than by hand.

“There’s already a lot of sharing,” said Ford, “but we want to take it one step further.”

Ford said the partnership with E-470 was great. The tolls were waived at the time.

“We’ve started talking about joint incident management plans so we aren’t making those calls on the fly,” she said.