There could be unexploded military weapons near Green Mountain

The National Guard has warned residents in neighborhood's around Green Mountain about potential unexploded munitions for several years now. Next week, they'll unveil better technology to held find any in their yards. 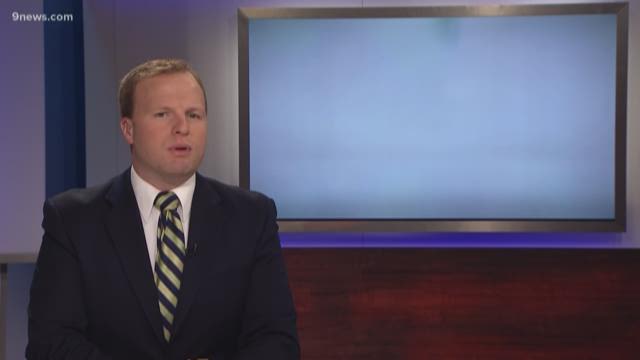 People who live in the neighborhoods surrounding Green Mountain have been aware of the possibility of unexploded military weapons surrounding their homes for years.

The National Guard used Green Mountain as an artillery impact area from 1912 until the late 1930's.

New technology will now allow people who live there to know whether or not an unexploded device is in their backyard.

The National Guard has always said there is a very low chance any residents or visitors are in danger.

Two years ago, yards were surveyed with metal detectors, but they were too sensitive and picked up on any metal object below the ground.

A meeting on Feb. 22 will allow people to sign up for another survey that will use a more advanced metal detector.

This one will be able to tell the difference between a discarded nail underground and a potential piece of a 75 millimeter high explosive.

The National Guard is focusing these efforts on the Green Mountain Estates and Mesa View Estates neighborhoods, but anyone in the vicinity is welcome to attend the open house.

Dave Rosner lives in the neighborhoods that the National Guard looks at, but he says after 70 years, he's not too worried about the bombs being volatile.

"We have more problems with rattlesnakes and coyotes here than ordnance," Rosner said. "I've never heard of an incident of someone coming in contact with an unexploded ordnance up here. And the guys who were searching for ordnance would see two or three rattlesnakes per day. So you're more likely to run into a snake than a bomb."

Rosner says he still thinks it's important to be vigilant so people don't mistake a potential unexploded device for a rusty can.

In 2015, investigators did find 12 unexploded pieces of artillery 2 to 16 inches underground.

The meeting will be held Thursday, Feb. 22 from 6 p.m. to 8 p.m. at the Red Rocks Community College in the community room.