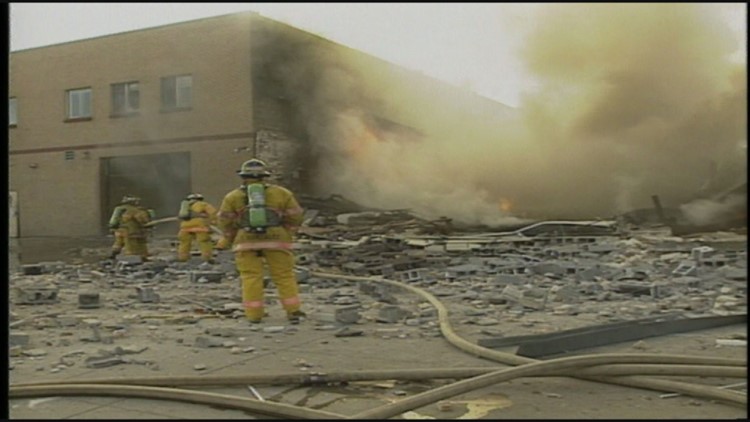 KUSA — Twenty one years ago, there was an explosion one block away from Tuesday's natural gas explosion in Denver's Baker neighborhood.

Work crews were repairing the roof at the time of the blast. The Denver Fire Department later determined that a ceiling mounted heater in the building mixed with the natural gas heat.

A duplex less than a mile away from the 1996 fire also exploded in 2004. Nine members of a family were taken to the hospital.

It's unclear what caused that explosion.

A spokesperson for the Denver Fire Department mentioned these explosions during a media briefing when he called Tuesday's incident the worst one that Denver has seen in 10 years.

Two gas explosions happened within blocks of the one at Santa Fe &amp; 4th; Denver Fire said this incident is the biggest gas explosion they've seen since 1996. We have no indication now that these three explosions are related.

We have no indication now that these three explosions are related.