This campaign targets the perpetrators of domestic violence

Stand Up Colorado is a new campaign that calls on people with abusive behavior to get help before domestic violence escalates. It also call on us, the public to spot the signs of abuse. 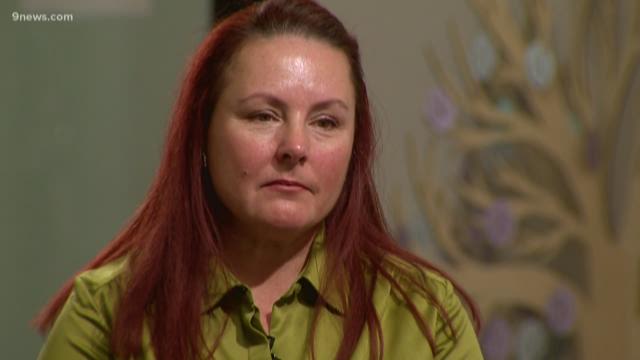 One in seven Coloradans will experience domestic violence in their lifetime. A new campaign is aimed at getting that number closer to zero.

Stand Up Colorado is part of the Colorado Coalition Against Domestic Violence, a nonprofit coalition that helps survivors of relationship violence and their families.Nanette Chezum is a volunteer with the Coalition and Stand Up Colorado. She's also a domestic violence survivor.

"There were several times I was brought to tears, there were many time when my whole entire body would shake," she said. "My body was warning me that this man is not safe."

She endured seven months filled with verbal and psychological abuse.

"I felt like as time went on I was to blame," Chezum said.

But she realized she was wasn't and was able to get out.

"It escalates," she said. "Unless the perpetrator gets help and acknowledges he or she has a problem, it will escalate and will continue to get worse."

That’s why the new Stand Up Colorado campaign targets those with abusive behaviors.

"Our key message is relationship violence is not okay but it is okay to ask for help," Ellen Stein Wallace, the manager of the campaign, said. "It's interesting how many people who use abusive behaviors don't realize what they are doing is abusive."

"This campaign is really looking to create change before the abuse escalates," she added. "Before those using abusive behaviors end up in the court system and court mandated into treatment."

The campaign has a hotline, 855-9-STANDUP people can call to take the first step in getting that help.

"You have the opportunity to change your behavior before you've ruined your life or the life of somebody else," Wallace said.

The second part of the campaign focuses on the public.

"Often people recognize the physical abuse, the black eye, the bruises," Wallace said. "We want people to understand that relationship violence is much broader than that."

Stand Up Colorado will start airing television ads, posting on social media and handing out information, educating us on the signs of abuse. There's also a pledge you can take to STAND UP to relationship violence in your community.

"One of the things this campaign can do is bring that issue out of the shadows and let survivors know, they are not alone and that we really are working as a state to end relationship violence," Wallace said.

Today, Chezum no longer believes she's alone. She's volunteering with the coalition and telling her story in hopes of helping others

"It's made me stronger," she said. "I am way more outspoken than I have ever been in my life and I value myself and I expect others that come into my life to value me as well. There's a lot of us out there and it's time to stand up."