This fungus is killing peach trees. CSU researchers think they have a solution

Colorado peach tree growers lose an estimated $6 million annually due to the fungus cytospora. Now, CSU researchers may have figured out a way to stop it. 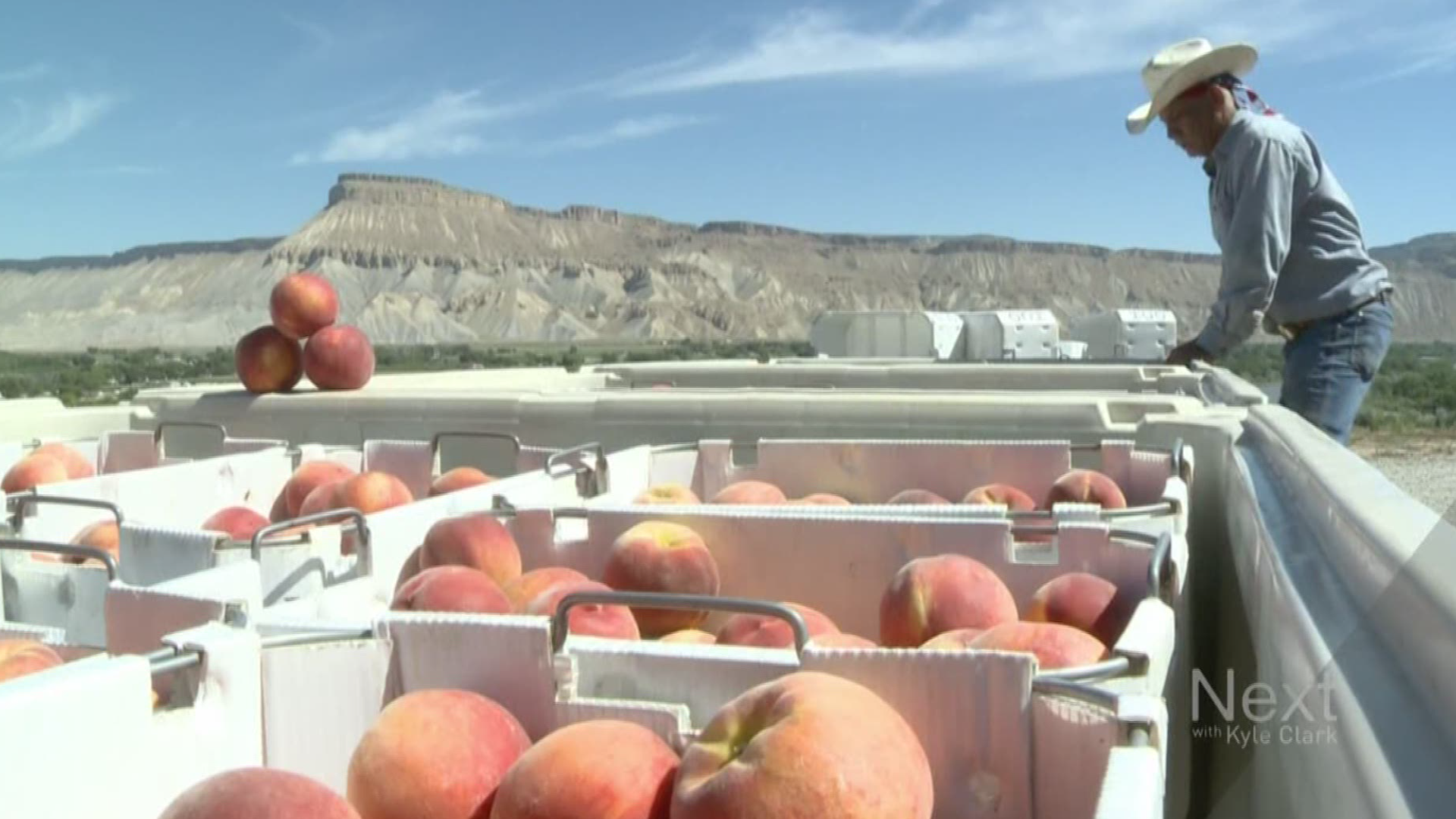 KUSA — Researchers at Colorado State University think they have found a solution to the ever-growing problem of peach trees dying due to cytospora: spraying latex paint and the fungicide Topsin.

Cytospora is a fungus that attacks tree bark and wood and kills the tree by stopping water transport. The disease typically takes about four years to kill the tree, and it doesn't affect all trees in the orchard at once.

"It's very hard to convince a grower to remove a tree immediately. He's still making money [on it]," Minas said.

That's because peaches still grow on infected trees and can even taste sweeter, Minas added.

Bruce Talbott of Talbott Farms, which grows peach trees in Palisade, said they end up with 10 to 15 productive years on a tree that's infected, rather than 20 to 25 years.

"The fruit that is produced is unaffected by the fungus," he said in an email to 9NEWS. "There is just less total fruit than there would be if cytospora wasn’t present, and we commit a lot more resources to replacing orchards."

The fungus is not new. It's been a growing issue for about 20 years, and costs peach tree growers an estimated $6 million a year.

"That's coming for when you're expecting to have a tree productive for 18 years, and peach tree growers are having to get rid of some trees," Minas said.

But Minas, along with Jane Stewart, CSU plant pathologist and other researchers, said the solution lies with combining two chemicals to prevent the fungus from infecting young trees.

Minas said testing of 20 current pesticides used by peach tree growers revealed that covering a peach tree with latex paint (think paint typically used in homes), as well as Topsin will cause fewer cracks and not allow the cytospora to enter the tree.

"You will be able to grow a tree with more security for the first years of its life ... and minimize the risk of infection in lower parts of the trees," Minas said.

Minas said using the combination does not pose a risk to humans, either.

"In order to commercially produce fruit, you have to use fungicides," Minas said. "All the existing fungicides we're using are completely safe for the consumers."

Stewart and her graduate student, Stephan Miller, are also working on an experiment to identify which varieties of peach trees are less susceptible to the fungal disease.

“So what we hope to find is varieties that don’t have very large legions, meaning that they’re a little bit more tolerant or resistant to the pathogen,” she said.

If they find certain peach varieties can withstand the disease longer, growers can choose to plant those ones over other weaker trees.