The crash happened Monday afternoon near East 126th Avenue and Washington Street, according to police. 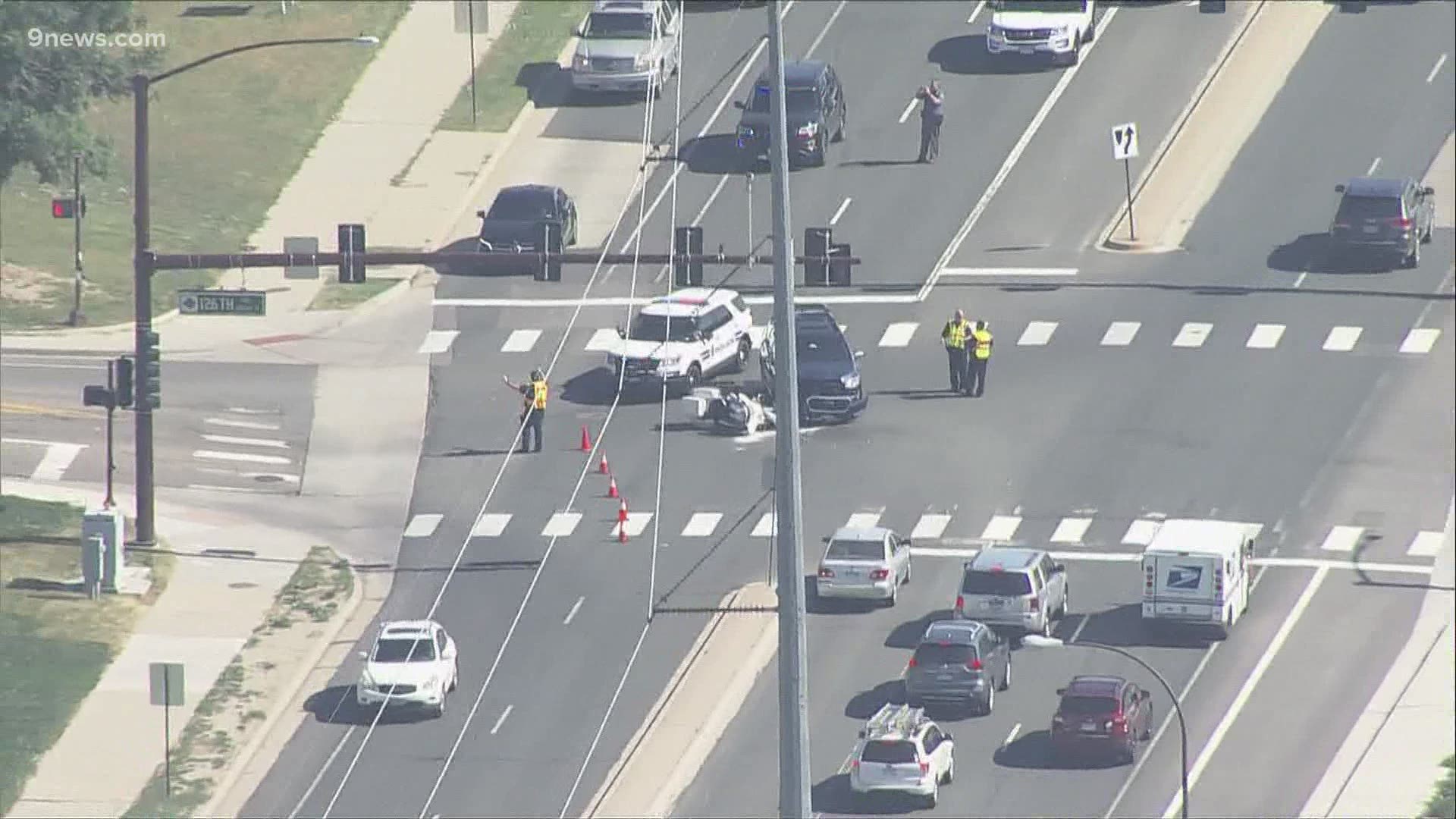 THORNTON, Colo. — A Thornton Police Department (TPD) officer was seriously injured in a crash Monday afternoon, according to police.

The crash happened in the area of East 126th Avenue and Washington Street. Sky9 flew over the crash, which involved two vehicles in an intersection. One of the vehicles was a marked police motorcycle, and the other was a blue SUV.

The officer was taken to a hospital with serious injuries that were not life-threatening, according to TPD. The other driver was not injured.

Colorado State Patrol (CSP) will investigate the crash, as is standard procedure when an officer is involved, TPD said.

Anyone with information on the crash can contact Metro Denver Crime Stoppers at 720-913-7867 or metrodenvercrimestoppers.com. Tipsters can remain anonymous and may be eligible for a reward of up to $2,000.