Thornton ‘triceratops’ not a triceratops after all

The 'triceratops' fossil found in Thornton wasn't a triceratops after all ... instead, it's an even rarer find. 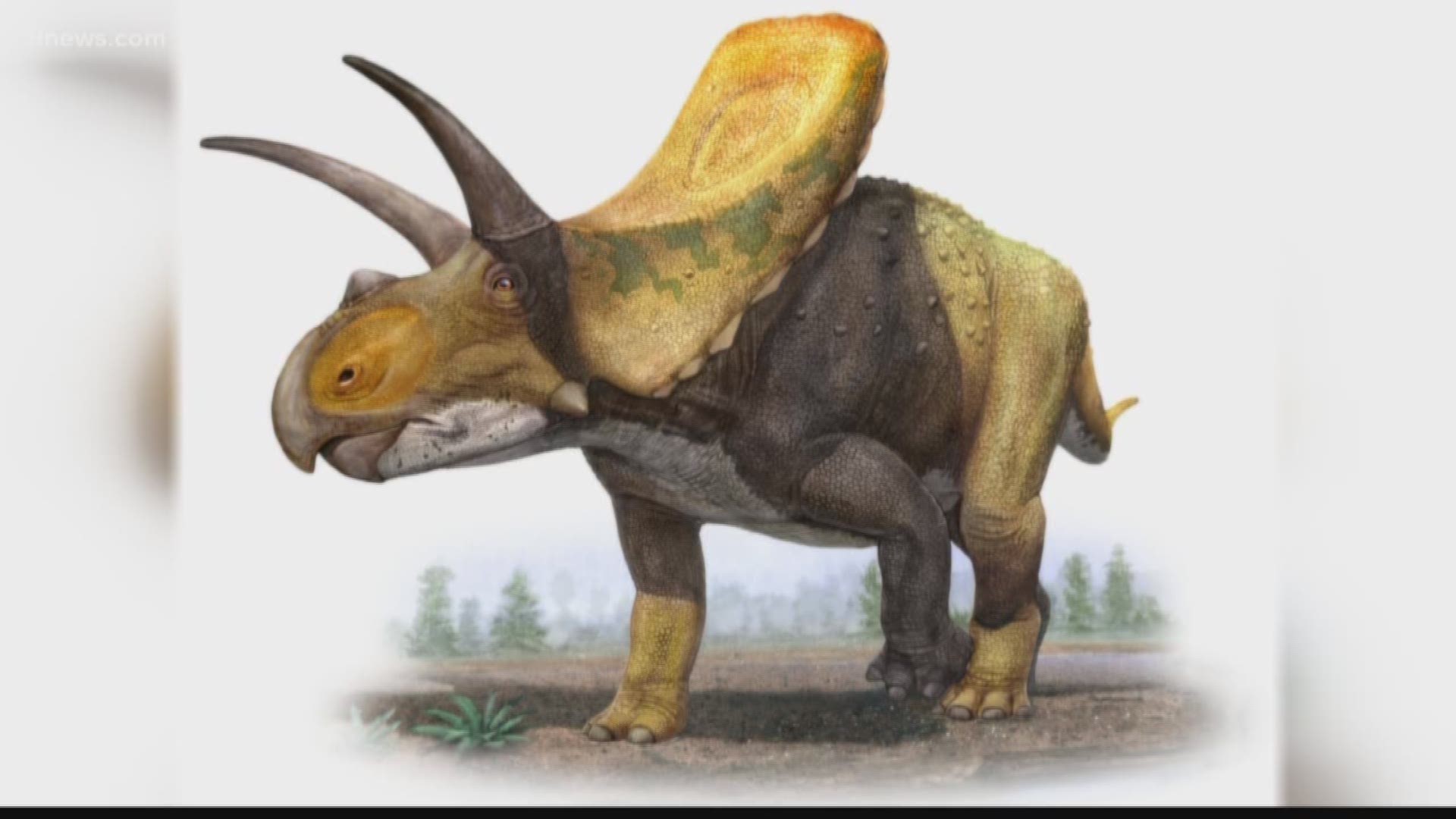 Sure, it’s 66 million years old, but that doesn’t mean it still doesn’t have a few tricks under its sleeve.

Back in August, construction crews in Thornton unearthed a rare triceratops fossil in a parking lot. At least, that’s what they thought.

Now it’s December, and the Denver Museum of Nature and Science made a surprise announcement: it’s not a triceratops!

That’s according to a news release distributed Tuesday morning. The good news is, it’s still a dinosaur – in fact, it’s one that is very similar to a triceratops … unless you’re a seasoned paleontologist, that is.

A map of the Torosaurus dinosaur bones found.&nbsp;

Scientists at the Denver Museum of Nature and Science say the fossil belongs to a rare Torosaurus, a close cousin of the triceratops that has a longer, more delicate frill and two very large holes.

“While the number of good Triceratops specimens collected from the American West likely exceeds 2,000 individuals, there are only about seven partial skulls of Torosaurus known,” Joe Sertich, curator of dinosaurs at the Denver Museum of Nature and Science, said. “The Thornton beast is by far the most complete, and best preserved, ever found.”

Finding the dinosaur fossils was already a big deal – most of the fossils found in Colorado are closer to 10,000 years old, according to the Denver Museum of Nature and Science.

This fossil is an even bigger deal: with an estimated 95 percent of the skull and at least 20 percent of the skeleton identified, this specimen is the most “complete Cretaceous period fossil discovered in Colorado,” the Denver Museum of Nature and Science wrote in a news release.

And, since crews are still working to clean the fossils, we might learn more about this magnificent ancient beast.

There were even more dinosaur bones found in Thornton

How big of a deal is that Thornton triceratops, really?