Three months before red flag law goes into effect, gun owners hold meetings to discuss how it will impact them

The red flag law will allow weapons to be seized from persons the court deems a significant risk to themselves or others. 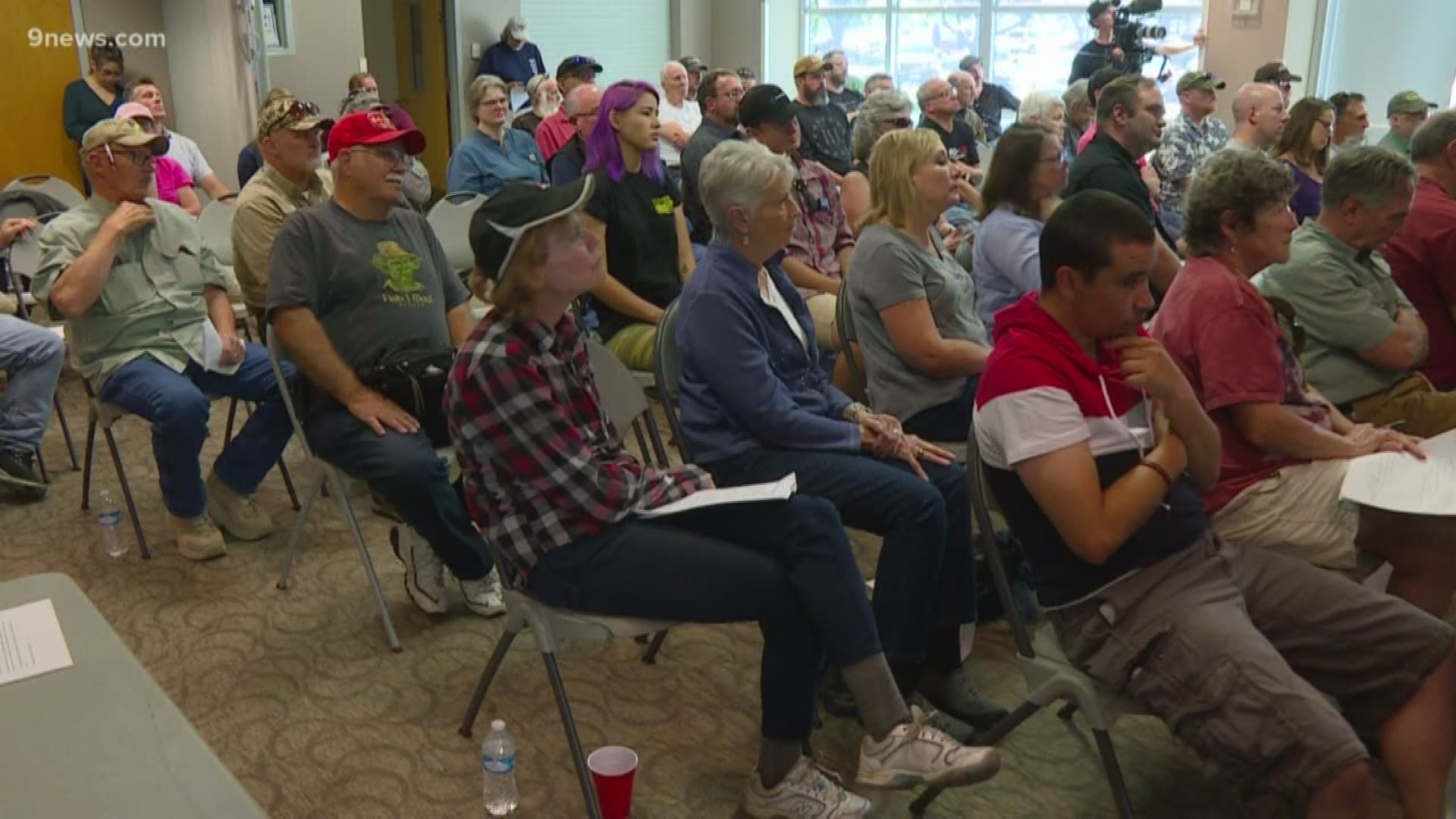 Some gun owners have been protesting its passage for months, but now gun rights groups are holding meetings around the state to educate people on how the law could impact them.

At a library in Longmont Saturday, gun owners came armed with more than just their weapons; for two hours, more than 100 people had questions about how the red flag law could impact them.

Weld County Sheriff Steve Reams knows this situation well. He's done dozens of presentations like this, telling people around the state why, as the sheriff of Weld County, he will not enforce the red flag law. Now he says he's willing to sit in his own jail if he's found to be in contempt of the law.

"There's a lot of concern for this bill, and that's repeated every time I give this presentation or every time I interact with a group," said Sheriff Reams. "We deal with a lot of people that have mental health concerns that end up interacting with law enforcement.  The red flag law doesn't address mental health concerns. It addresses whether a person who may be mentally ill has a weapon, but it doesn't deal with that person."

One of the faces in the crowd was Rod Brandenburg, a pawn and gun store owner in Longmont. He says in the 25 years his shop has been operating, he's sold nearly 60,000 guns. Now he wonders what could happen if a complaint were filed against him and his guns were taken.

"We are one of the largest volume gun dealers in the state of Colorado," said Brandenburg, owner of Grandpa's Pawn and Gun. "I am the steward of a lot of people's pawn loans. I am holding this product for them. Should I get arrested and they confiscate these guns, that's going to inconvenience hundreds of people."

Whether or not that could happen remains to be seen. A lot of the questions asked today were met with more confusion than answers.

Dozens of counties around the state, including Weld County, have passed resolutions declaring themselves 2nd amendment sanctuary counties, meaning, they don't plan to enforce the new law.