Tired of fireworks going off in St. Louis? Here's what you can do about it 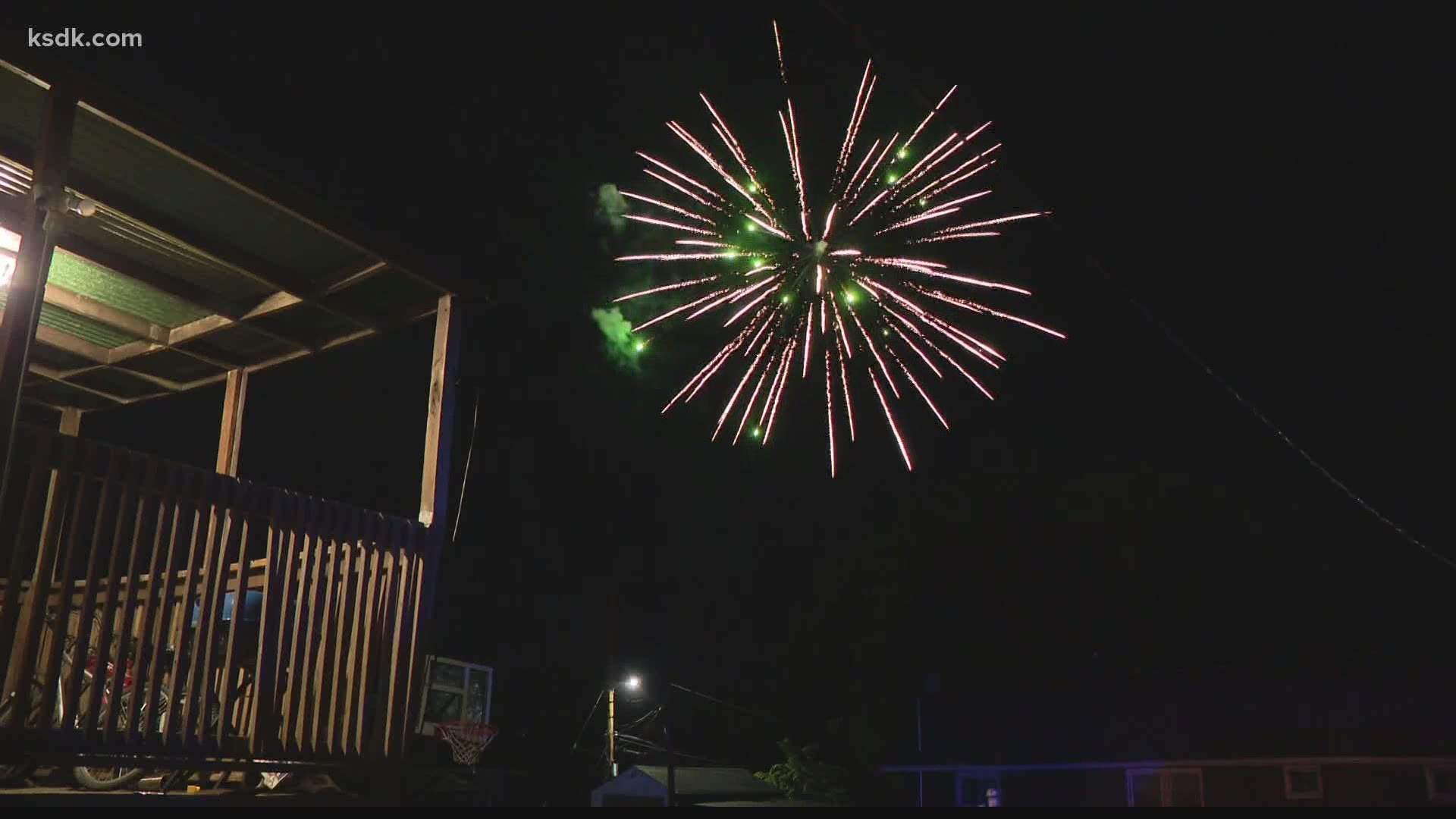 ST. LOUIS — Fourth of July is still more than a week away, but the skies have been lighting up for weeks.

In the City of St. Louis, there's been a significant spike in firework-related complaints, since not everyone is happy about the flashing lights.

These numbers are at a high, even though buying, selling, and using fireworks is prohibited in the city.

RELATED: Are fireworks legal where you live?

Public display of fireworks can be done if you get written approval from the city fire marshal.

If you're tired of the fireworks, a spokesperson for the police department says, the best advice is to contact police instead of interfering.

We're told you should call the non-emergency line (231-1212) or 9-1-1 and provide specific details, including descriptions of the subject(s) shooting the fireworks, location of occurrence, etc.

Chief Dennis Jenkerson with the St. Louis Fire Department says to call the fire department if you are worried of a firework catches your home or property on fire.

So, why the surge? Coronavirus may play a big part.

"People aren't going on vacation, they are staying home. There's a bit of money left behind, so they're buying fireworks," Jenkerson said.

For WashU Psychologist Dr. Tim Bono, he believes this can also be related to behavioral economics. Behavioral economics is the intersection of economic and psychology that looks at how people make decisions on what they are going to purchase.

Dr. Bono says they've learned that this well-tested study shows that when something becomes a scarce, people want to get their hands on it even more.

"When we've been learning these firework shows are being cancelled in the coming weeks and people have been looking forward to it all year, that makes people want fireworks even more," Dr. Bono said.

The fact that there's been pent up energy during quarantine and the need to go outside could also be a part of the reason.

"I think there’s been a certain level of pressure and desire to get out that’s been building up," Bono said.

Whatever the reason, Chief Jenkerson said it's a risk factor.

In a news conference Friday afternoon, he passionately explained his concerns.

"I had a fire captain who lost his life fighting a fire that was cause by fireworks. He was two weeks away from retirement. he left behind wife and couple children," Jenkerson said.

He also said children are usually the ones hurt from fireworks, so he urges parents to make sure they are looked out for.

Jenkerson also said he wants to make sure everyone has smoke detectors placed, just in case a firework causes a fire. And even though fireworks aren't allowed, he says, they're prepared for a busy and noisy weekend.

"We're having extra members on duty and extra EMS on duty to hopefully take care of any injuries," Jenkerson said.

The penalty for shooting off fireworks in the city could be a fine of $100-500 and/or five to 90 days in jail for each violation.

As for St. Louis County, a spokesperson for the St. Louis County Police Department told 5 On Your Side  between midnight on June 19 and 6 a.m. on June 22, there were approximately 219 calls for service attributable to fireworks.

It is also prohibited to sell, buy or use fireworks in the county, unless you have a permit.

We're told a frustrated resident should contact police and they can provide an accurate location of the act, description of those lighting the fireworks, and how long it’s been occurring. They should also note if this is a reoccurring problem.

The spokesperson says, "Fireworks are troublesome for many in our communities, including those with PTSD or other unique needs, and pets." 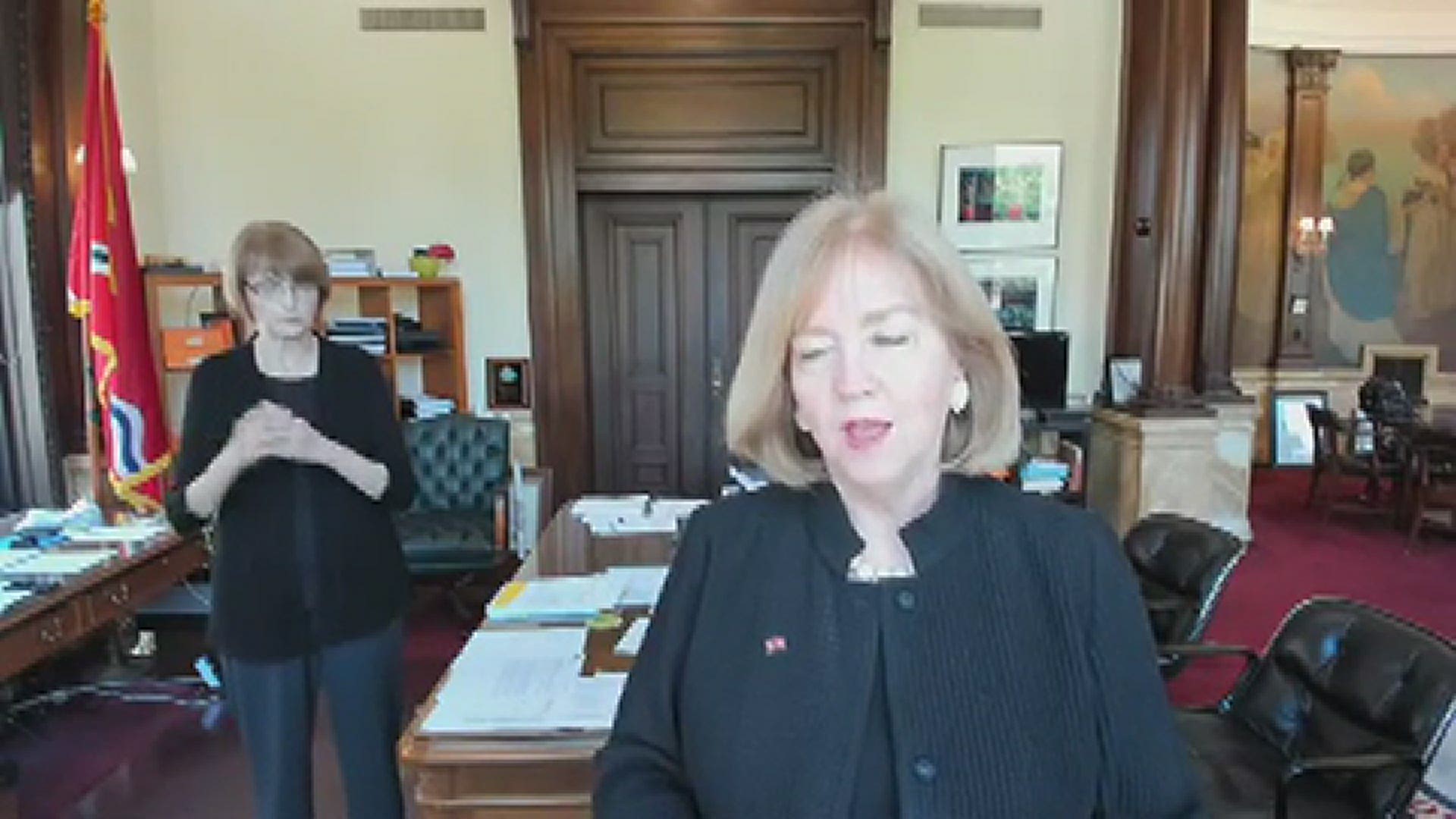 RELATED: Are fireworks legal where you live?

RELATED: Safety tips for people planning on lighting their own fireworks this year