There are now warnings in Boulder, Denver and Aurora over potential pet-killing toxins. 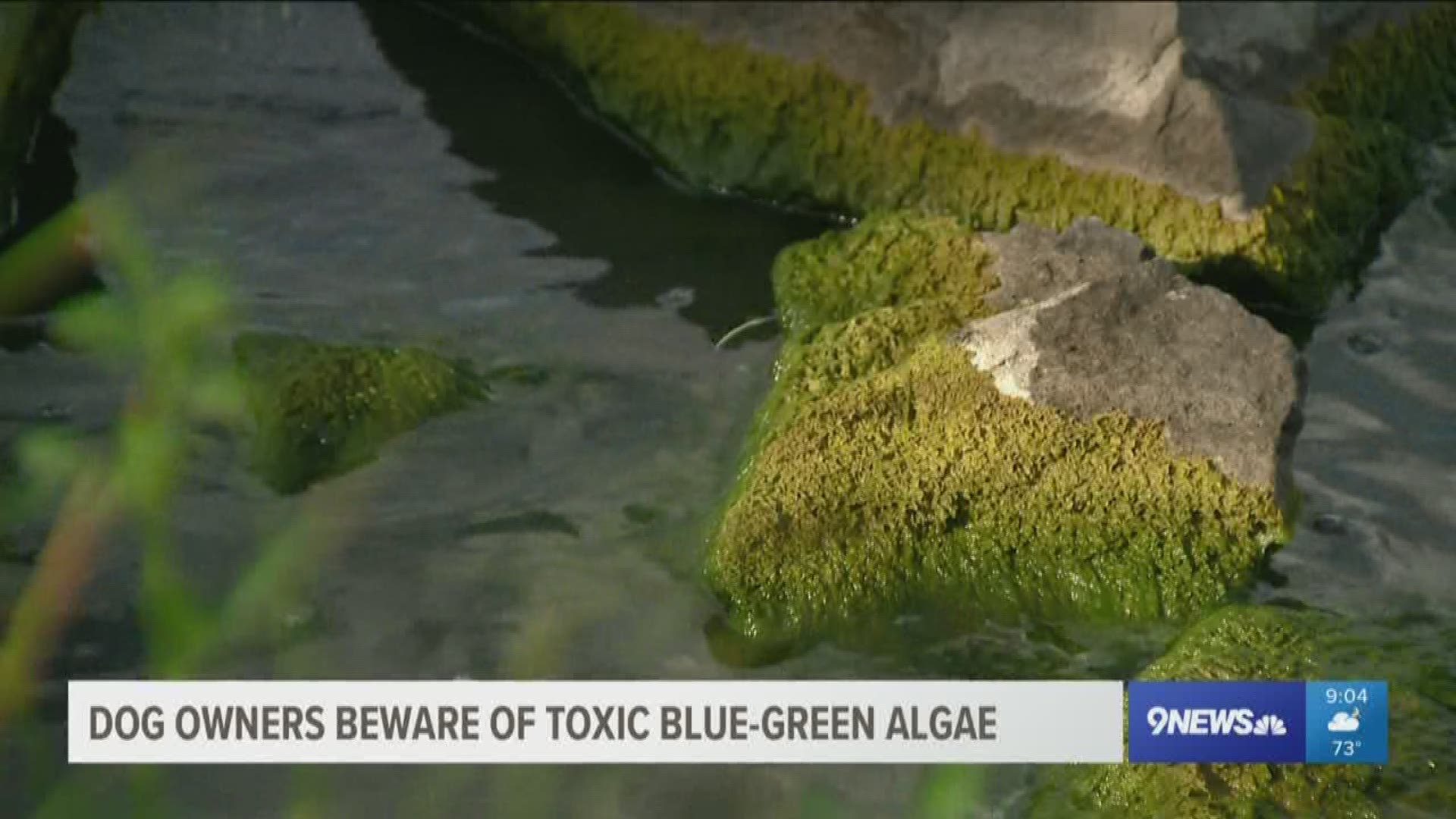 DENVER — Something about the water is alluring to dogs like Cooper and his owner Lexis Mitchell.

"Cooper really likes to swim," Mitchell said. "He likes to play frisbee. So, we go to parks where can run around a lot."

But, something in the water is keeping dog owners Ian Flaws and Alex Marcus from letting their dog Maybe take a swim.

"Yeah, whenever we're near water, when we're camping or walking, he'll always kind of show interest in it," Marcus said.

That something is toxic blue-green algae detected in places like Sloan's Lake in Denver.

"I think it's concerning. I haven't heard anything about that and I think dog owners should be knowledgeable about the different toxins to their dogs just so that way you know," Mitchell said.

"The toxin seems to be worse this summer," Dr. Longo said.

The vet from VCA Firehouse Animal Hospital says only a small percentage of blue-green algae produce toxins. But, when they do, it only takes a little dose of ingested water to be dangerous.

Flaws says they have been careful.

"We were aware of it," Flaws said. "We have been keeping him away from the water the last few weeks."

Mitchell says there should more visible warnings for pet owners as she takes Cooper around Sloan's Lake.

"I'm not surprised it's fatal. I think it's really sad and I think it's upsetting that there's not more signs about it," Mitchell said.

Even if there are no man-made signs, Dr. Longo says there are signs, in the water, if you look.

"The best advice is to keep yourself and your pet out of ponds, especially ponds that look like they have, you know, green paint on the surface or a frothy, what you would expect algae to look like on the surface," Dr. Longo said.

Last week, a dog swam in a pond in the South Metro area and died from suspected toxic algae. The City of Boulder is warning residents about Wonderland Lake and Thunderbird Lake. The City of Aurora has closed Quincy Reservoir Park for the same issue.

"Just to see if the water looks clean," Mitchell said. "If it doesn't look clean, I don't want him swimming in it or drinking from it."