3 trailer homes lost, another damaged in fire in Adams County 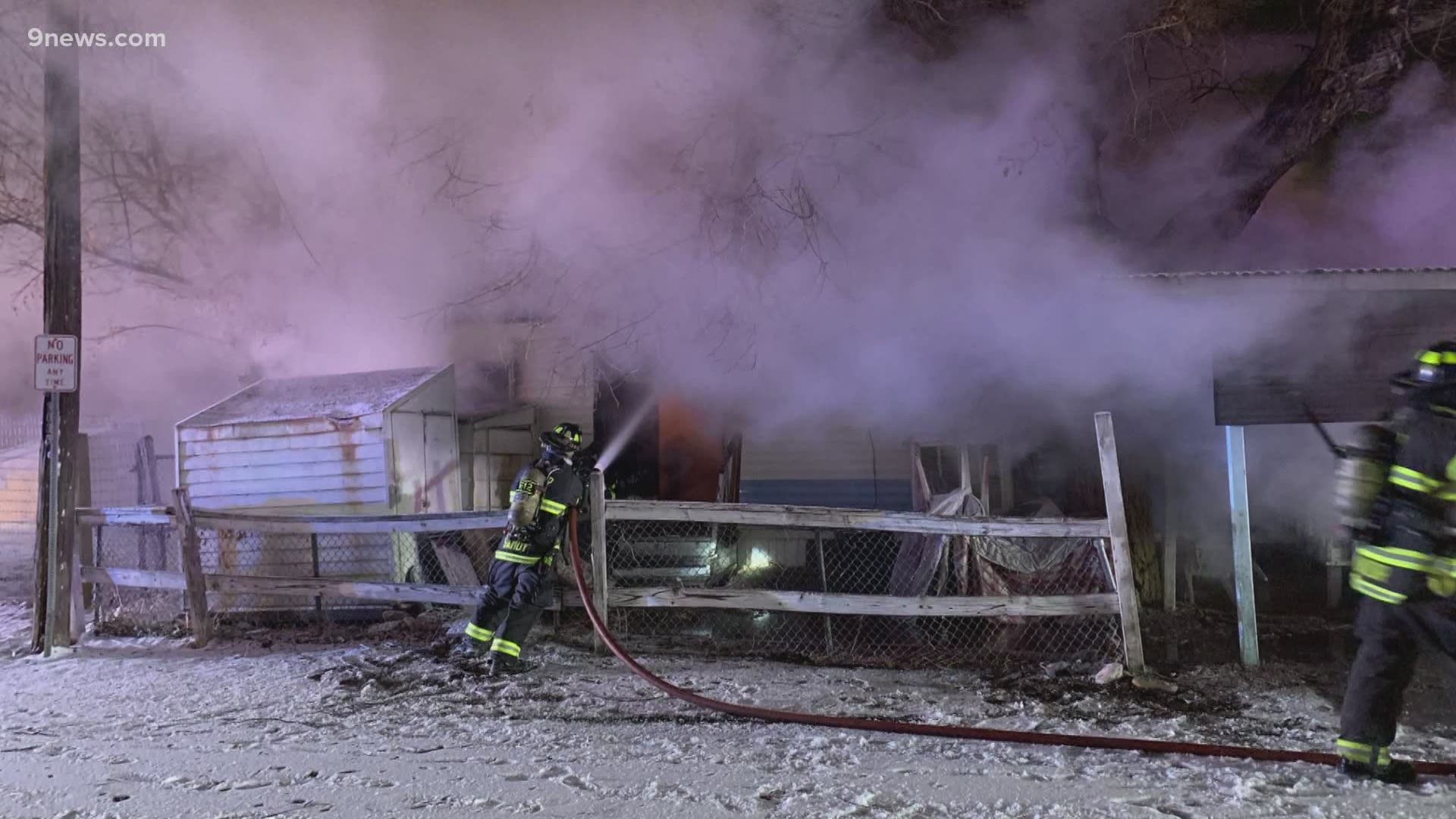 Three trailer homes were completely lost in the fire and another had slight damage All residents were evacuated, and four people were taken to hospitals for smoke inhalation, the spokesperson said.

The fire was under control by about 6:15 a.m., and crews worked on putting out hot spots. Fire investigators were on the scene. The cause of the fire was unknown, but ACFR said arson was not suspected.

There was no further information on the condition of those who were taken to hospitals.

Xcel Energy was also at the scene. Other agencies that responded were South Adams Fire Rescue, the Westminster Fire Department, the Federal Heights Fire Department and the Adams County Sheriff's Office. A total of 20 units responded to the fire, ACFR said.

RELATED: Body found at golf course, cause of death under investigation