1 seriously injured in crash between train and semi truck

The driver of the semi truck was injured in the collision, and the accident is under investigation, police said. 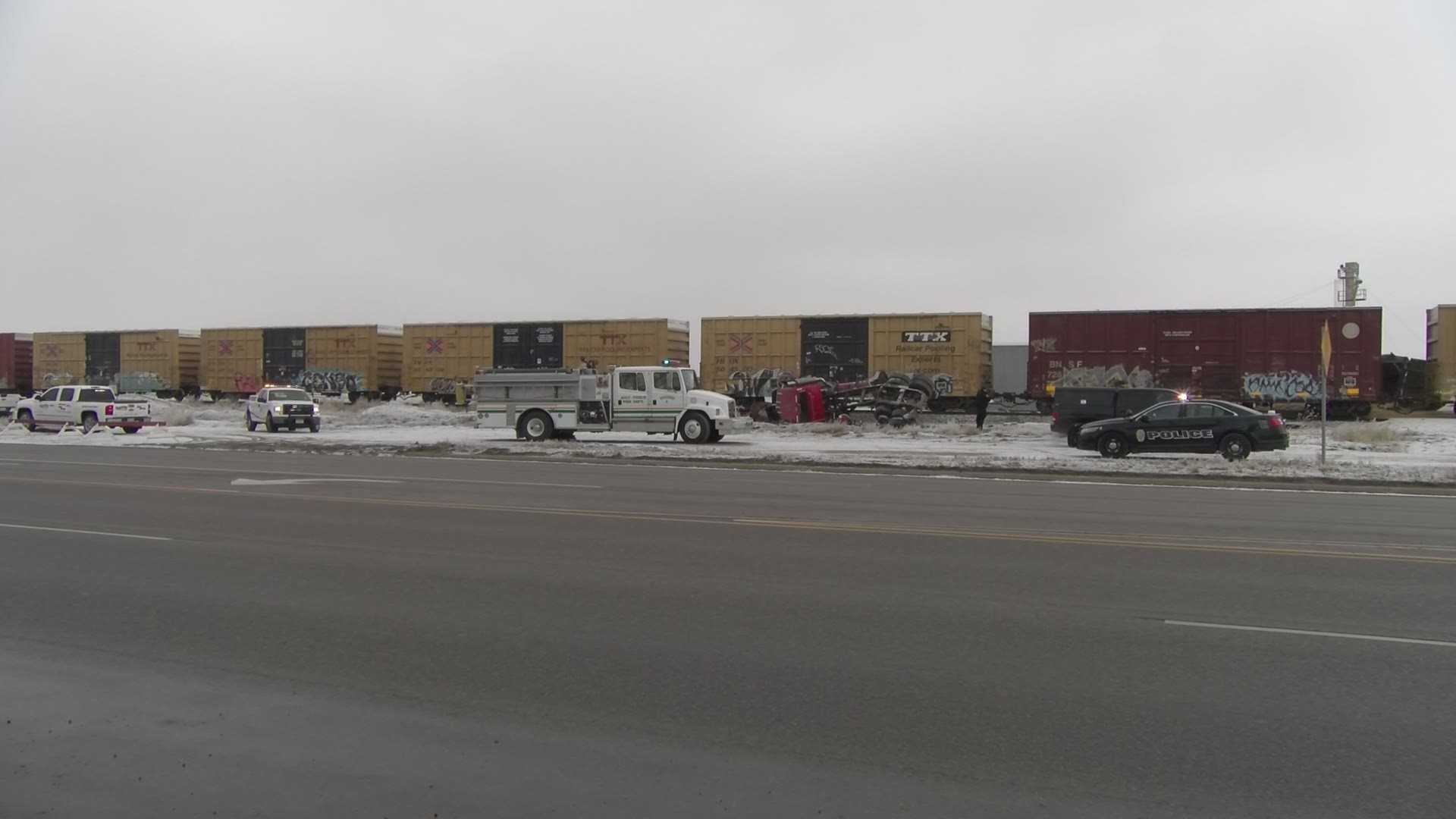 AULT, Colo. — The driver of a truck was seriously injured after a crash involving a train Thursday morning, the Ault Police Department (APD) said.

APD said officers responded at 7:23 a.m. to an accident involving the semi-truck hauling a trailer and a Union Pacific Railroad train at a rail crossing just north of State Hwy. 14.

The driver was taken to Northern Colorado Medical Center with serious injuries, according to APD.

APD and Union Pacific are investigating the accident. Anyone with information is asked to call Officer Germer at 970-834-1136, ext. 221.

State Hwy. 14 was closed for several hours Thursday morning but APD said it has since reopened.

Hazmat crews may still be in the area cleaning debris Thursday evening, but APD said there is no danger to the public.