Some Arvada residents woke up to trash covering their yards, plastic bags clinging to trees

The Leyden Rock neighborhood abuts the Foothills Landfill, and neighbors believe the trash blew over. 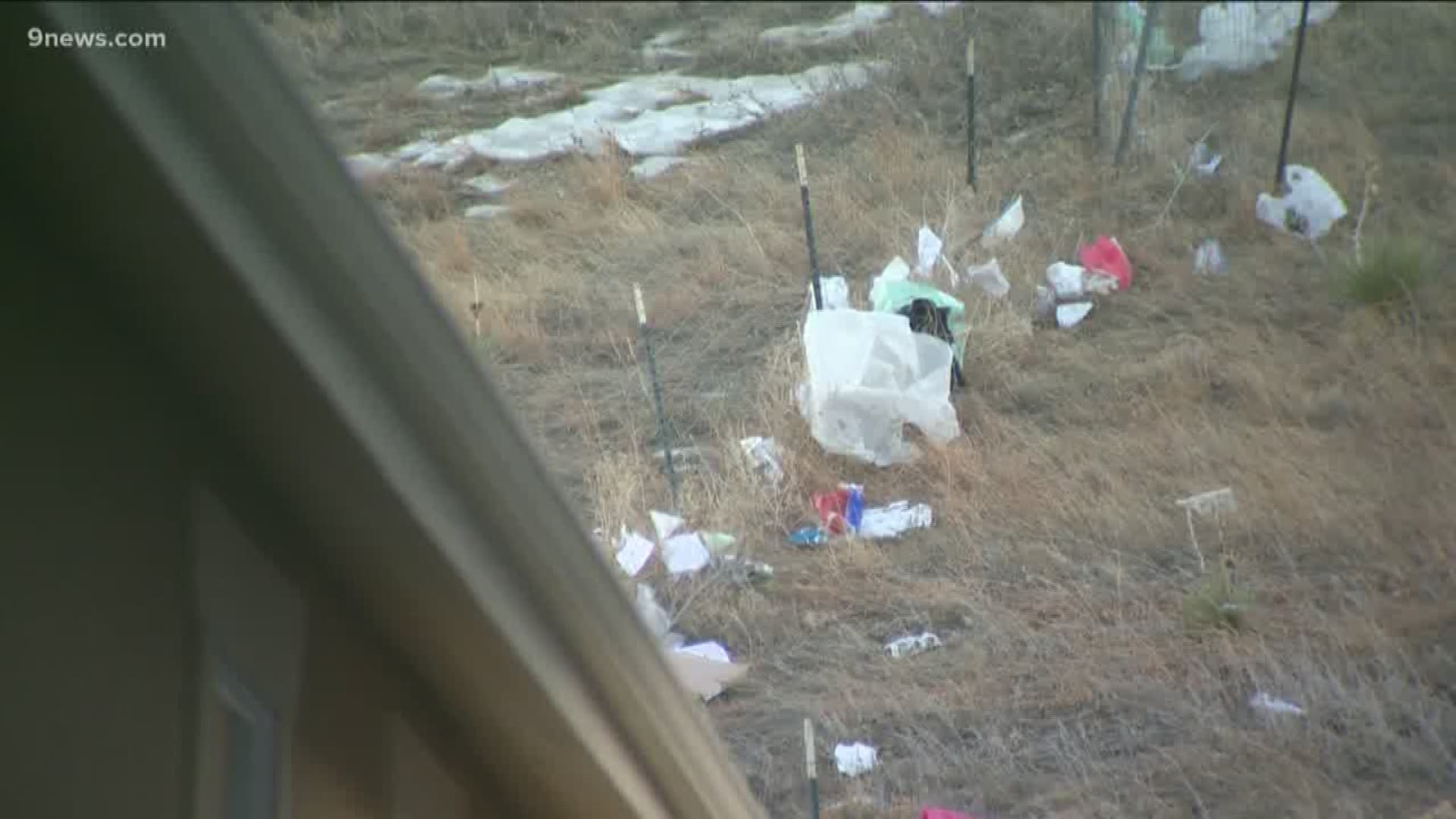 ARVADA, Colo. — When David Luongo woke up on the morning of Jan. 5, he looked outside and found his yard covered in trash.

His neighbors' yards looked the same, and the view beyond their yards was no better.

“It’s as if every single tree has at least one piece of trash in it," said Luongo, scanning his Leyden Rock neighborhood in Arvada.

Luongo only bought his house about a year ago, but neighbors who have lived there longer said when the winds are strong, the unsecured trash from the landfill next door blows in and gets trapped by their fences.

PHOTOS: Residents believe trash from a nearby landfill is blowing into an Arvada subdivision

1 / 12
Bryan Wendland, KUSA
Neighbors believe trash from a nearby landfill is blowing into the Leyden Rocks subdivision in west Arvada.

“Some unsanitary items, too — like used feminine products and diapers that we have to pick up and throw out," Luongo said.

The land just beyond his fence is owned by the Foothills Landfill, but the landfill itself is over the hill.

Deres said when they closed the landfill on Jan. 4 because of sustained winds over 35 mph, it was covered with six inches of soil.

The three layers of fences on the other side of Luongo's property were specifically created to stop the litter from going into the neighborhood.

“So, first of all, I’d like this to get cleaned up," Luongo said. "And second, I'd like there to be some kind of promise or guarantee that it’s not going to look like this again."

Deres said it's hard to guarantee that because of the high winds in the area.

About 20 litter pickers were sent out to help clean up the neighborhood.

Republic Services on Jan. 14 said it will enhance the barriers around the Foothills Landfill to keep trash from blowing away.