Douglas County has said it would leave the health department over the mask mandate. 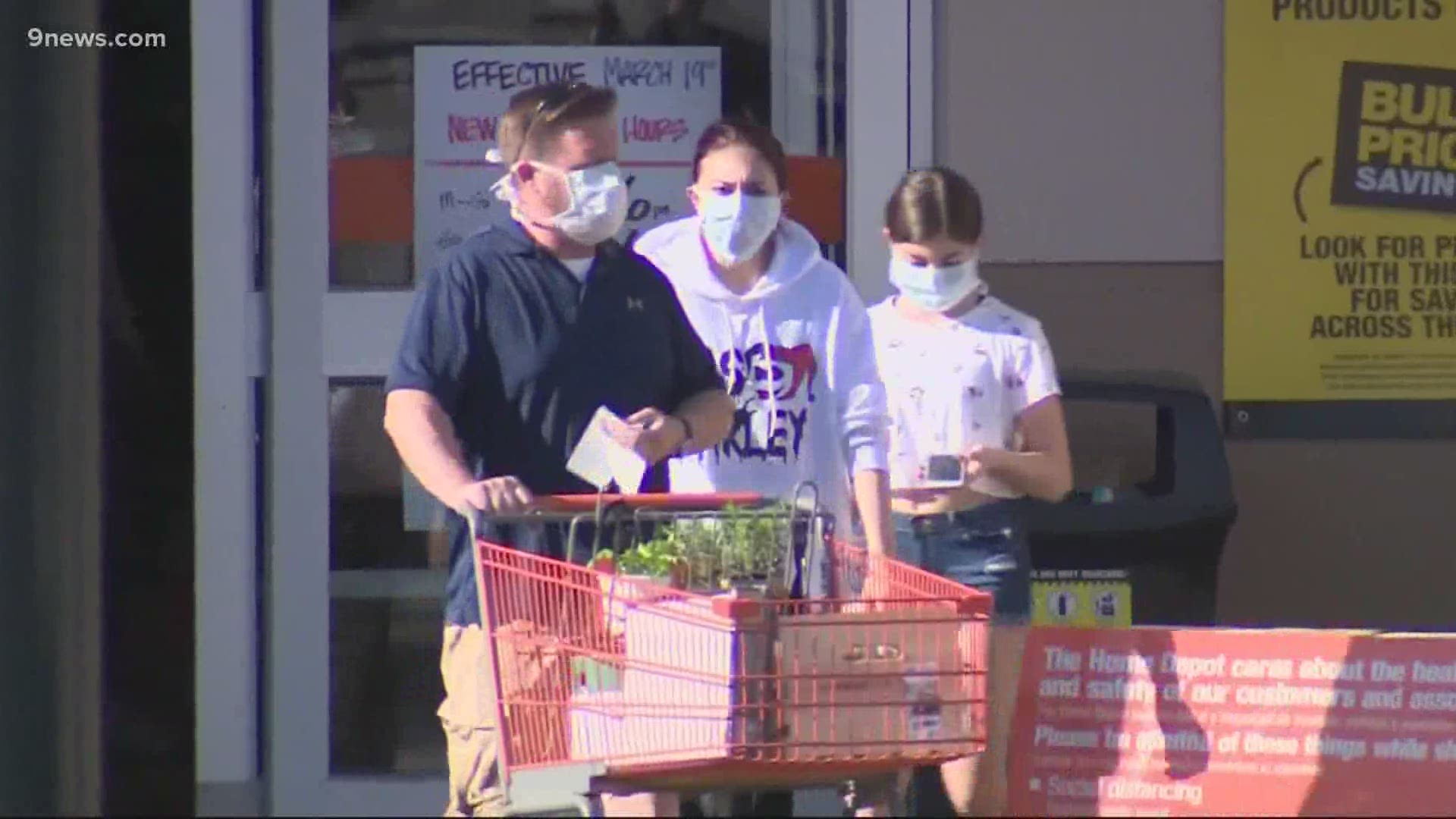 ARAPAHOE COUNTY, Colo. — The mask mandate for Adams, Arapahoe and Douglas counties that was approved by the Tri-County Health Department’s (TCHD) board will go into effect on July 24, according to a news release.

The order allows each county and their individual municipalities the option to opt-out. Douglas County’s Republican commissioners sent out a news release Friday saying they intended to do so – and that the mask mandate has also prompted them to ask to withdraw from the TCHD and form their own health department.

The mask mandate had initially been proposed for just Adams County and Aurora, which health officials said had the highest incidence rates of COVID-19. Other communities would have the option to opt in.

But, after an hours-long the discussion, the board ultimately approved a mandate for all three counties, saying it was their duty to present scientific health information.

RELATED: Hancock: 'We are going in the wrong direction' on COVID-19

The order requires that people wear facial coverings when outside their homes and unable to maintain social distancing in cities and counties that have not opted out. There are some exceptions for people who cannot wear a mask due to mental or medical reasons, as well as children under two years old.

must wear a Face Covering whenever they are outside their residence and unable to maintain, or where not maintaining, a social distance of six (6) feet from any non-household member or members.

Counties or cities that wish to opt out of the mask mandate must tell TCHD via email by July 23, according to the news release.

In May, Dr. John Douglas, the head of TCHD, told Next with Kyle Clark that they were hesitant to issue a mask order then because of perceived fatigue from public health orders.

In their individual statements, Douglas County’s commissioners expressed that they want a policy that is more appropriate for Douglas County and that they trust citizens to do what is best for them. 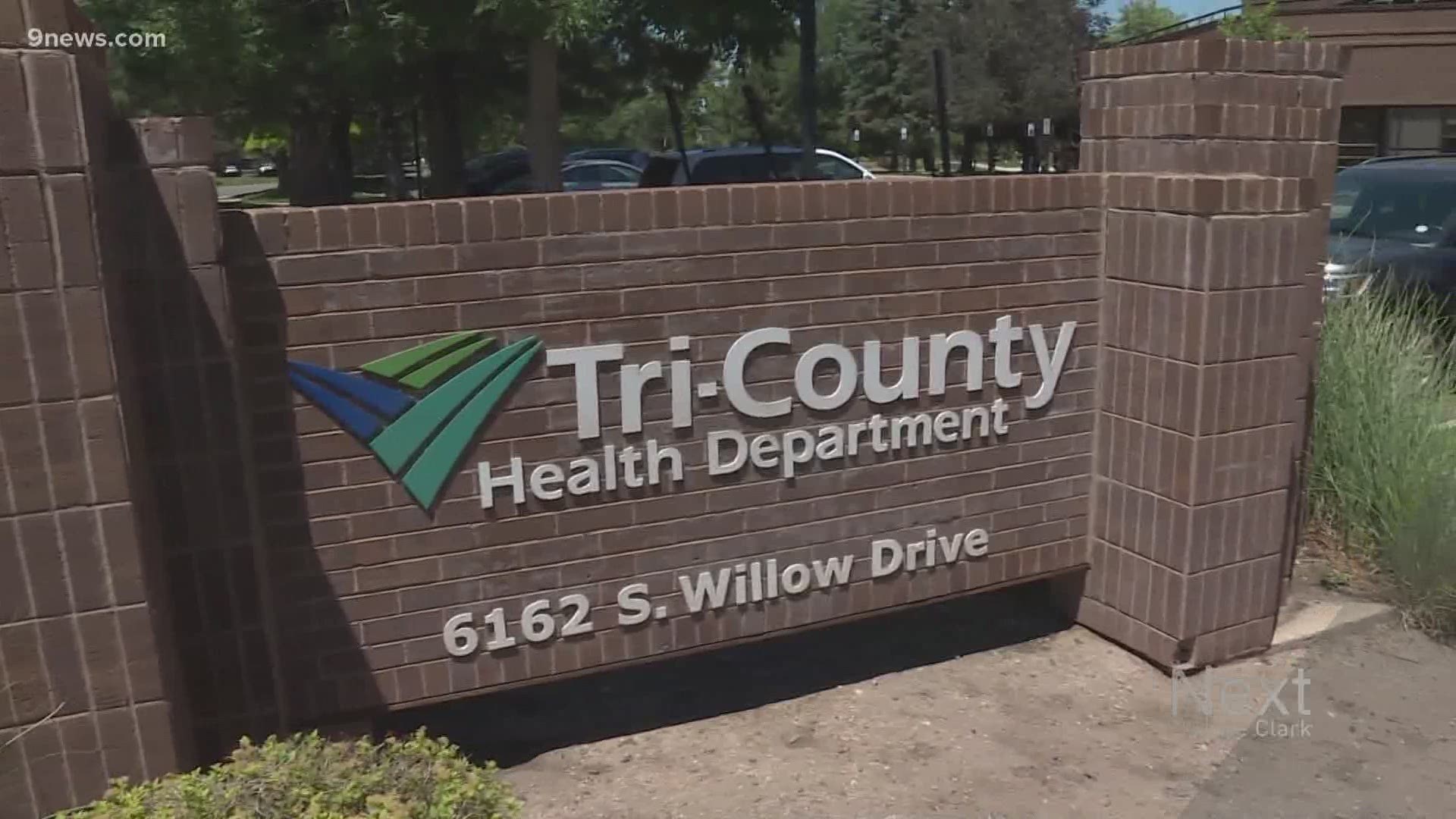 “Regarding the mask mandate opt-out, our remarkably favorable public health data, paired with the community’s current 75% mask-wearing voluntary compliance observed by TCHD, and based on Dr. Douglas’ recommendation that a mask mandate was not necessary for Douglas County, led us to this conclusion,” Commissioner Abe Laydon said.

In a news release, Douglas encouraged the use of masks through out the tri-county area ahead of the order.

"We are at least a couple of weeks away from requiring masks, but we need to continue to make thoughtful efforts to always wear our masks when we go out in public,” he said. “We strongly encourage everyone to wear masks especially inside places where social distancing cannot be maintained.”

How the mandate will be enforced in the areas that don’t opt out wasn’t immediately released.

Neighboring Denver has had a mask mandate since May, and Mayor Michael Hancock announced Friday he planned to up enforcement after noticing non-compliance.

Gov. Jared Polis (D-Colorado) has not issued a statewide mask order, though he was highly encouraged face coverings.

“Wear a damn mask,” Polis said during a news conference on Thursday.