On his 100th birthday, Tuskegee Airman wants to inspire the next generation of pilots

Col. Charles McGee celebrated by taking to the air. But his day was hardly about him. 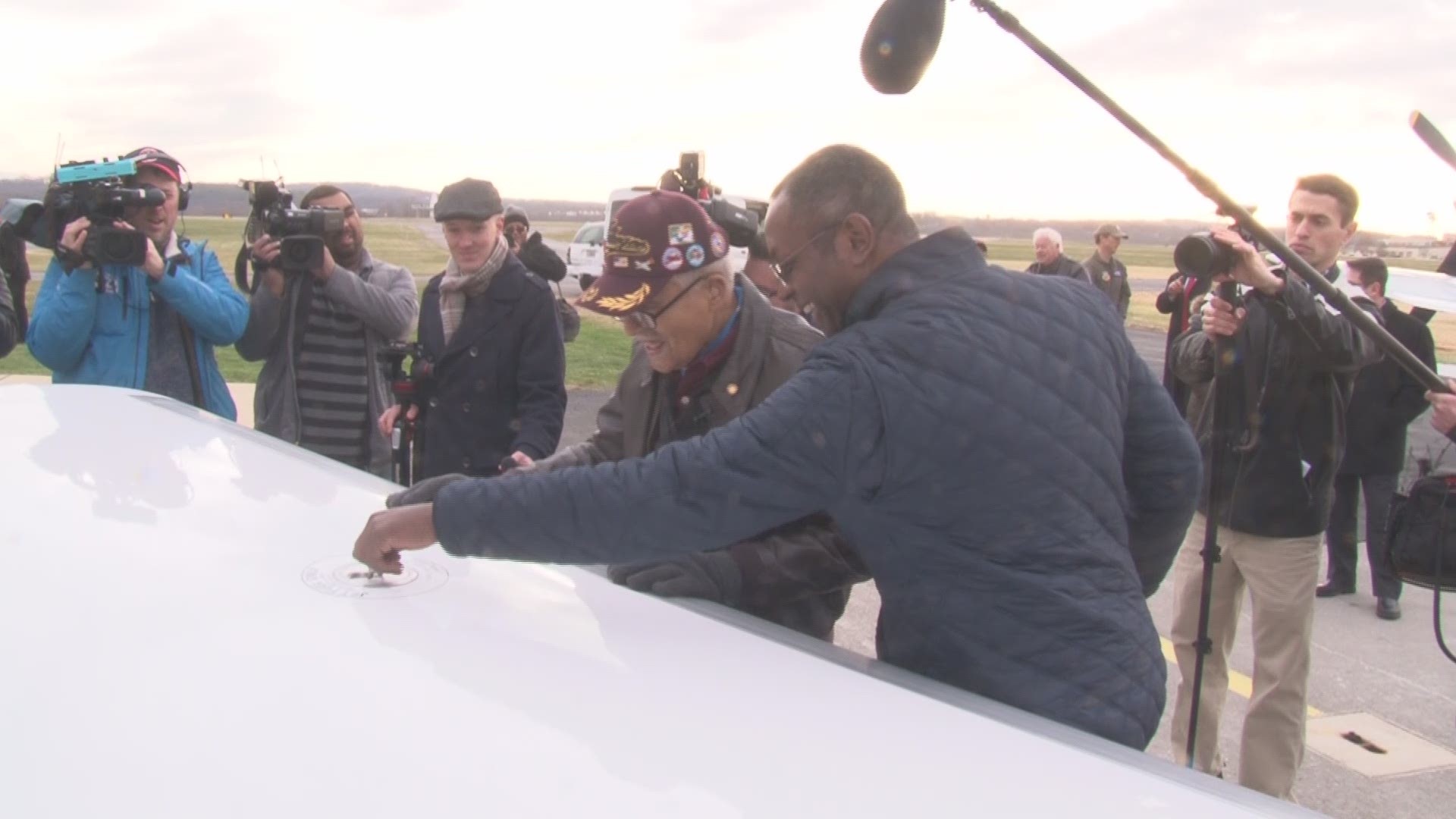 FREDERICK, Md. — Most birthdays don't involve a $3 million private jet, but Charles McGee wanted to celebrate his 100th birthday in the air.

"It took me a half-second to decide," Boni Calderia of Cirrus Aircraft, who was asked to take McGee flying, said.

The former Tuskegee Airman from Bethesda turns 100 on Saturday, and said as he climbed into the pilot's seat of a Cirrus Vision Jet, that his birthday was not about him.

"Aviation is an important technology and something we hope all youngsters get an interest in," McGee said, surrounded by local and national media covering the celebration at Frederick Municipal Airport.

During World War II, white pilots went home after 50 missions, but McGee flew 136 flights over Nazi Europe. McGee then served in Korea and Vietnam and earned the Congressional Gold Medal.

Calderia said the centenarian was young again at the controls, even though the jet was hardly the P-51 fighter McGee flew in World War II.

RELATED: One of the last living Tuskegee Airmen will ride again in the WWII plane he trained in

"He's mentally ahead of me," Calderia said, noting that McGee "hand flew" without the aid of autopilot for almost all of the flight. "He’s still looking forward—to me that’s what keeps him going. It’s truly inspiring. No matter what your age, you have a contribution to make."

The pair flew to Dover Air Force Base in Delaware before returning to cheers in Frederick.

RELATED: The future of flight is female, say women pilots flying from Md. to Europe

Before going into a hangar birthday party, McGee said he hopes to inspire everybody-- especially young people-- to take flight.

"It’s so important that everything we do is an inspiration for them and moving them in the right direction," McGee said.