Two runners' stories from the Boston Marathon 5 years ago

A Conifer man and 9NEWS reporter Katie Eastman share an experience that will never leave them. 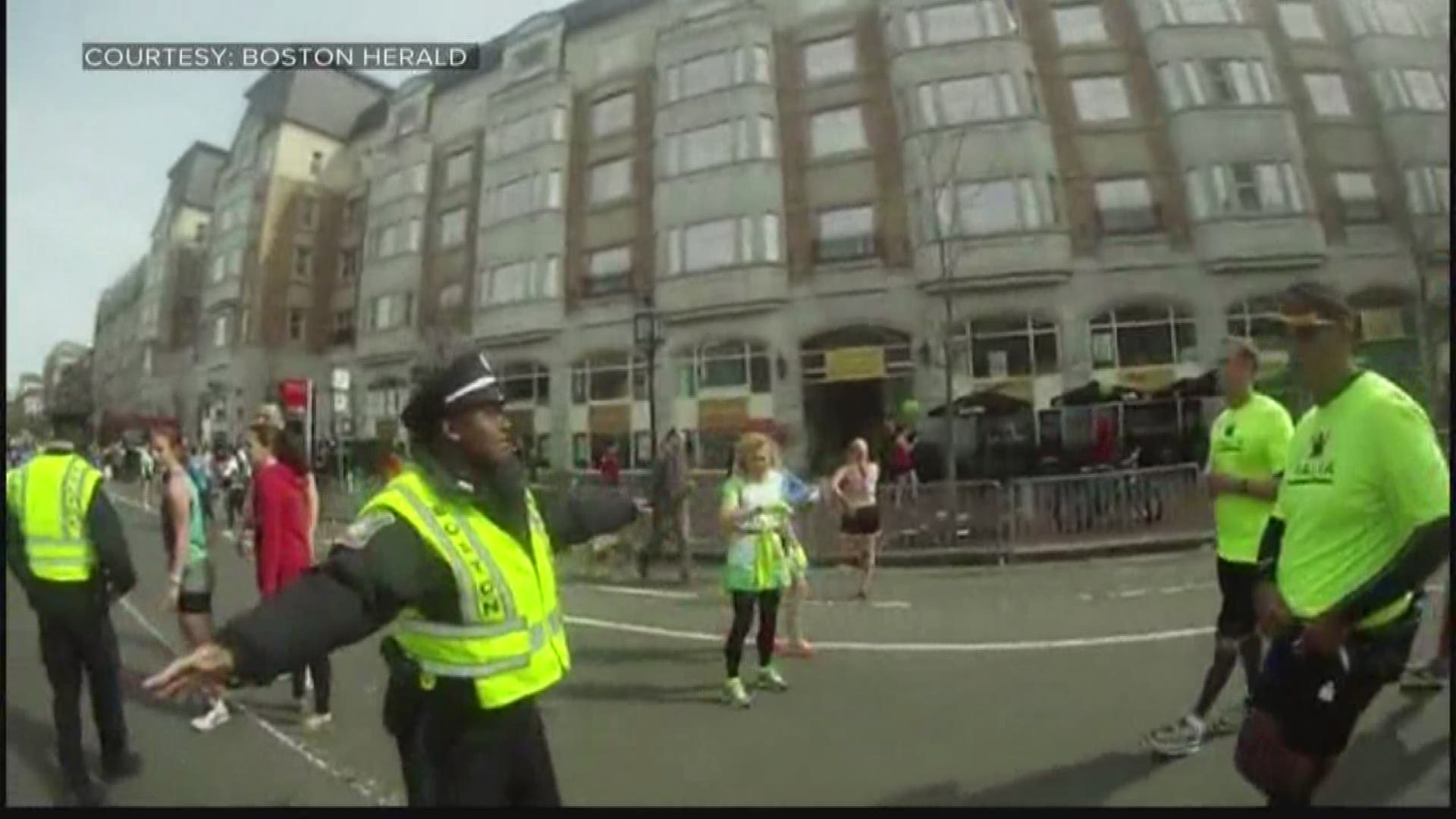 Boston — A Conifer man and 9NEWS reporter Katie Eastman share an experience that will never leave them.

On April 15, 2013, they both started the 26.2 mile race from Hopkinton to Copley Square, in Boston. Greg Kalkwarf finished the race in his best time ever, but minutes later heard the first explosion while he was re-hydrating in the medical tent.

Katie knew something was wrong around mile 23 when she saw Boston Police Officers whispering to each other.

They sat down to share their stories Sunday afternoon.

Katie Eastman: So we were both in the same place five years ago doing the exact same thing, but we have very different experiences. You crossed that finish line about ten minutes before the bombs went off.

Greg Kalkwarf: To hear the second one I think is when we realized something serious had happened.

KE: That is wasn't thunder.

GK: As I'm staring, like in a millisecond, I realize this person's missing their legs. There's been some sort of pretty serious explosion.

GK: Walk me through, when did you first find out?

KE: It was just so confusing and then at Kenmore Square (Around mile 25) they were just saying the marathon's over, it's canceled, and we had no idea why.

My 2013 Boston Marathon from Katie Eastman on Vimeo.

KE: How did that day impact your life?

GK: It is definitely a part of me. I can't unsee what I saw that day, so it has led to some nightmares.

KE: What was the best part of that day for you?

KE: They can't take that away from you.

KE: A big difference between our two experiences is I was living in Boston, and I worked in a newsroom. So I was talking to the survivors the next day. And you flew back.

GK: I didn't really get to experience the full memorials, I didn't get to leave my shoes, or go down and express my sympathies for those who did die that day. But knew immediately I was going to go back.

GK: Wanted to get back that finish line, reclaim it.

Kalkwarf recently finished writing a book about his marathon journey called 'Was That Thunder?'